Even though most people are aware that good oral health is essential for the overall health of both mother and child, misunderstandings about the safety of dental care during pregnancy may cause pregnant women to avoid seeing their dentist. The fact is that dentists can create a treatment plan that is safe, effective, and essential for combating the adverse effects of oral disease during pregnancy. 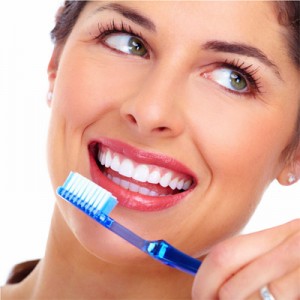 During the course of pregnancy, a woman’s oral health can undergo significant changes. According to an article published in the November/December 2010 issue of General Dentistry, the peer-reviewed clinical journal of the Academy of General Dentistry (AGD), pregnant women can experience gingivitis, pregnancy tumors, and mild to severe gingival enlargement. Clinically, pregnancy gingivitis is no different than non-pregnancy gingivitis. Patients will experience redness and inflammation of the gums, bleeding on probing, and increased tooth mobility. Between 30 to 100 percent of pregnant women will experience varying degrees of gingivitis. “Although bleeding and inflammation of the gums has been noted in all trimesters of pregnancy, it typically disappears three to six months after delivery, provided that proper oral hygiene measures are implemented,” says Crystal L. McIntosh, DDS, MS, lead author of the article. “Good oral hygiene and visits to a dentist can help to alleviate gum inflammation.” Pregnancy tumors are reported by 10 percent of pregnant women. These tumors, which are not cancerous, appear as a growth in the mouth and usually disappear after the child is born. They typically are painless and purple or red in color, but they can exhibit spontaneous bleeding. “If a pregnancy tumor is painful, bleeds severely, or interferes with eating, surgical removal is the treatment of choice,” says AGD spokesperson Robert Roesch, DDS, MAGD. Gingival enlargement, which is an overgrowth or an increase in the size of the gums, occurs less frequently than gingivitis and pregnancy tumors. In severe cases, the gums can “grow” to cover the teeth completely. “Pregnancy gingivitis and gingival enlargement are thought to be the result of a heightened response to bacteria in the mouth,” says Dr. Roesch. “That’s why it is extremely important to educate and motivate patients to maintain good oral hygiene during pregnancy.” If proper oral hygiene is not initiated prior to or during pregnancy, conditions such as gingivitis, pregnancy tumors, and gingival enlargement can worsen as the pregnancy progresses. Pregnant women should maintain their regular, semi-annual checkups and are recommended to visit Quali-Dent (622-3777) if they notice any changes in their oral health. The post Expecting? Don’t Neglect Your Teeth appeared first on Quali-dent – Your Miramichi Dental Clinic.