Miramichi Fishing Report for Thursday, May 28, 2015

The big news for this week is the first annual Miramichi Striper Cup tournament. It runs from May 29-31 (this weekend).

Doug White’s Tammerack Sports Fly Shop in Juniper said it’s getting to that time of the year again when everyone’s waiting for the sea-trout to arrive. The water is perfect in height, clarity and temperature so all we need is fish. There are a few people out but nothing yet.

W. W. Doak and Sons in Doaktown said there were no bright salmon reports, but a few bright trout were caught. One angler landed a 24 1/2 incher. They felt that if one wanted to catch trout, one should be on the river in the next week or two. Water conditions were very good.

Derek Munn of Ledges Inn in Doaktown and Mountain Channel in the Rapids area said it was the “in-between” season there with the spring salmon over and no bright trout or salmon yet, but they were waiting for them to show up soon. There were even a few smelts up that far which is a bit unusual. Water conditions were perfect.

Flies of choice were Muddlers, Humpies, White-tailed Green Machines and even some dry flies

Herb Barry Sr. of Herb’s Fly Shop on the Station Road in Blackville said some anglers were picking up some nice trout in the two-three pound range. Some were saying they were bright while others claiming they were black. The water was down nicely, but there were no reports of any bright salmon yet.

Flies of choice were Humpies, Muddlers and Mosquitoes along with some white bugs for trout.

Curtis Miramichi River Outfitting in Blackville said there were not many anglers out, except for the locals who were picking up some nice black trout in the two-pound range with the odd five-pounder reported. The water was a very good level. There were no reports of bright salmon or trout. Canoeing conditions were good. There are a few open spots left in the May 30th Saturday’s fly-casting school. Cost is $95.00 (1-506-843-2481)

Flies of choice were Muddlers, Bombers and some Gnats for trout.

George Routledge of George’s Fly Shop at the Mouth of Renous in Quarryville said there were no reports of bright salmon yet, and the bright trout had backed out with the smelts. There were some black trout in the 12-14 inch range being caught. Generally in was the quiet “in-between-season”. Water conditions were good, maybe even a tad high.

Jim Laws of Miramichi Hunting and Fishing in Newcastle, Miramichi reported lots of striped bass, which should be good for this weekend’s tournament. He had heard one report of a bright salmon caught by a bass angler, and only an odd trout report.

Flies of choice were Rat-Faced McDougalls.

Syd Matchett of Trout Brook Fly Shop on the Northwest Miramichi said angling there was quiet. There were no reports of bright salmon or trout. Syd said the smelts were still in around Red Bank, so the bright trout would not be up there yet, but he expected them soon. Most anglers were chasing striped bass. The water was perfect.

Debbie Norton of Upper Oxbow Outdoor Adventures on the Little Southwest Miramichi said the spring salmon season was over, but she had not heard any reports of bright salmon or trout yet. But anglers were getting some black trout. One angler caught a four-pounder. The smolts were still in the out-migration mode, but probably be finished within the week. Most anglers were out looking for striped bass, and having decent success. The water was in good shape, but dropping.

Flies of choice were Butterflies. Deceivers were being used with good success on the bass.

So with the Miramichi Striper Cup on for the weekend, and getting to the time for both bright salmon and sea trout, it is time to be out and “on the water”.

Check out Deals 4 U in Miramichi for your grocery needs, and good Cuban cigars to celebrate getting back to the rivers. Drop by Miramichi Marine, where they have a 2015 Princecraft Yukon 15 on special for $6,565. Click here to see more of their inventory.

Thought for the Week: “I love fishing.  You put that line in the water and you don’t know what’s on the other end.  Your imagination is under there.”  ~Robert Altman

Learn how one woman’s passion and her dedication to preserving ecosystems and habitat has helped change the world for the better.
Learn More About Mary 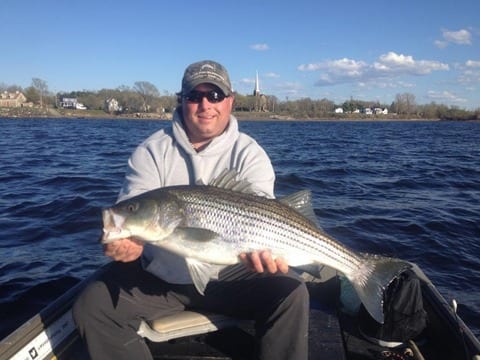 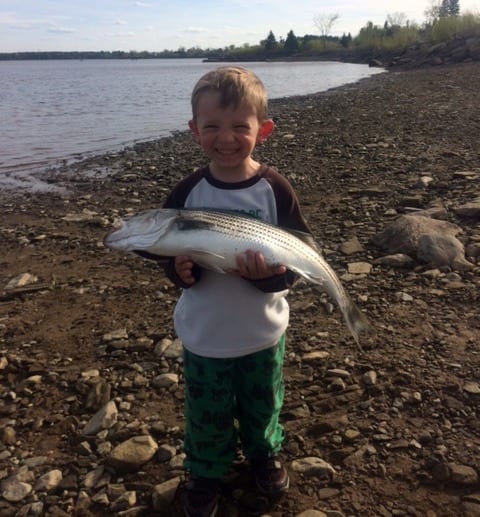 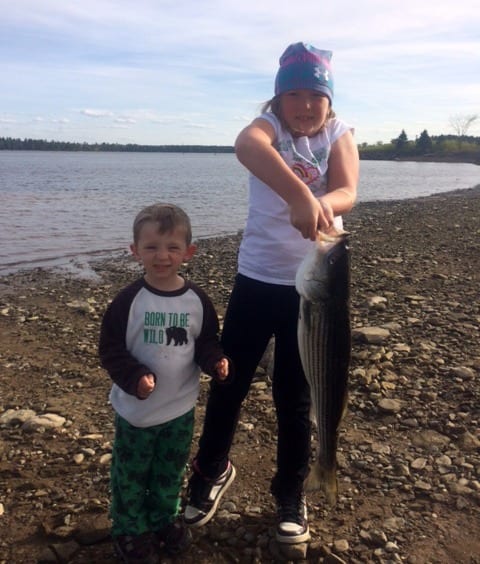