Birding in the Miramichi Region 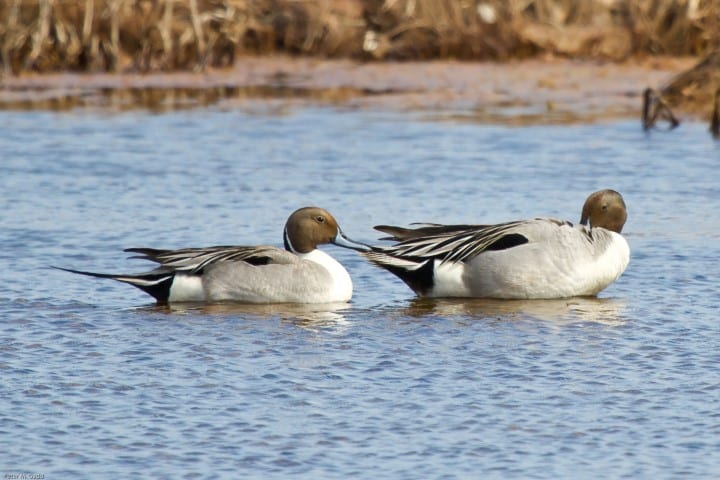 Some select locations for Birding in the Miramichi Region recommended by the Miramichi Naturalists’ Club (MNC). The MNC meets on the second Monday each month from Sept. to June at 6:30 at the Nelson Senior Citizens’ Centre. Visit www.miramichinaturalistclub.com to find out more. Photography by Peter M. Gadd. To view more photos visit the Mighty Miramichi Photo Gallery.

Miramichi Marsh (Miramichi Nature Trail) – Located near “Retirement Miramichi” this 20 hectare marshland was enhanced by Ducks Unlimited in about 2007. It features approximately 2 kilometres of easy to walk trails that wind around three ponds and skirt an extensive marsh area. The trails offer an excellent opportunity to view a wide variety of birds that enjoy a fresh water habitat. There is also a nearby good mix of wooded and open areas that support a diversity of songbirds. Members of the Miramichi Naturalists’ Club have recorded in excess of 100 bird species either inhabiting this area in the summer of using it as a stopping off point during migration. May through July are perhaps the best months to visit as the area is very active through the breeding season. As many as eight duck species raise their young in these ponds and marshlands in addition to Pied-billed Grebes, Sora, Tree Swallows and Eastern Kingbirds and of course Canada Geese. King fishers, Northern Harriers and Merlins also make frequent visits. Click here to view photos from the Miramichi Marsh Nature Trail. 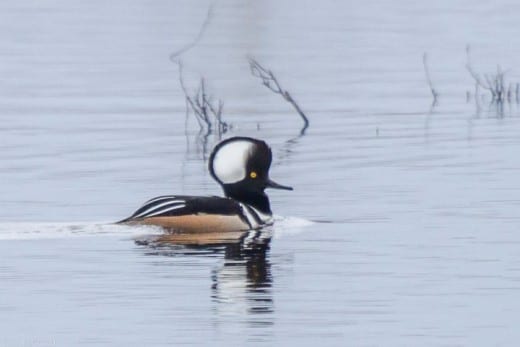 How to Find It – In the City of Miramichi, on Hwy 8, (Newcastle/Chatham bypass also called HWY 117) 500m south of Hwy 11 (Junction 119) turn onto General Manson Way. Then take first left onto Quebec St. Where Quebec Street meets Ironman Rd. you will be at the trail head. There is a signpost. The trail along the tree line is somewhat overgrown and the marsh itself will not yet be visible but you should be able to find the path along the northern edge of the field.

French Fort Cove – This popular park has a well-developed series of trails, some of which provide fairly easy walking, others are more challenging. The area is vast and hilly but is mostly mixed forest and therefore an excellent habitat for a variety of warblers as well as thrushes and other woodlands birds. There is a freshwater “cove”, home usually to Black Ducks but other ducks may be seen in the area occasionally. The trails are along the either side of a deep gorge through which Crow Brook flows. The trails on the east side tend to be easier walking than some portions of the trails on the west side.

How to Find It – French Fort Cove is located in the middle of the City of Miramichi, on the north side of the river, along King George Hwy, between the former communities of “Nordin” and “Newcastle”. A causeway crosses the mouth of the cove and a brick chimney left over from a former saw mill stands next to the road on the Nordin side. You can’t miss it. 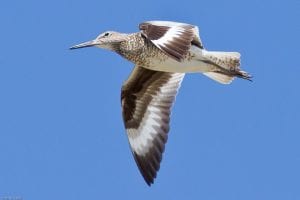 Hay Island , (Ile-aux-foins) – Located in Neguac, 30 minutes north of Miramichi on Hwy 11 this municipal park has a variety of habitats and consequently a variety of birds. About one third of the island is covered by mixed woods, there is a large area of fresh water and of course the island is surrounded by salt water as it sits on the edge of Miramichi Bay. Many Great Blue Herons nest in the area and Bald Eagles are frequent visitors. Migratory birds rest in the area during their travels including a variety of sea ducks, Yellowlegs and Sandpipers. Willets raise their young in the sand dune area that makes up the northern reaches of the island. The woods are home to a number of song birds of course. The island is accessible by car and the walking in the area is easy as it is flat and a well maintained boardwalk encircles a large portion of the freshwater wetland.

How to Find It – Shortly after entering the Neguac Village limits having travelled north on Hwy 11, turn right at a sign stating the park’s French name, Parc Ile-aux-foins, then travel about 500 m down Joseph Street.