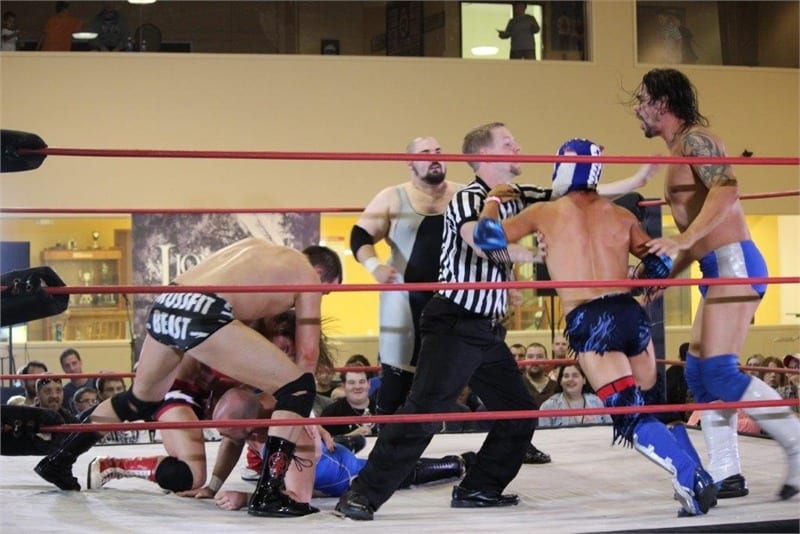 There was lots of excitement at the Innovative Hybrid Wresting (IHW) 10th Anniversary event at the Miramichi Curling Club on Saturday September 12th with special guest WWE Hall of Famer, Jake “The Snake” Roberts!

Fans screamed and cheered as their favourite wrestlers took to the ring including Dick Durning, Fantana, Remi Petit and Julien Young. Jake “The Snake” greeted VIP fans before the wrestling started and then made a guest appearance in the ring, taking down his opponent. Famous for being menacing, intimidating and totally hypnotic in the ring, Jake “The Snake” Roberts was a WWE Superstar capable of taking you down physically as well as psychologically. Slithering to the ring with a monstrous python concealed in a burlap sack, Jake used fear as a weapon as deftly as he used pain. His DDT finishing move is still one of the most brutal finishers ever unleashed. Jake “The Snake” became a fan favourite, thanks in part to his memorable rivalries with the Honky Tonk Man, the Million Dollar Man and Andre the Giant. WWE fans will never forget the Giant’s paralyzing fear of Jake’s pet python, Damien.

Click to enlarge any of the images below and to view even more photos from this event visit the Mighty Miramichi Photo Gallery.