After a decent bump of rain over a week ago, temperatures soared late last week and more or less brought fishing to a halt again with only a few fish taking.  The positive is at least anglers were seeing fish.

But the bigger problem is the lack of anglers this because many did not buy a licence because of the Hook & Release regulation.  Add to this the start of moose season which ends this Saturday, there are even fewer anglers out, so it is difficult to sometimes get an accurate read on the fishing.

Remember to be cautious, especially if going off the beaten track, and wear some Hunter Orange this Thursday to Saturday as it is still moose season.

David Ingersoll was the Master Angler during our trip to Wilson’s Sporting Camps this past Sunday.  He landed a grilse, lost another, had a pull and raised a couple.  Tom Pettigrew, Ivan Breau and I did see some fish, but had very little action other than a few raises.  The best I could do was a 13-inch trout with the season closed five days before.  But we had a great time, told some good stories, ate well and enjoyed the beauty of the place and the peacefulness of the river.  A special thanks to guide Terry Stone who ferried us to various pools by boat and by vehicle, and to Keith Wilson for donating the water for auction for the Salmon Museum in Doaktown.

I did have a close call at the lower pool.  I opened Terry Stone’s truck door to sit to put my waders on.  As I finished, I stood up and moved to the back of the truck where Dave and Terry and I started for the river.  Just then we heard this crashing and banging noise directly behind us.  A dead maple tree came crashing through surrounding trees and landed on to top of the truck door where I had been sitting and standing barely a minute before.  It gave rise to the age-old question; ‘if a tree falls in the woods and nobody hears it, does it make a noise?”  I’m not sure, but this one certainly made a lot of noise, nearly scaring us to death.  Just a bit too close for comfort. 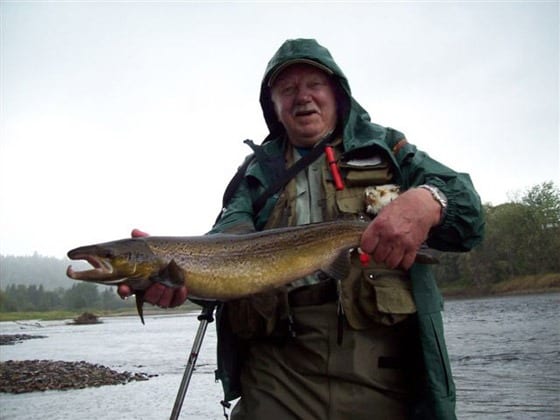 Dave Ingersoll with a male hook-bill caught at Wilson’s Sporting Camps on the Southwest Miramichi on Sunday, September 20, 2015. He also lost another and had one pull his line. Photo by guide Terry Stone.

W. W. Doak and Sons in Doaktown said the water level was dropping and the water had been warm with several hot days late last week.  However, cooler nights from Monday of this week have helped with the temperature.  The lower end of the Main Southwest (from the Mouth of the Cains down river) was a decent height, but above that, it was getting low.  Anglers were picking up a few fish, including a couple in the 25-pound range.  However, with few anglers out, especially with this week being moose season, reports were scarce.  The river could use a good day’s rain.

Flies of choice were Same-Thing-Murrays and White-tailed Green Machines, besides a move to Fall patterns such as Ally’s Shrimps, LT Specials, and General Practitioners.

Derek Munn of Ledges Inn in Doaktown and Mountain Channel in the Rapids area was out chasing Swamp Donkeys, and unavailable for comment.

Herb Barry Sr. of Herb’s Fly Shop on the Station Road in Blackville was away with the moose hunters this week and unavailable for a report.

Curtis Miramichi River Outfitting in Blackville said angling was slow with only the odd one being caught here and there.  However, anglers were seeing good numbers, getting pulls, bumps, but just not taking well.  The water was warm, but cooler nights this week were helping.  A good rain would be welcomed.

George Routledge of George’s Fly Shop at the Mouth of Renous in Quarryville is in the hospital with pneumonia.  We all wish him a speedy recovery!  Reports from Quarryville are poor with only a few being caught and few anglers out.

Jim Laws of Miramichi Hunting and Fishing in Newcastle, Miramichi reported angling as slow, with only the odd catch being reported.  The water was dropping quickly and was warm, especially on the weekend.

On the Striped Bass front he’d heard that they were catching at Gordon’s Wharf, and predicted they would be soon appearing in Miramichi’s Strawberry Marsh and the usual spots around the city.  It is still hook and release and is open to October 31.  The remaining retention period is October 24-31 when anglers can keep one a day, with a possession limit of one.  Size for retention is 50-65 centimeters.

Flies of choice were Dry Flies and Bombers and Fall patterns such as Ally’s Shrimps and General Practitioners.

Syd Matchett of Trout Brook Fly Shop on the Northwest Miramichi said angling was quiet and the water level was quite low again.  It had also warmed up last week, but cooler nights early this week were helping.  Generally, there were not a lot of local anglers out, especially with moose season on the go.

Debbie Norton of Upper Oxbow Outdoor Adventures on the Little Southwest Miramichi said there was an odd fish being caught.  Stephanie Elson had caught a grilse.  The water was low, but cooler temperatures early this week were helping.  There were a few fresh fish each day, but certainly not gangbusters yet.  She was still looking for a good Fall run.

Flies of choice were Marabous and a selection of Fall patterns.

So with at least some cooler days and nights, the water temperature show be a positive, and if we can manage to pick up some rain, it will be time to get out and “on the water”.

Thought for the Week: “There are always new places to go fishing. For any fisherman, there’s always a new place, always a new horizon.”
Jack Nicklaus 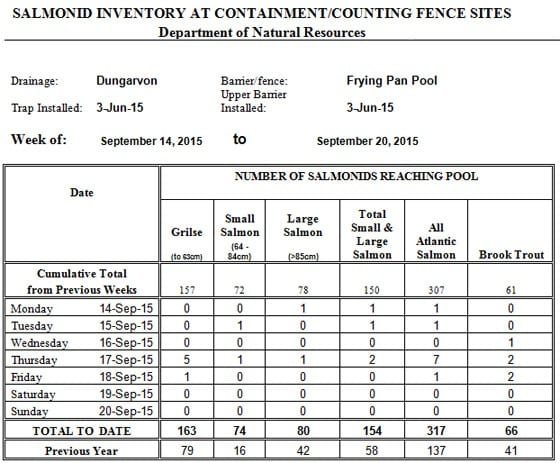 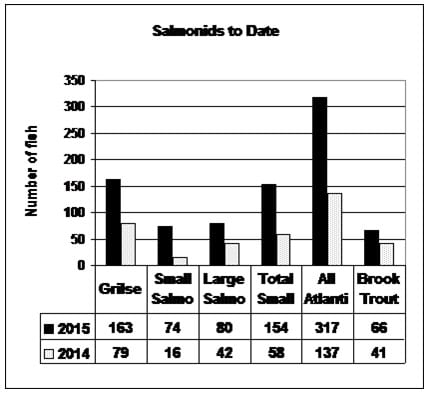 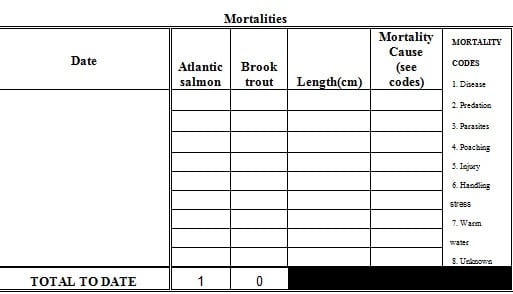 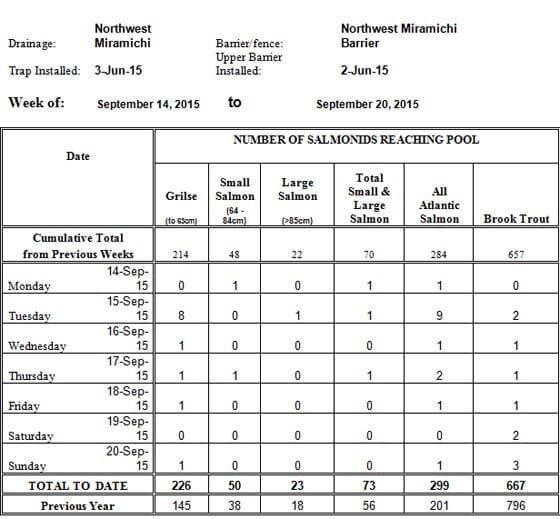 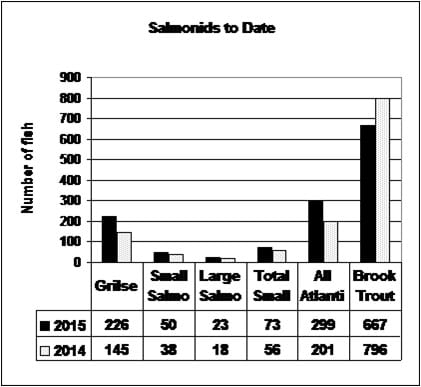 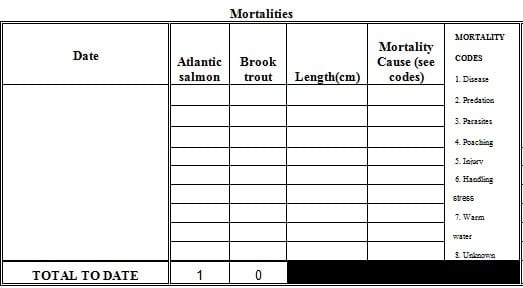