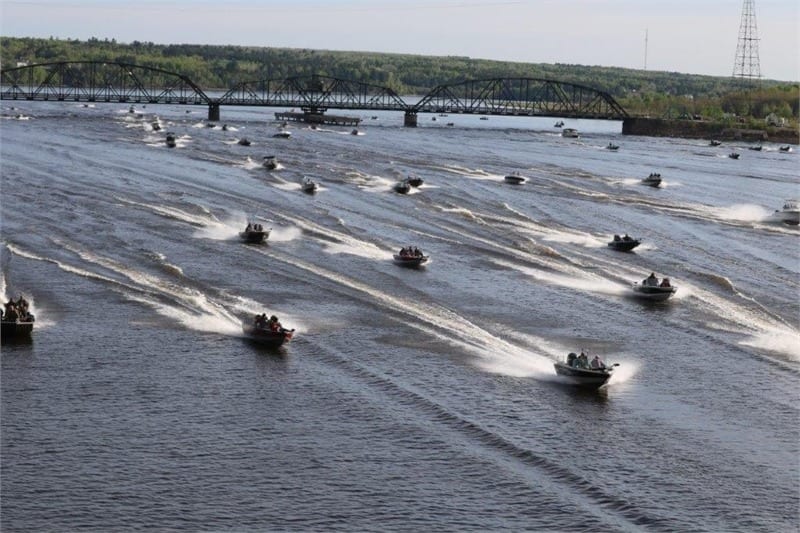 The 2nd Annual Miramichi Striper Cup took place over the weekend with lots of bass being brought in for weighing and plenty of fish tales being took home. Registration numbers increased this year with 189 teams in boats hitting the water, 967 individuals fishing from the shore, and 252 youth participating.

Organizer Jeff Wilson took to the Miramichi Striper Cup Facebook Page yesterday and had this to say:

“Well the 2016 Miramichi Striper Cup is in the books! A big thank you to Minister Bill Frasier and Mayor Gerry Cormier, Billy Fleiger, Tony Bucket Walsh, Jeff Mactavish, Paul McGraw, Dawn Manderville and the city workers for their efforts to make this a great event! Every year we will get better! Also a big thank you to my team handling weigh in – Andrew Sloat, Arron Hood, Ryan Hood, Ken Bowser, Jason and Kathy Forster, and all the volunteers that came to help out! Congratulations to team One Last Cast – Rene Leblanc, Benoit Hebert, Sandy Hebert and Glen Boudreau with 51.70 pounds total and a big girl of 18.05 pounds for the largest fish of event! David Murdock wins the shore event and Benjamin Murdock wins the youth division. Everyone still has a chance to experience the stripers in Miramichi as only 30% of the school has spawned! A couple of warm days and they will be on! Get up there and see what all the buzz is about! Finally a big thank you to all the participants! Your patience and understanding as we managed to load and inspect 189 boats and still start on time was outstanding. My commitment is to start now to make this bigger and better for next year!
Thank you all,
Jeff Wilson”

This year’s Grand Prize, sponsored by Miramichi Marine, Princecraft and Mercury, of a 2016 Princecraft Resorter DLX SC powered by a 40 hp Mercury outboard motor was won by Donald McCallum.

Click to enlarge any of the photos below. To view more images from the Miramichi Striper Cup, visit the Mighty Miramichi Photo Gallery.