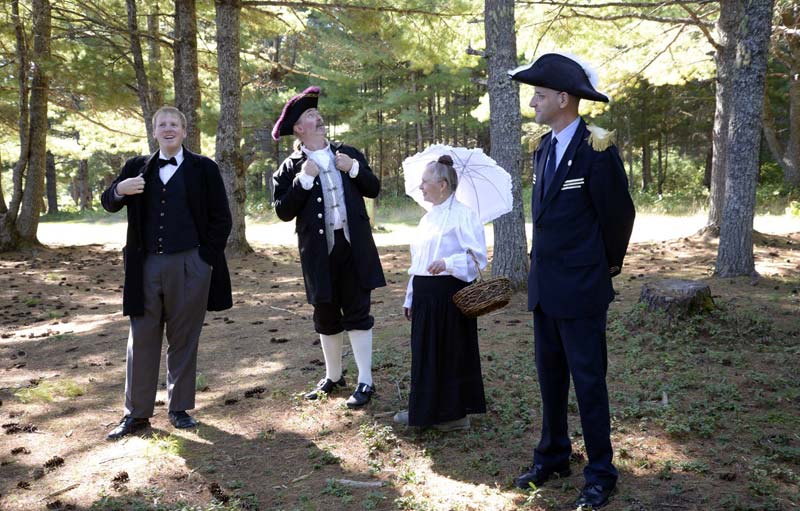 For 16 summers, the Beaubears Island Interpretive Centre has invited locals and tourists alike to journey through history and meet the heroes and heroines of Miramichi’s past. This year, the Friends of Beaubears Island (FOB) invite one and all to once again take part in captivating experiences unlike any other.

We are excited to announce this year that we will expand our existing canoe program to run daily. In accordance with our mandate of preserving, promoting, and interpreting the historical and cultural significance of our two national historic sites, we will operate up to three three-hour heritage-based programs, utilizing both our 26-foot Voyageur Canoe and a new 20-ft “Miramichi” canoe, which offers more versatility, as a unique means of travel to and from the historic sites. On the Island, you’ll not only hear about the deeds of the past, but experience the unique ecology as well. As the Island was one of the few places to survive the Great Miramichi Fire of 1825, it remains today as a unique ecosystem, a feature that ably compliments its well-known historical importance. The Island is home to 323 different varieties of vascular plants, including 69 introduced species. 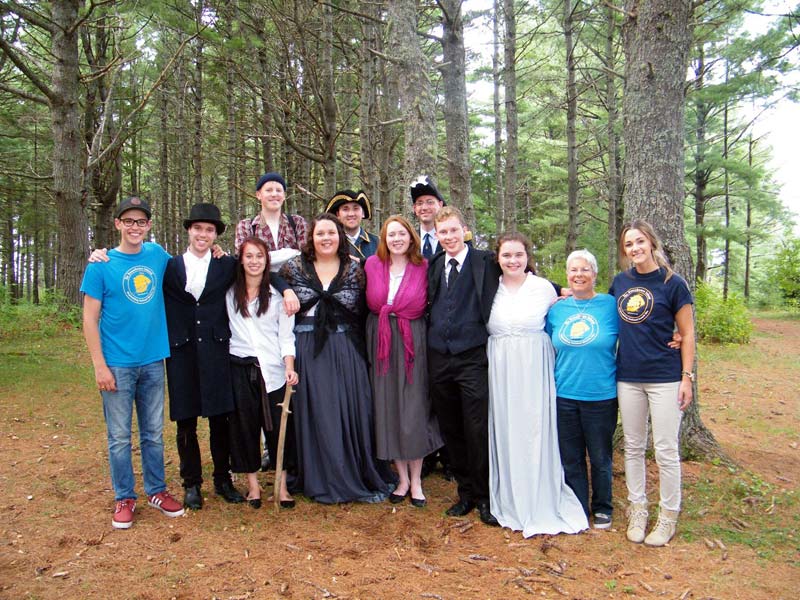 Our restored historic trails, which follow the perimeter of the Island and cut through its forested interior, are inviting as well. In an effort to promote active living, we will be offering punch passes, which allow the holder to walk the circuit regularly. Our tour boat will visit the Island hourly from 10 am – 1 pm and 4-6 pm, providing plenty of access to the Island’s scenic majesty. While strolling along, take the opportunity to view the remnants of the shipyard’s slips, and the foundations of several buildings. Marvel at the lofty pines which have stood sentinel for more than two centuries, and keep watch for the Island’s abundant wildlife, including our family of bald eagles.

Hoping to bring more attention to the Boishébert National Historic Site of Canada we have partnered with the Conseil Communautaire Beausoleil toward presenting a dramatic reenactment during the course of the Commemoration festivities, marking the Deportation, on July 28. Moreover, we will look to stage historical lectures, based on newly uncovered evidence, on the subject of Camp d’Espérance, one of the largest Acadian refugee settlements in present day New Brunswick during the course of the Seven Years War. Our overall aim is to draw more interest and attention to Acadian history, while focusing on the vibrant and strong Acadian character, which is central to Maritime identity today.

As 2016 marks 150 years since the building of the Goldfish & La Plata, constructed by John Harley and the last ships built on the Island, our programming this summer will look to pay homage to the Island’s final days of shipbuilding. Whether in the Interpretive Centre, or on the Island, FOB will commemorate the end of the shipbuilding era, and celebrate the Island’s transformation into a place of scenic repose and quiet majesty in the years that followed.

Finally, as always, our “Tours Through Time” historic journey allows visitors to hear the harrowing story of the Acadian Expulsion, of the French-Canadian commander Charles Deschamps de Boishébert, who led scores of refugees to Camp D’Ésperance, and of the great tragedy that followed. See this history come alive when you meet Acadian mothers, venerable soldiers, and even the commander himself, telling their stories with pathos and passion. From there, take a moment to step back in time to an age of wooden ships and iron men, a time when proud vessels gracefully glided across the azure bands of the Miramichi, a time when Beaubears Island lived and breathed the air of shipbuilding. Our historic tour carries you and yours into a time when the sound of auger, saw, and file were heard plainly among the pines and the Island shipyard turned out some of the finest vessels in the world. Visit with Scottish pioneer William Davidson, as he attempts to establish a fishery and ship mast business on the Miramichi River.

Hear the story of his early shipbuilding endeavours and the perils he faced during the American Revolution. As your encounter goes on, meet his protégé, James Fraser, entrepreneur and founder of the largest business establishment in New Brunswick, on the Island. Greet Joseph Russell who utilized the Island’s natural advantages to build as many as five large ships at once. Hear the story of the skilled tandem of John Harley and George Burchill, who gave the Island its last golden age. Take the opportunity to converse with Father of Confederation Peter Mitchell, lumber baron Hubert Sinclair, Nevada gold mine owner Florence McKane, and Norwegian businessman August Butenschen, who each acted as steward to this historic property. Finally, join Lieutenant Governor J. Leonard O’Brien as generations grapple with an Island no longer busy or inhabited. Tours to the island are offered daily by Captain Donna Savoy on board the Barbara Ann, and private escapes to the Island are only a phone call away.

Beaubears Island opens for the summer season on June 13, 2016. For more information on tours, and other events during the summer, call the Interpretive Centre at 622-8526 or visit www.beaubearsisland.ca.