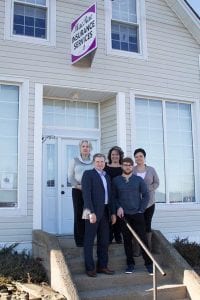 In July, 1981 MacRae Insurance Services was born when the husband and wife team of Brian and Faye MacRae purchased the former H.L. Dunphy Insurance Brokerage from Harold Dunphy. The young couple started the new business in their private home in Blackville with just one insurance company represented. The business grew out of the family home and into a nearby building that is the current location of Pai-Can Recyclers. As the years passed, it found its permanent location at 161 Main Street, a building with a long history of business in Blackville.

Built in the 1890’s, the building housed a general store operated by local merchants Jane MacRae and her first husband James Bean. When Bean died, Jane remarried to another local businessman James Gerrish and the two operated the store until the late 1930’s. In 1944, Roy MacRae purchased the storefront and, along with his uncle Walter MacRae, operated W. A. & R. L. MacRae General Store. The merchants also offered delivery service to the rural area for several decades.

Once the general store closed, Faye and Brian, who is Roy’s son, took ownership of the building. They also opened a second MacRae’s Insurance location in Doaktown.
In 2008, the building in Blackville was listed on the Canadian Register as a Local Historic Place.

Two years later, in December 2010, Brian and Faye retired and ownership of MacRae Insurance Services was passed on to their son-in-law Kirby Curtis. Kirby and his staff continue to provide the same friendly, quality service their clients have come to expect over the years. Brian and Faye have since moved to Regina, Saskatchewan.

The business has thrived over the 36+ years it has been in operation and now employs a full time staff of five and represents several insurance companies. The Doaktown office closed in August 2017 and those clients are now serviced through the Blackville location.

MacRae’s offers insurance services for home, auto, commercial, logging equipment, recreational vehicles, travel trailers and boats. For more information or to receive an insurance quote, visit macraeinsurance.ca, call locally at 843-6558, toll-free at 1-833-843-6558 or stop by their office at 161 Main Street in Blackville. 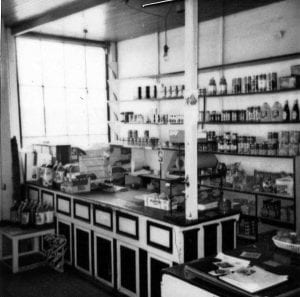 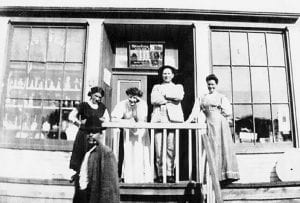 Les McLaughlin manages a website, Memories of Blackville, dedicated to preserving the historical heritage of Blackville by sharing and recording its history. www.memoriesofblackville.com

This article was originally published in the Christmas 2017 Issue of Giv’er Miramichi magazine.