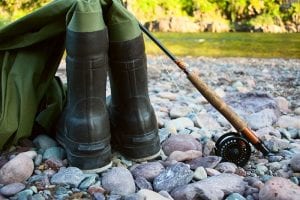 The river ‘chi, holds a place in my heart
With so much to tell, not sure where to start.
Perhaps like most tales, from the beginning
Of a young boy one day, who couldn’t stop grinning.

My grandfather you see, was a Pond from Ludlow
And when chores were done, a fishing he’d go.
So it’s no surprise, he taught me to cast
And gave me a lesson, til this day still last.

On some public water, just up from Boiestown
Hooked my first fish, on a fly swung down.
The current helped, to put a tug in the line
Though not very big, It still was all mine.

A pretty little trout, or at least so I thought
As found out later, was good WE weren’t caught.
For the rest of the day, the fishing was slow
But still I was sad, when was time to go.

He seemed abit nervous, as we walked to the car
For twas not a trout, but a bright little parr.
He told my mom later, that he’d made a wish
And just couldn’t put back, his grandsons first fish.

But what he said next, scared me to death
I listened intently, holding my breath.
“You know if the wardens, had looked in the pail
They might have hauled us, both off to jail”

So from that day forward, some forty years ago
When landed a fish, back in they would go.
My first and last fish, that I killed from the ‘chi
Left an indelible mark, on the river and me.

Now I too am a father, of a young growing daughter
The lessons I’ve learned, have hopefully taught her.
Our time here is precious, so let’s each make a plea
To do all we can, for the great Miramichi