Almost 50% of Canadians would not want others to know if they had dementia, says new survey 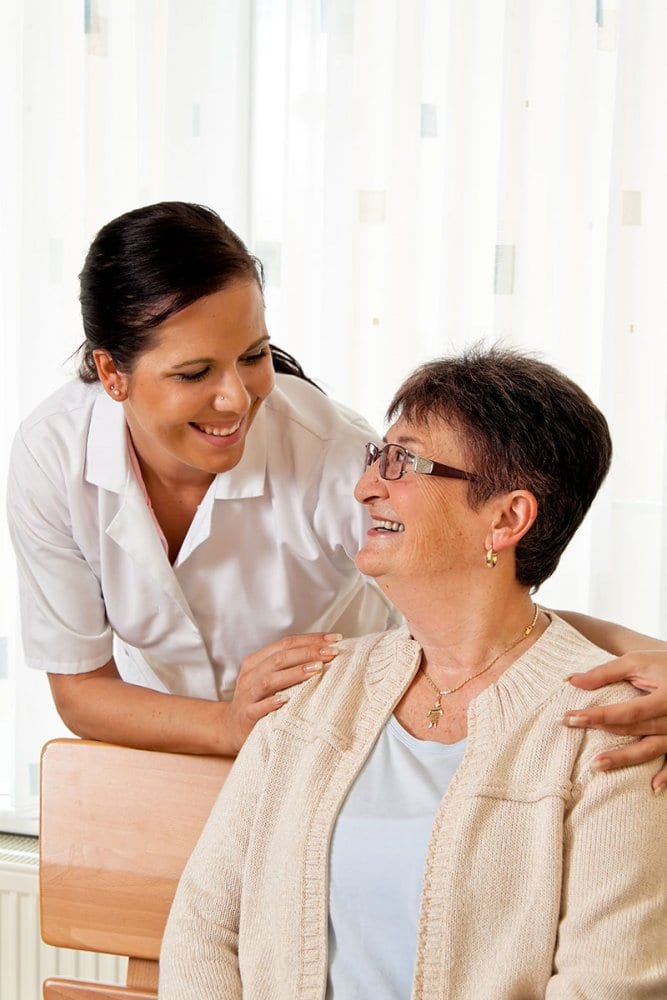 The Alzheimer Society of New Brunswick announced today that while awareness about dementia has increased, stigma and negative attitudes around it continue to persist. The Society is releasing findings of a new survey to coincide with Alzheimer’s Awareness Month in January and to kick off its new social awareness campaign –I live with dementia. Let me help you understand – to spark conversations and encourage Canadians to see dementia differently.

The Leger-led survey, which questioned 1500 Canadians between the ages of 18 and 65 online, also reveals that 46% of respondents would feel ashamed or embarrassed if they had dementia, while 61% of those surveyed said they would face discrimination of some kind. The survey also shows that one in four Canadians believe that their friends and family would avoid them if they were diagnosed with dementia, and only five per cent of Canadians would learn more about dementia if a family member, friend or co-worker were diagnosed.

“The results of this survey underscore one of the less tangible side effects of a diagnosis of dementia.” Says Chandra MacBean, Executive Director at the Alzheimer Society of New Brunswick. “Stigma remains one of the biggest barriers for people with dementia to live fully with dignity and respect. There is no shame in having dementia, yet stigma remains pervasive, and prevents those impact from seeking the support and resources they need. The findings of this survey highlight the work that still needs to be done to increase understanding and reduce discrimination based on a diagnosis of dementia.”

To tackle stigma, the Alzheimer Society is letting the experts do the talking—people living with dementia. People like Roger Marple. For this proud father and grandfather, who developed young onset Alzheimer’s three years ago at age 57, his diagnosis was a tough pill to swallow. But with time, Roger overcame his initial shock and sadness. He had too many dreams to pursue. “I still do things that have meaning in my life, like getting out, playing golf and travelling. I’ll continue to enjoy life for as long as I possibly can to the best of my abilities. Isn’t that what we all aspire to do?”

Roger and others invite Canadians to hear their inspiring stories and take a few pointers from them on how to be open and accepting towards people with dementia.
Their stories are featured on a dedicated campaign website, where visitors will also find tips on how to be more dementia-friendly, activities to test their knowledge, and other resources to take action against stigma and be better informed about a disease that has the potential to impact every single one of us. 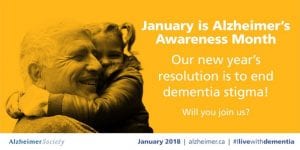 Additional survey results:
Canadians believe that people with Alzheimer’s disease or another form of dementia are likely to
 be ignored or dismissed (58%);
 be taken advantage of (57%);
 have difficulty accessing appropriate services or supports (56%); and
 feared or met with distrust or suspicion (37%).

Other highlights
 56% of Canadians are concerned about being affected by Alzheimer’s disease.
 Of greatest concern is their fear of being a burden to others, losing their independence and the inability to recognize family and friends.
 Only 39% would offer support for family or friends who were open about their diagnosis.
 Three-in-ten Canadians (30%) admit to using dementia-related jokes.