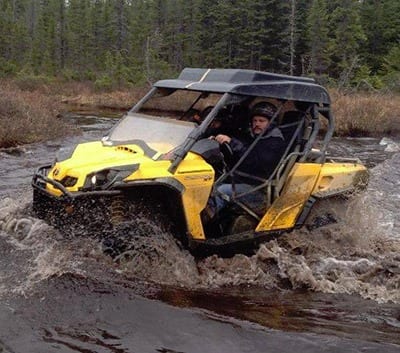 There will be a community breakfast happening at the hall that morning, so come early if you are hungry!

A bbq will be held on the run, by donation as well. There will be door prizes given out and all you have to do is be there to win. Everyone welcome.

Sylvain Bossy is the son of Jacques and Monique Bossy of Blackville. He was a Federal Correctional Officer at the Atlantic Institution and Director of the Miramichi ATV Club. He passed away accidentally on April 2, 2015.