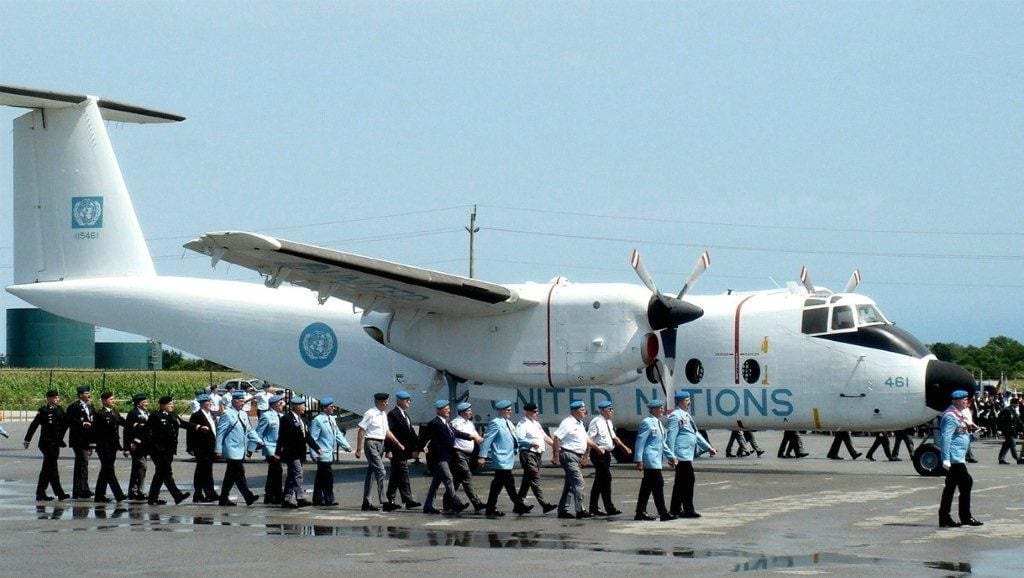 Reconstructed Buffalo AirCraft similar to the one shot down on August 9th, 1974.

On Saturday, August 11th 2018 there will be a parade and ceremony to raise the United Nations flag in celebration of the globally important contribution of peacekeeping and Peacekeepers to world peace, and in commemoration of fallen Peacekeepers. All veterans are welcome to join in the parade and ceremony beginning at 11:00 am in Elm Park, Chatham and Miramichi area residents are invited to come and support this significant event.

On 9 August 1974, Canadian Forces Buffalo #115461 aircraft was on a scheduled supply flight from Ismailia, Egypt to Damascus, Syria. Shortly after crossing the Lebanon-Syria border into Syria, three surface-to-air missiles were fired at the Buffalo resulting in the destruction of the aircraft and the deaths of nine Canadian Forces Peacekeepers. Tragically, this was the largest single loss of life in the history of Canadian peacekeeping.

“Proud to have served in the service of Peace”

For further information, please contact Ed Oursien at 622-1580 or