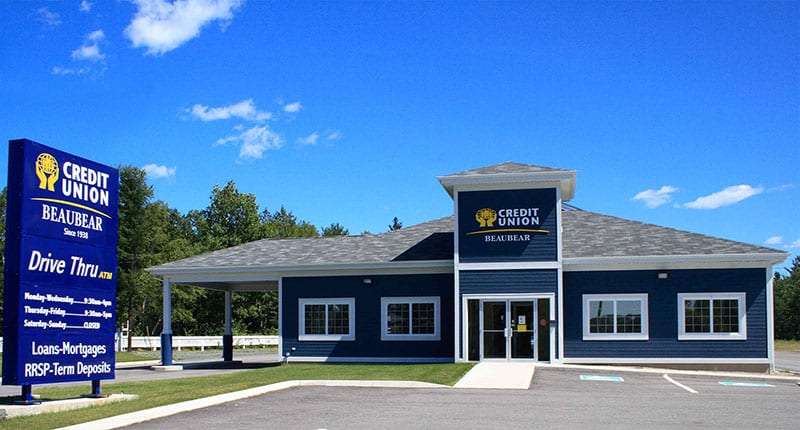 This year, the Beaubear Credit Union celebrates its 80th anniversary as a staple in the Miramichi area. Looking back over their storied history, there can be little doubt that, while undergoing a great deal of change, they have long retained their own unique, and admirable, character.

The late 19th century and early 1900s were considered boom years for Nelson, with the Burchill & O’Brien mills running alongside a number of others, and an estimated 12 stores servicing the ballooning population, this was indeed a high-water mark. Yet, it was not to last. Construction of the Morrissey Bridge saw traffic bypass Nelson and the depression that followed the First World War was especially difficult to bear. It was in these trying years that Father Hill, rector of St. Thomas College in Chatham, came to Nelson to speak about how the people might band together and gain a measure of self-reliance through creating a Credit Union. Many liked what they heard and in 1938 ten men gathered to discuss the matter at the Gould house. 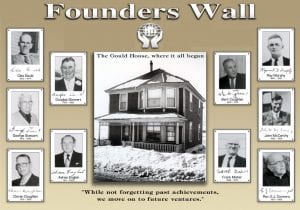 In the months preceding this meeting, many community members had met and studied the tenants of the Cooperative Movement. Reflecting on the study groups years later, they were seen as being at once informative and a source of community building; people realized that they truly were in it together. The certificate of incorporation was drawn up on July 22, and Mr. Coughlin witnessed the signatures of his fellows, as a local Justice of the Peace. From these ten individuals, each depositing 25¢, the agreed unit of savings, the roots of the local Credit Union took form.

It was decided that the Credit Union would service an area beginning on Foley Hill to Ben DeRoches’ property in Chatham Head, and back to cover Craigville and Douglasfield. Cleo Gould was named the first treasurer and manager, and alotted 60¢ a year for expenses.

There remained now only the name of the Credit Union to be decided. Calling it after the local Catholic church, St. Patrick’s, was voted down, since, as was said among those who started the movement in Nova Scotia, “There’s no Catholic way or Protestant way to catch a fish, only the cooperative way.” It was Rev. Connors, looking across the river, who suggested the name of Beaubear, after the 161-acre Island at the confluence of both branches of the Miramichi River. Men and women from all walks worked together on the Island throughout its history, and it was thought that such cooperation was little different from what was now being planned. So, from then on it was decided to call the Credit Union Beaubear 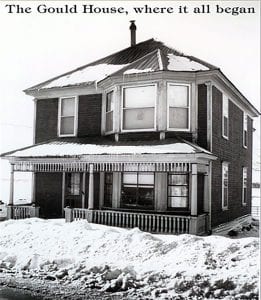 Growth was slow until 1946, when the membership decided to partake of the share and loan insurance of CVNA. At that time, the holdings of the Beaubear Credit Union were $9000, yet, within twelve years, in 1958, this had grown to $140,924. Within a few short decades people from across Canada began to regard Nelson as a model community, showcasing the many benefits of co-operation.

Another struggle in those early years was an office location. Beginning in St. Patrick’s rectory in 1941, the office moved across from the Nelson post office in 1950, a building later sold to what the Beaubear Co-op. On December 1, 1966, the Credit Union opened a new building on Nelson Street along with the Co-op. The office and bank received its own building on May 13, 1978. The next year, the Miramichi Credit Union, comprising Millerton, North Esk and Northumberland Co-op Credit Unions, joined with the Beaubear Credit Union. Finally, in November 2005, the Beaubear Credit Union, with branches on both sides of the Miramichi River, opened it’s new location on Water Street.

The last several years have been most eventful. In 2010 the Beaubear Credit Union was the recipient of the Community and Economic Development Award from Credit Union Central of Canada, recognizing its efforts in the establishment of Miramichi Transit. Two years later, the operation was the recipient of the prestigious Cody Award for exemplary leadership, support and involvement in the community. The next year, 2013, saw recognition from Concentra Financial emPowering Your Communities in the form of a $10,000 donation to help Mount St Joseph Nursing Home build a therapeutic space called a Snoezelen Room. Finally, in 2014, the Beaubear Credit Union was acknowledged as the #2 Best Place to Work in Atlantic Canada, by Progress Magazine and Best Companies Group.

From humble beginnings, the Beaubear Credit Union has, time again, shaped itself to best serve the needs of the community. That said, their commitment to their members, and to Miramichi at large, has never wavered in 80 years, and stands as a sterling tribute to their founders and members throughout the decades.