We had another great experience exploring Miramichi’s surrounding areas and all that they have to offer. This trip took us to Rogersville and Acadieville visiting cranberry fields and the Little Big Bear Safari, two things we’d never seen up close before!

Our first stop of the day was at the Ocean Spray cranberry farm where we were greeted by the very kind manager, Donald Daigle. He informed us on everything from how the cranberries grow to the operations aspect of the farm. Everything on the farm was operated and controlled by his computer and he would get a notification on his phone if something was not right, which really amazed us. 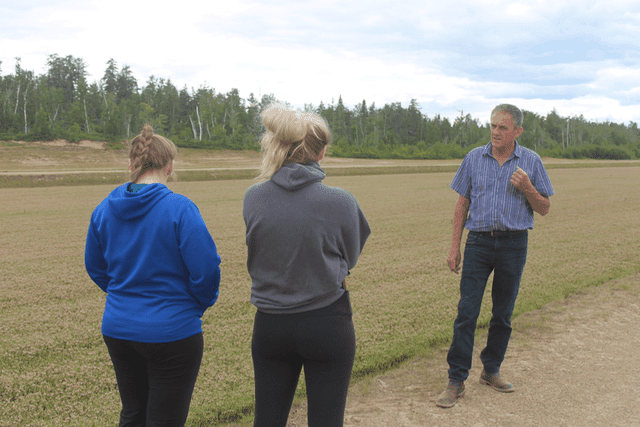 We were unaware of one very important aspect of cranberry farming, the use of dozens of beehives throughout the fields to pollinate the flowers. We were terrified at first because there were over one million bees flying everywhere along the thirty fields, but eventually we became more comfortable as we learned to stay still and calm. 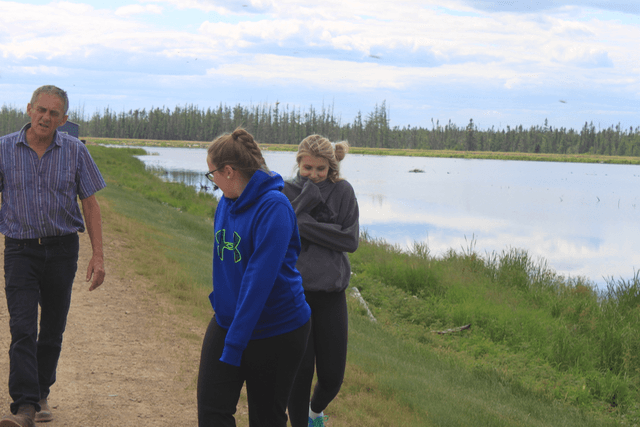 A stroll past the beehives 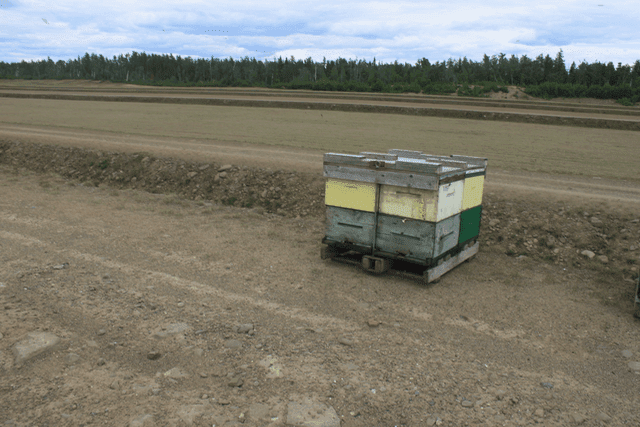 One of the beehives

A “fun fact” as Donald like to call it, was that each fruit needed its own flower to grow. That’s why at this time of year, all you can see in the fields are the flowers. [Please note this was a private tour, and is not something available to  the public at this time] 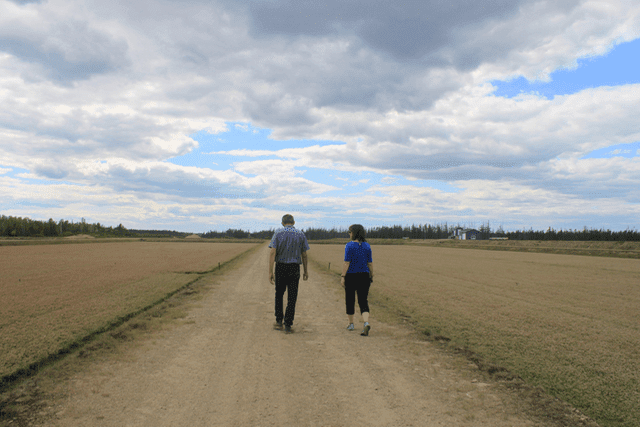 A stroll through the Cranberry Fields 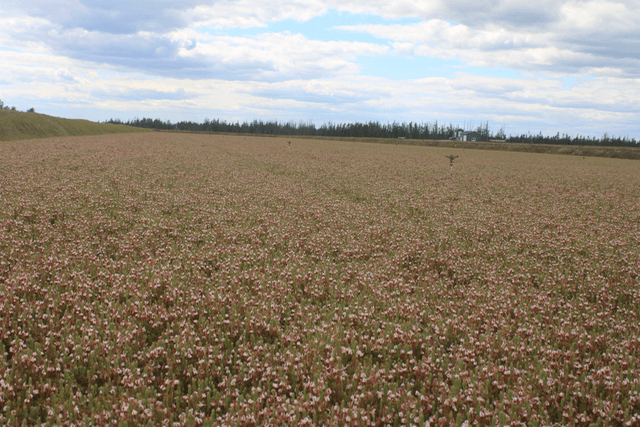 Once we left the field we headed straight to Little, Big Bear Safari in Acadieville. We were asked to arrive at 5:30pm so that we could get there “before the bears do”. We waited for the entire group to arrive, and we filled out our waiver form. The owners, Richard and Viviane Goguen, were very friendly, and we appreciated the effort that they put into creating memorable guest experiences. The owner said thank you in each participant’s language! We were surprised to see so many people from around the world! There were groups from: France, Switzerland, Germany, The Netherlands and Belgium!

Richard, often known as “the bear whisperer” or “papa bear”, was very well accustomed to interacting with the bears. In 1999, a 3 month old female bear, still on mother’s milk, became an orphan.  She adopted Richard as her mother. She grew up, became a mother of 2 charming little cubs which she introduced without any hesitation to grand-daddy Ritchie.  The bears love him, as soon as he exited the enclosure they approached him fearlessly. 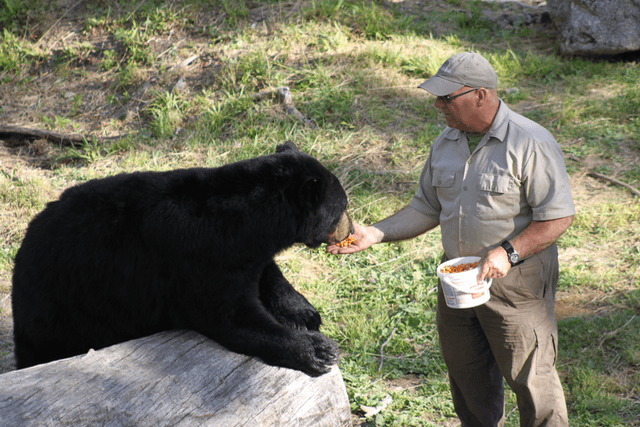 We were fortunate as to observe the bears from the safety of a treehouse! It was very spacious, with no shortage of great lookout spots. We stayed in the treehouse for 2 hours, seeing a total of twelve bears! 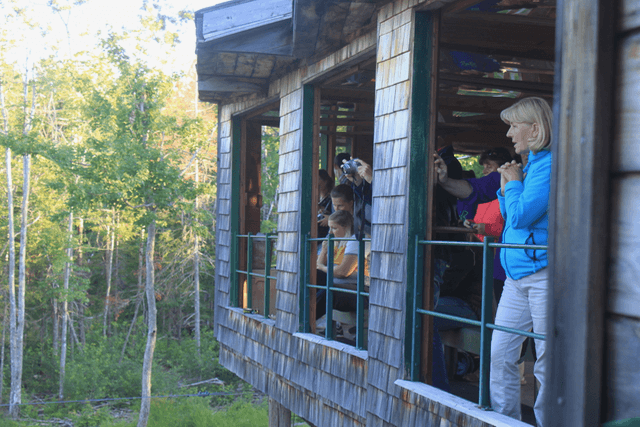 They certainly like to eat, Richard had to go out a few times to feed them, while Viviane stayed inside the treehouse with us and made sure we were well taken care of too. They provided snacks and refreshments for all of us to enjoy as well as lots of information on the routines of the bears. I think we, and all the other visitors can agree that this family owned operation was a very fun outing!