As summer students at Discover Miramichi, we are always looking for new places to explore, and we can now say we have visited another beautiful spot, Metepenagiag Heritage Park and the Metepenagiag Lodge! Metepenagiag is known as the village of thirty centuries, once a thriving fishing community, it is the oldest continuously inhabited settlement in New Brunswick.

As we walked in we were greeted by the polite and knowledgable staff and were blown away the natural light and spaciousness of the interpretive centre who just last year celebrated the repatriation of 60,000 artifacts. 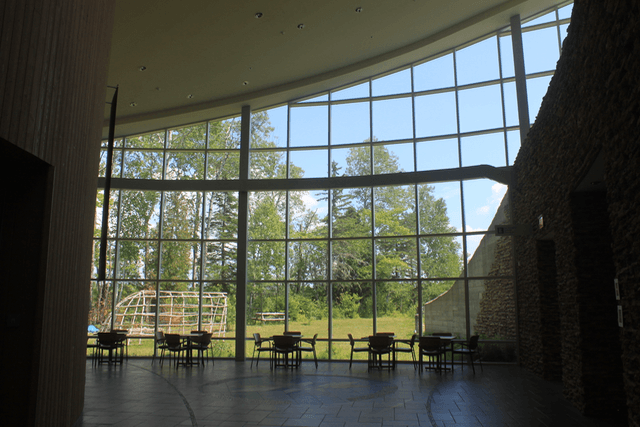 We thought it was really neat how they had hung a world map and whoever came to visit the park could pinpoint where they come from with a tack. 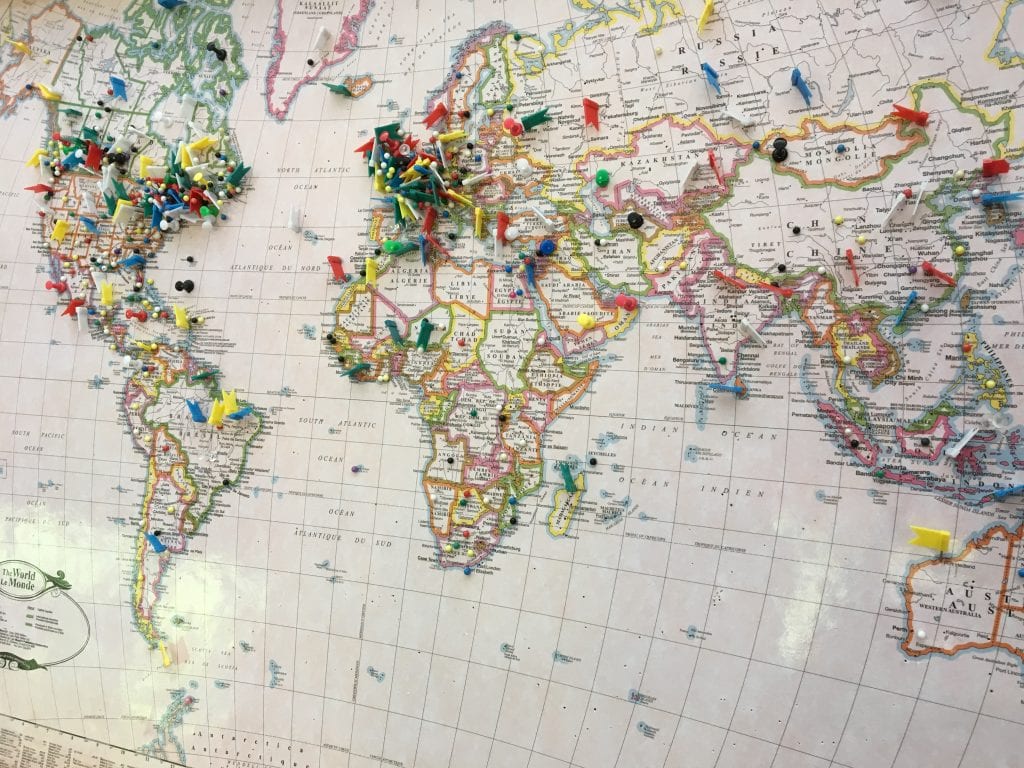 After we checked in- we entered the theatre to watch a short film on the history of Metepenagiag. The video told the story of a grandfather with his grandchildren during the present day while also showcasing the fishing traditions of centuries’ past.  The seats were very comfortable and the theatre was very detailed featuring three screens and a small light show.

After the film we made our way to the showcases. There is so much information to read, along with many visuals. The information is provided in three languages- Mi’kmaq, English and French, and they use telephones with recordings to make it more hands on!  For example, one could listen to the drumming of George Paul through one of the phones. The photographs showcased the traditional Mi’kmaq way of life, we even got to see a hand-stitched leather baby carrier. 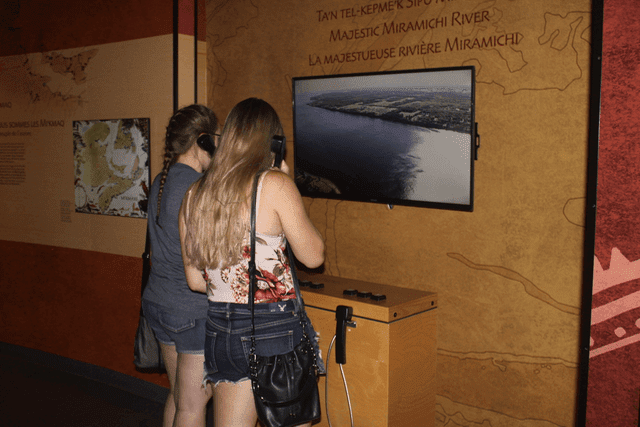 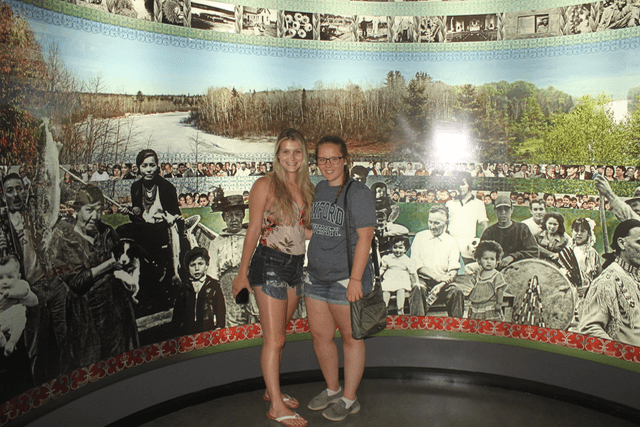 After the tour around inside we headed outside to explore the tipis. Two tipis were on display along with a frame; we were excited to learn that the students of Metepenagiag had set-up the tipis. 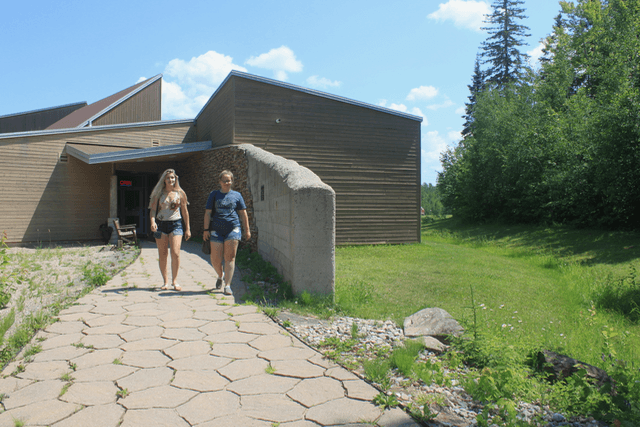 Tucked in the forest adjacent to the park is the Metepenagiag Lodge (also known as Red Bank Lodge) which is beautiful both on the inside and out, being constructed entirely of wood. The detailing, like floor to ceiling windows overlooking the river, make this place truly phenomenal. 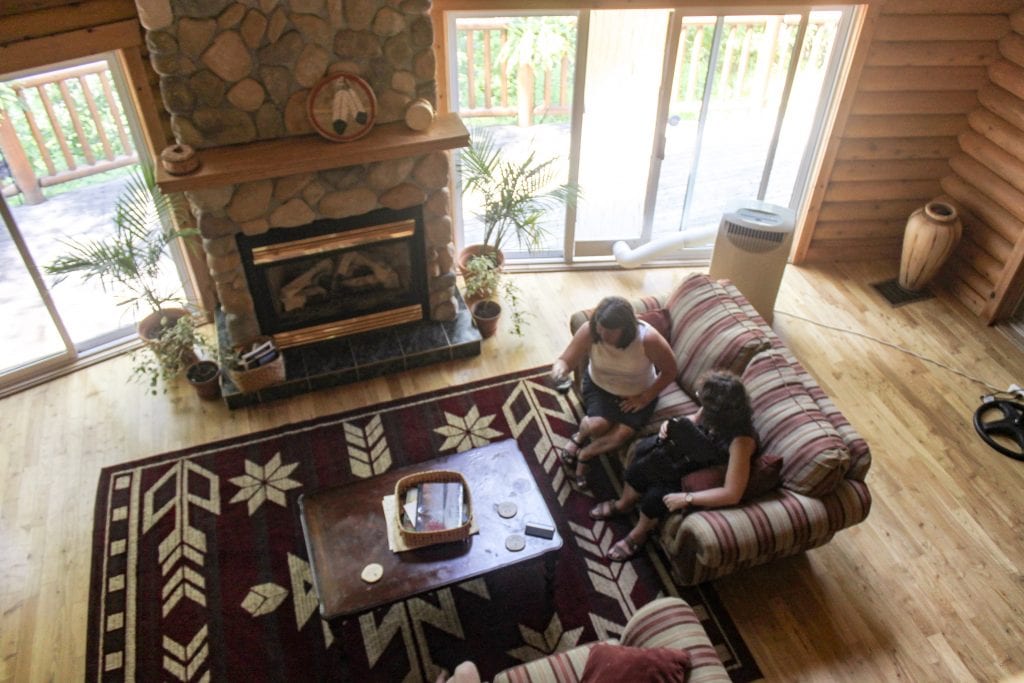 We were fortunate to meet artist, Francine Francis who created the paintings that adorn the walls in the rooms. Each room is named after her paintings, for example, this room is named nuin, meaning bear. 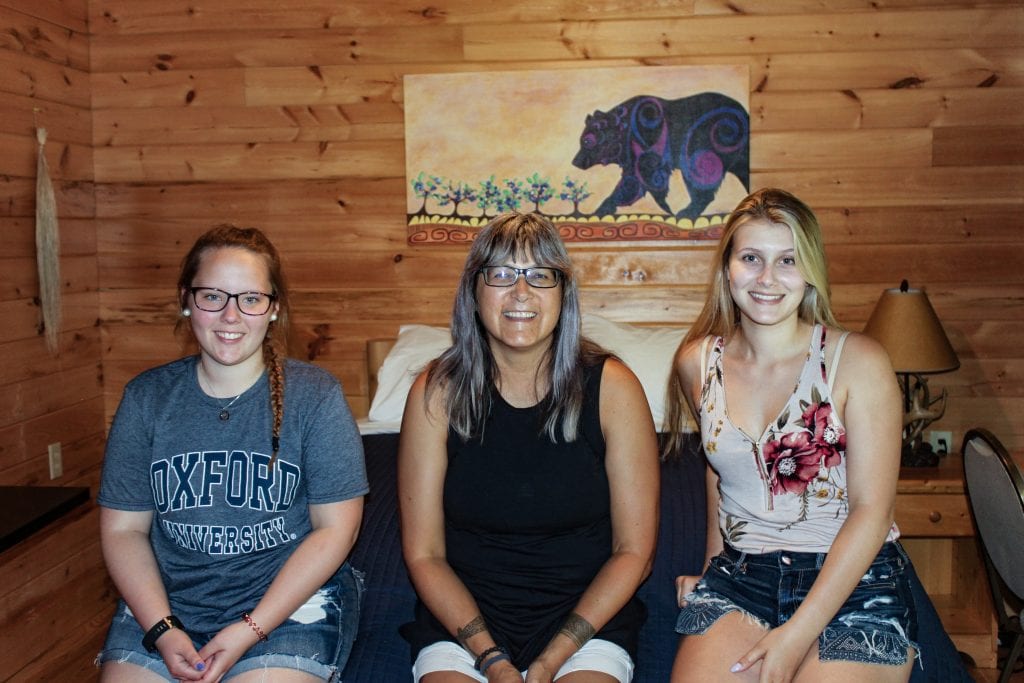 The staff at the lodge truly make this a unique place to stay . Patricia Dunnett, the manager of Metepenagiag is also an esteemed artist herself, known for her beautiful baskets weaved from porcupine quills and has also learned the art of birch bark canoe construction. Patricia is the grand-daughter of Joe “Mike” Augustine, who discovered the Augustine mound. 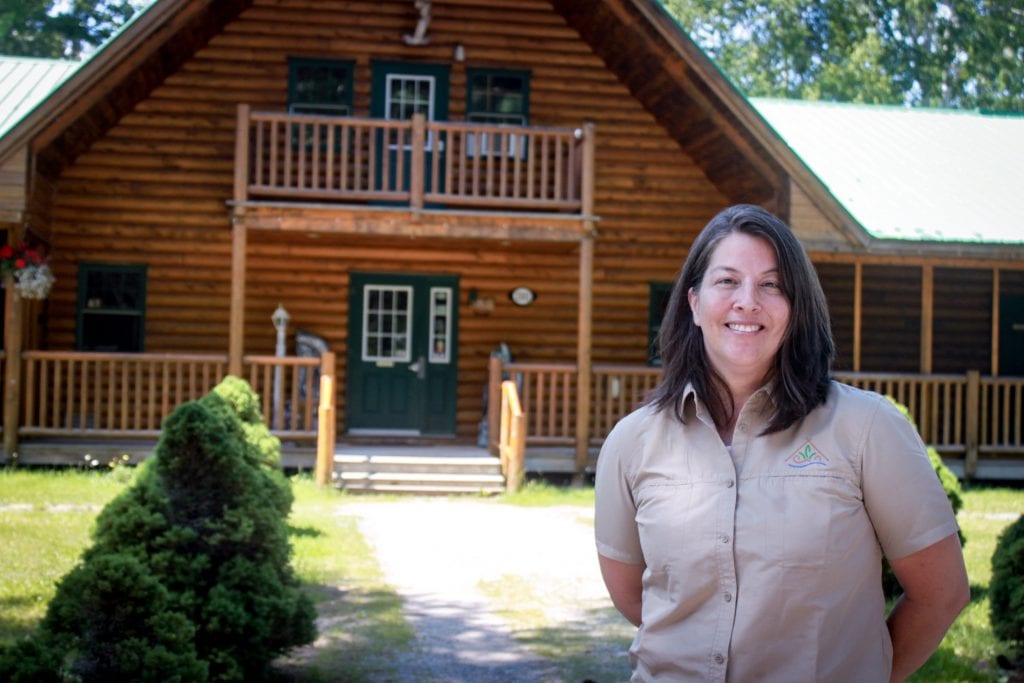 We loved hearing from Jan, or as he calls himself “the barefoot gourmet”, about cooking traditional Indigenous dishes and experimenting with new recipes (as an added bonus, he showed us pictures of his super cute dog!). Both Patricia and Jan’s sons both help out around the lodge, making every guest feel like part of the family. 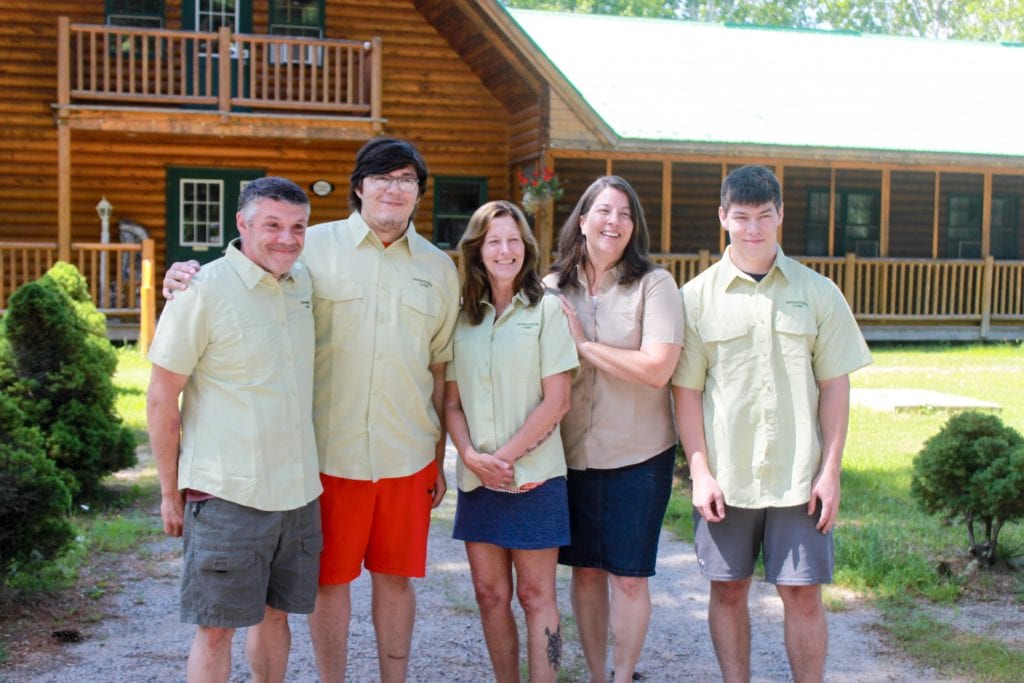 When you visit Metepenagiag, you get to observe the area’s natural beauty, learn about thirty centuries of history and experience world-class hospitality. You can also organize experiences at Metepenagiag including Ookdotaan (A Taste of Metepenagiag) where you forage and enjoy traditional Mi’kmaq dishes or you can organize a tipi retreat where you can sleep under the stars and hear stories from elders as you sit around a bonfire.