Dickison’s Pharmasave: Your Locally Owned and Operated Community Pharmacy Since 1921

Dickison’s Pharmasave: Your Locally Owned and Operated Community Pharmacy Since 1921 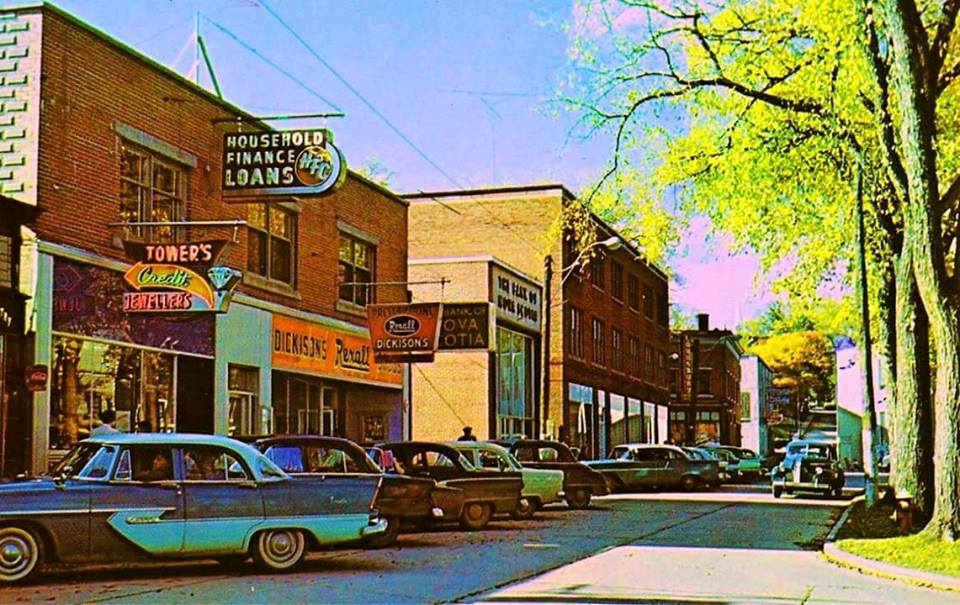 CM Dickison & Sons, a well-known pharmacy throughout the Miramichi, was founded by Charles M Dickison in February 1921, after he operating another pharmacy since March 1910 with a business partner. In 1921 he had associated with his three sons, Albert, Roy and Charles D, all certified drug clerks. From 1921 to 1954 the business was carried on in the MacMillan Block, Ellen Street. On October 21, 1954 they moved into their spacious new store on Henry Street one of the most up to date pharmacies in the province.

In 1924 the Dickison Drug Store at Doaktown was opened by Albert Dickison as manager until his death in 1953. Roy Dickison was with his father and brother in the Newcastle business until his sudden death in 1942. In 1953 a third generation joined the staff, Robert Dickison graduated from Maritime College of Pharmacy, affiliated with Dalhousie University. In 1953 Charles M Dickison retired after 67 years in active business and he passed away in April of the same year. 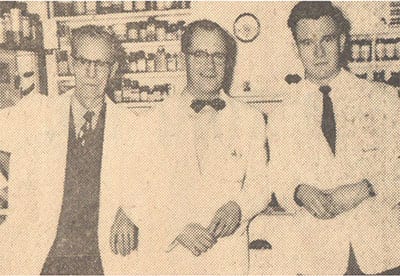 March 1967 brought a change in ownership to CM Dickison & Sons on Henry Street. Charles D Dickison, son of the founder of the firm, who has been associated with the store for 45 years sold the business to Jack Manderville and Frank Dickson. Both men have been members of the staff for 18 years, Jack as book keeper and Frank as certified drug clerk. CD Dickison remained at the store as a registered druggist. The business continued without change under the same name and with the same staff.

1987 brought another change in ownership to CM Dickison & Sons. Stan Knowles purchased the business from Jack Manderville and Frank Dickson. Stan Knowles graduated from Dalhousie University in 1974 with his Bachelor of Pharmacy. Stan joined the staff at CM Dickison in 1976. The business continued without change under the same name and with the same staff.

In 1988 Stan Knowles and his wife Jean opened a new pharmacy in Blackville. In 1994 Stan & Jean purchased Dickison’s Drug Store in Doaktown, from Ian Dickison, son of the late Albert Dickison. Renovations were completed to the Blackville location in 2001 and new store was built in Doaktown in 2005.

In 1994 fire gutted the Newcastle location on Henry Street. The fire was on April 1, 1994, Good Friday. A reporter with ATV first spotted the smoke coming from the top floor of the pharmacy. He notified the pharmacy and the upstairs tenants. Everyone safely evacuated the building. When the pharmacy staff was told their building was on fire it was 10 minutes before the top floor was engulfed in flames. The staff put everything in the safe, the backup tapes and computer discs. All the computer files were saved and the business was reopened the next day at the Wandlyn Inn. The estimated loss of the building and the stock was $1.3 million. The store was rebuilt and opened in 1995. 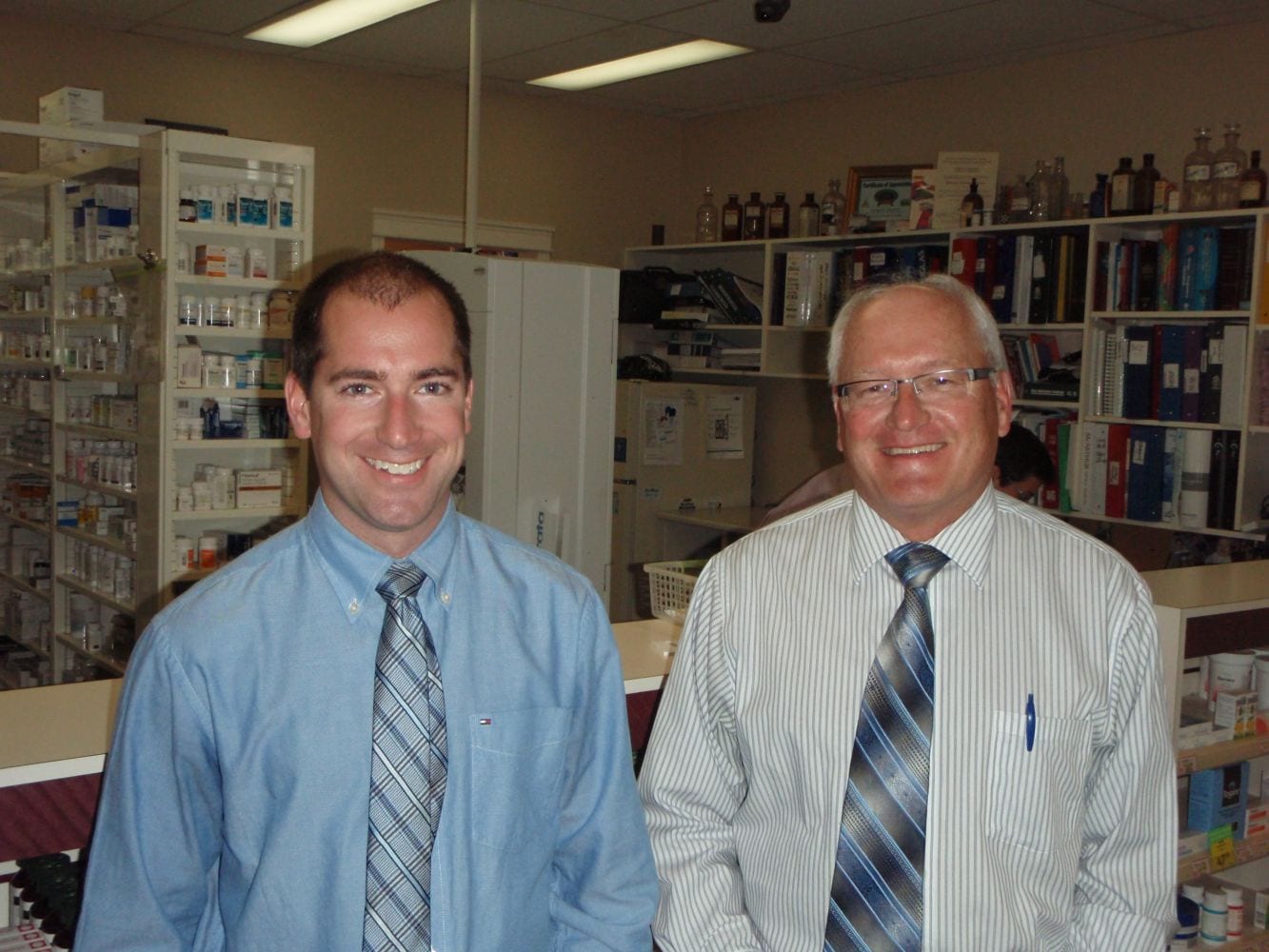 In 2003 the next generation joined the staff of CM Dickison. Scott Knowles, Stan & Jean’s son, graduated from Dalhousie University in 2007 and joined his father as a staff pharmacist. Scott was an active member of the staff and the community up to his sudden death in September 2011.

Katrina Donovan joined the store in 2010 as a professional accountant, business manager, and minority shareholder. Katrina’s first job was at the Blackville store in 1991 as a student.

The Bathurst location was opened in September 2015.

2017 saw another change in ownership of the stores. Brian St Coeur and Katrina Donovan purchased the businesses from the Knowles family. Stan Knowles remains on staff at the Henry Street location to provide guidance. The business will continue without change under the same name and with the same staff. Brian St Coeur has worked at the store since 2006, and became a full time pharmacist in 2012.

Although the ownership of the stores have changed several times since 1921 the store has continued to be a strong supporter of the community and dedicated to being the best community pharmacy. The customers and staff remain the most important part of the store. This philosophy has been passed down through the generation from 1921 to today. 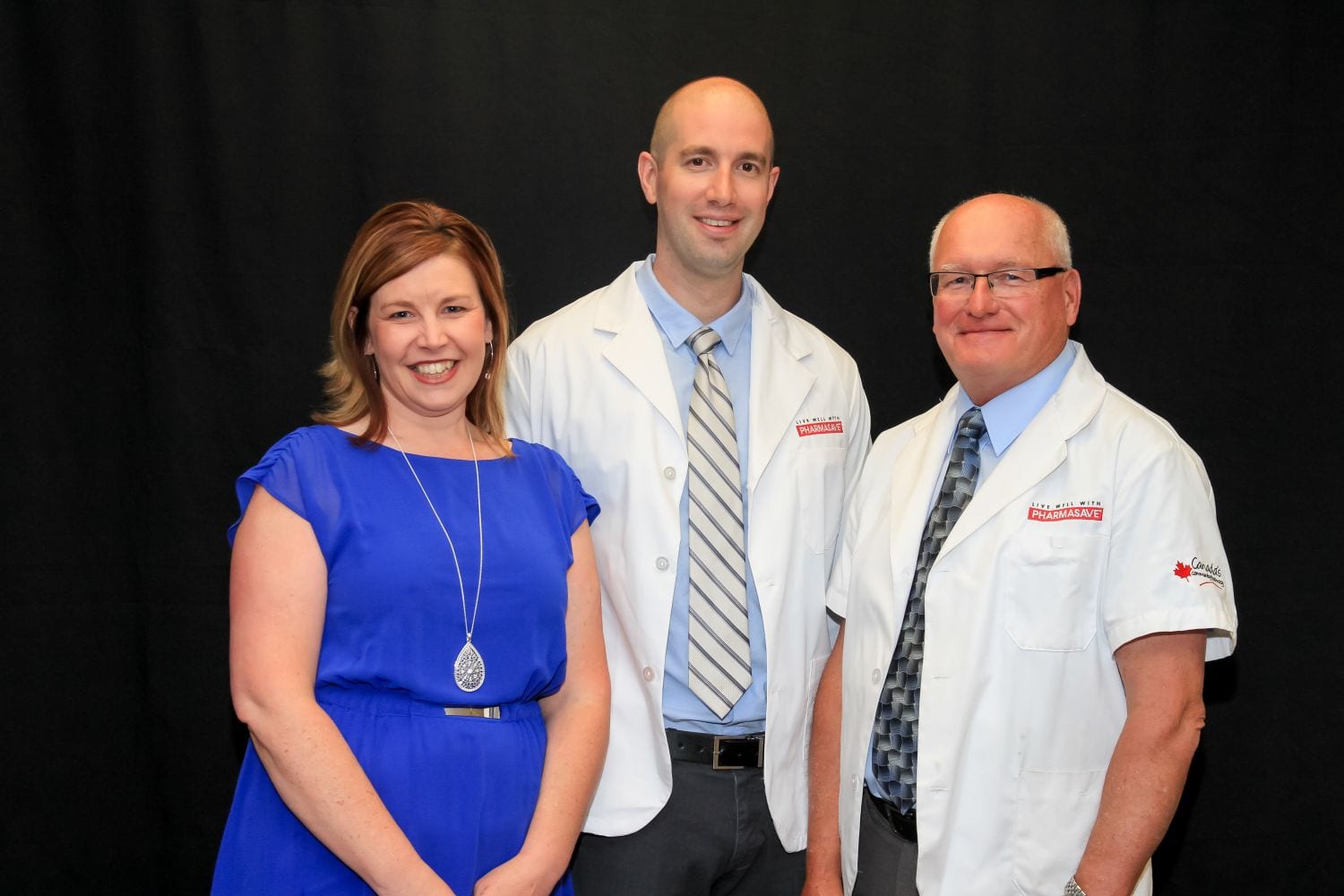