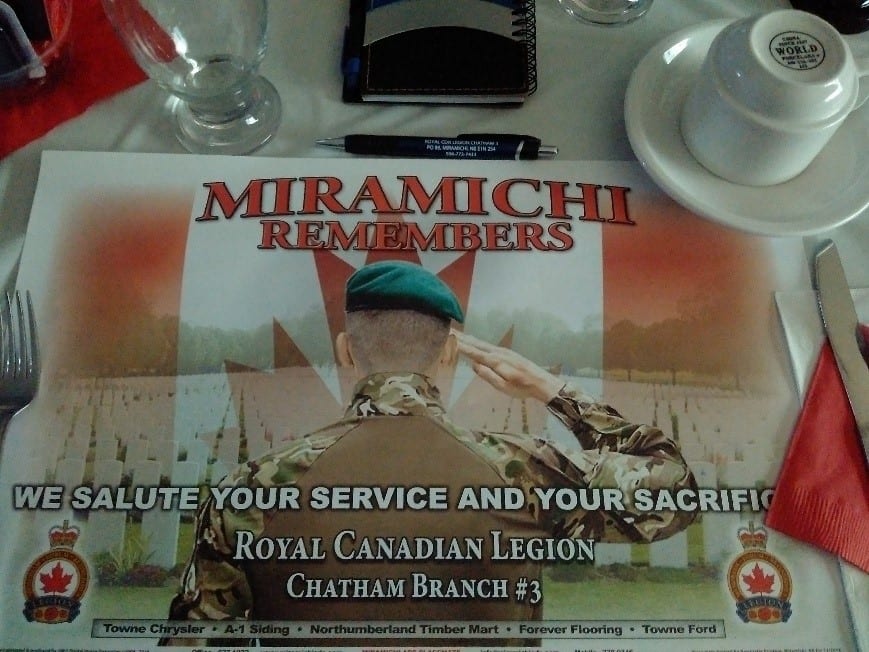 There were many aspects to the meeting beside the delicious turkey dinner. Rev. Charlene Maguire MacKnight blessed the meal, MLA Conroy thanked veterans for their service and Treasurer Comrade Rene Smith provided an update on finances and coordinated the door prizes, President Ted Quann, and District Commander Stella Ward both extended thanks and greeting. The Master of Ceremonies was Comrade George Springer.

Students Acknowledged.
In attendance was two students who received the Royal Canadian Legion150 Anniversary medal. Other students received their medal in a ceremony hosted early. This evening presentation completes the presentation to all students who were selected. The medal was struck by The Royal Canadian Legion and is a limited-edition medal to commemorate Canada’s 150 Anniversary. The students were selected for their contribution to their school, their community or the legion. The selection was done in their last school term James M. Hill High School was Madelyn McNeil and from Napan Elementary School was Caden Buckley. Medals were presented by Comrade Harris, Springer and Quann.

Two students from James M. Hill High School attended a leadership camp at Mount Allison University this past summer. They offered thanks to the RCL Branch for their support in attending this camp and shared some of their adventures. The two students were Shannon Bowes and Juliann McCullam. In showing their leadership, the youth were presented with a Royal Canadian Legion 150 Anniversary medal. 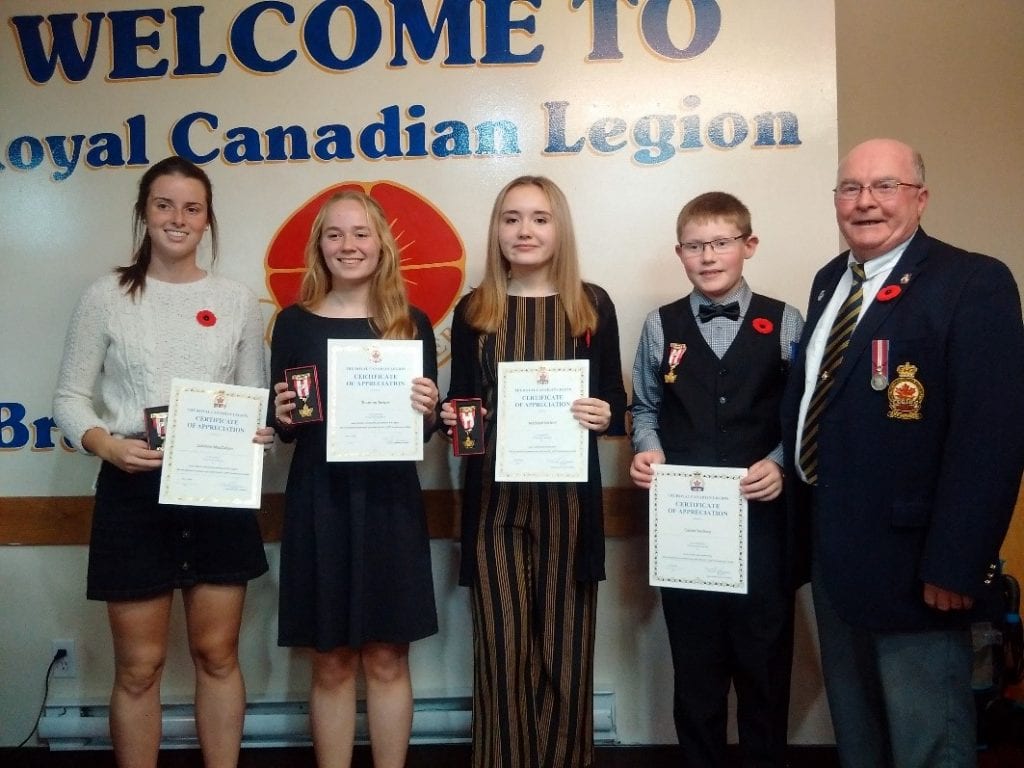 Life Time Awards Presented
At the Veterans Dinner recognition is given to members who have been with the legion and their service years are acknowledged. In attendance to receive their pins was Marianne Harris and Kenneth Cripps. 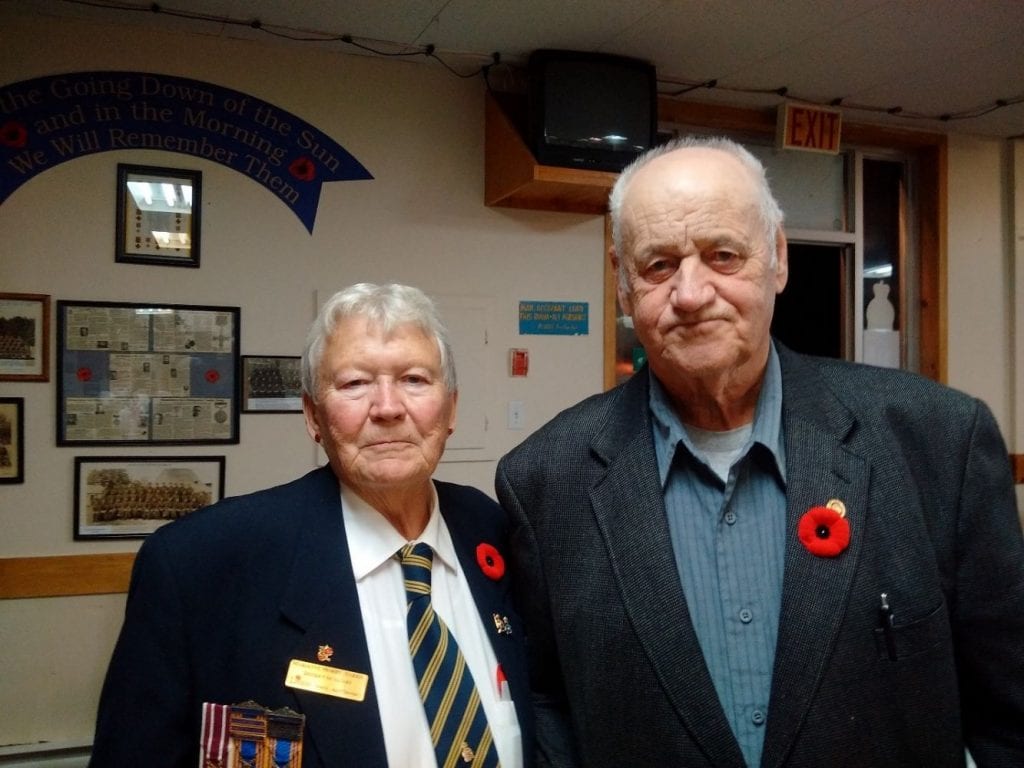 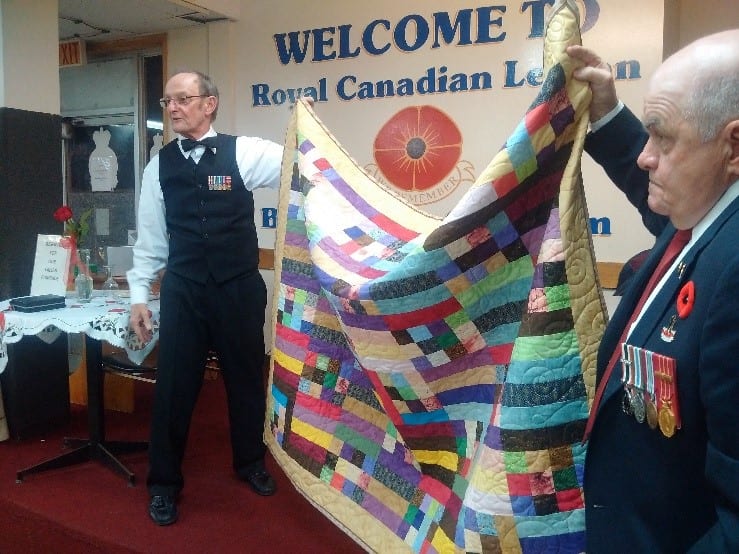 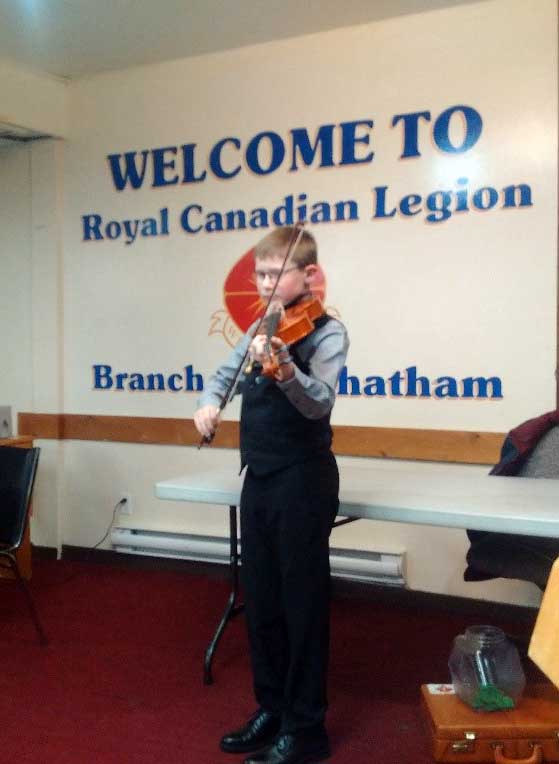 It was to the pleasure of those attending that Caleb Buckley preformed on his viola. This was very much appreciated by the veterans their families in attendance.