Fishing the High Country: A Memoir of the River by Wayne Curtis 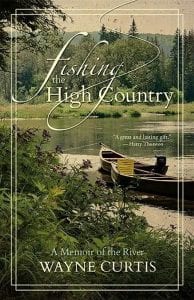 Fishing the High Country: A Memoir of the River by Wayne Curtis

A Book Review by James Fisher

Miramichi author Wayne Curtis has always been a prolific author (this is his eighteenth release) whether he is writing prose, poetry or non-ficton, but the past few years have been watershed ones for his faithful readers. And as Mr. Curtis gets older each new release is more precious than the last one. Fishing the High Country: A Memoir of the River (2018, Goose Lane Editions) is no exception. Some, no doubt will claim it as his best, and I wouldn’t dispute it. I think I can safely speak for many that Mr. Curtis is a living time capsule of the Miramichi River (“the mother of all rivers”) and its tributaries, for he spans the years from his grandfather’s time, through his father’s to his own, which is more than seventy years of living and fishing on “the river.” As such, his memoirs are valuable to us who may have recently moved here, as well as other old-timers and future historians who may refer to Mr. Curtis’ works as representative of a way of life that has been existing, yet slowly evolving over time. The river is the only constant, but it too changes in imperceptible ways, moving soil and rocks here and there to alter its course ever so slightly.

As Mr. Curtis reflects back on a past that is long gone – but not from his memory – he spins some of the most beautiful imagery due to his being intimate with all portions of the river over the course of his almost eight decades spent here, starting in his youngest days: 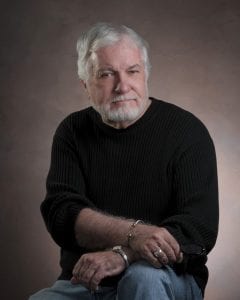 “Those fish were jumping, always jumping. The big silver fish in the air, oh so briefly, the two-fold splash. Like Daddy, I had a romantic imagination. Even now those images keep me bound to a half-forgotten past, the days before I had decent tackle, when everything river-related was bigger than real life. They were illusions I was trying to make real. […] We were filled with glee as we anxiously awaited the day when our mail-order tackle would arrive from the post office from Eaton’s of Canada. In reality, those items were always a disappointment compared to the catalogue photos. But now, of course, trying to resurrect these moments of early childhood is like attempting to recall a life before incarnation.”

Most insightful is Mr. Curtis’ thoughts about the time he left the Miramichi to work in Ontario for a few years. Golf became his pastime (“it was my only escape there”), but when he moved back, he found that golf and fishing were not compatible pastimes for him:

“One breezy June day, I was playing the fourth hole at the local club, and playing quite well for an amateur. But then, through the trees, I saw the sparkling water. On the river wind I could smell the dried algae on the rocks along the shores, hear the chuckle of boats, taste the fish-scented sparkle the sun was laying on the water, smell the life-jackets and fish-scented scoop nets. And I never hit another golf ball to where I wanted it to go. Nor did I care. The river had beckoned and my golf game drifted into thin air.”

I especially enjoyed his thoughts on getting older, not being able to do what he used to do, such as going on expeditions to hard-to-access places:

“Now that I am old and looking for God, the memories of those early expeditions bring me to a youthful state of mind that is somewhere between perfection and divinity.”

James M. Fisher is a Miramichi resident who enjoys reading and reviewing books both local and international. You can read additional reviews of books, see author interviews and more at his site, www.MiramichiReader.ca