Check out the 2018 game schedule for the Chatham Ironmen and learn more about Shane “Shooter” Courtney, who recently joined the team. 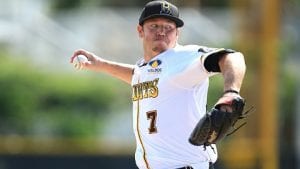 Jason Jarvis,a 23rd round pick of the San Francisco Giants in 2008 out of Arizona State University, has been added to the Chatham Honda Ironmen for the 2018 season. Jarvis played three years of pro ball before going the Independent route. Following that he journeyed to Australia where he played for the Brisbane Bandits, compiling […]

Chatham Ironmen clinched the 2017 pennant last week with a 5-4 win over the Fredericton Royals at Ironmen Field.