With only the Bartibog and Tabusintac Rivers open for two more days, there has not been a lot of angling activity. 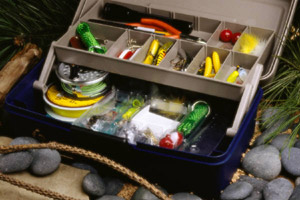 When angling over for another year, most anglers simply chuck their equipment out in the garage or in the basement where it remains until next season. Wise anglers will take a few minutes to examine their equipment and properly prepare it for winter storage. This ensures a better start next year because the gear will be in top shape for another season.

First look at your waders unless you still plan to use them for some duck hunting. When you have finished with them, they should be thoroughly dried and stored in a cool dry place. Avoid the furnace room as high heat may cause cracks, producing an unpleasant surprise next spring. George Routledge of George’s Fly Shop in Renous suggests hanging them up side down, or if they are hung by the braces, that they barely touch the floor with no wrinkles in them. Putting some newspaper in the boot part will prevent moisture and mould from setting in. If the waders are the type without a boot, make sure they’re rolled rather than folded as creases will crack.

Next, the rod definitely should be taken apart if still together, or it may never come apart. Dry and wipe it down, removing dirt and dampness. Make sure the cork is dry, and then store it in a place with moderate temperature, and out of the way until spring. This ensures it doesn’t get other stuff piled on it resulting in breakage. A bit of parawax on the male end will make it fit better next year. This is a good practice several times throughout the season even.

Check guides to see if they need repair or that there is no fraying of the binding. If a touch up is needed, now is the time to get it done to be ready for opening day.

The line and backing should be reeled off, stretched, cleaned and dried. Then it can be coiled loosely and stored for next season.

To clean, use plain water or silicone to grease-clean it. Cortland puts out small pads which sell for about a dollar or two. These can do several lines. This helps against cracking. If the backing is over three years old, replace it.

This might save losing a nice bright grilse or salmon (not to mention the line itself) next season.

Routledge suggested taking the reel completely apart, letting it dry and cleaning all dirt from it. Then it should be given a covering of light oil that is heat resistant. He suggested, Singer sewing machine oil or a light gun oil. He cautioned against using WD-40 as it is a penetrating substance.

Next, empty the fly-boxes so flies and boxes can dry thoroughly. This will stop rusting and ruining the hooks as well as the metal boxes. Make sure the box is clean. Then organize the flies as you put them back with the spring streamers in one area or box, the larger flies for June and early July in another, the summer flies and smaller hooks for late July and August together and then the fall patterns. One might even put the open box in a Tupperware container with a couple of moth balls to make sure nothing eats the hair and feathers. Make sure everything is completely dry before sealing. Don’t forget the flies still on the vest or hat, or where ever you keep them while on the river.

The vest should also be dry, pockets emptied of debris and minuscule lunches, bottle tops, old fly dope containers and any other garbage. It may even be washed or dry-cleaned. Then replace all equipment making sure covers are tight on such bottles as gink or xink, dry fly sprays, fly dope, or scent etc. These can destroy a perfectly good vest. Don’t forget to put the polarized sun glasses and glasses-holders back in the vest so you have them next season.

Routledge suggested throwing away any leader that is no. 6 or 8 as it may rot. Losing a bright grilse next June is not worth the cost of a new roll. He said no. 10 and up, could be kept providing it is not too old.

Even the landing net should be dry and stored. If all of these simple things are done, it will put you in fine shape when the fever hits again next spring.

While out, take a trip to the upper stretches of your favourite stream. You make be lucky enough to see the salmon actually spawning.

Watch as the hen salmon uses her tail to dig her redd (a small bed in the gravel where she will deposit her eggs).

Then watch as she hovers over it, dropping eggs. You will probably see another dorsal fin zoom in next to her, as the male fertilizes the eggs by releasing his milt. It is nature’s miracle, and the future of the sport we love. And it is a great excuse to get even another trip “on the water.”

Now that angling is actually over, join a salmon conservation such as the MSA, or fly-tyers group in your area, and get involved over the winter. When you hit the water next spring, you’ll feel more a part of the whole process, and it’s a good way to further interest in the sport we love.

The Atlantic Salmon Federation located in St. Andrews, NB., have four good salmon journals a year which is good reading during the winter months. Check your local organization first as there may be a cut rate to join the ASF.

Be sure to drop into Eskape Anglers in Riverview for all of your fishing needs. Pick up a few early spring streamers and a few good stories from Bryant Freeman. (386-6269)

Continue to check out the bargains at Deals 4 U , not only for weekly groceries, but also for special events, especially those planning hunting trips and weekends at the camp. And don’t forget to stock up on their fine Cuban Cigars!

All of these businesses and organizations support us, so let’s support them.

NEW IDEA: Just thought I’d include this e-mail I received. Anglers, campers, hunters and those who love corn may find it useful. I haven’t tried it yet, so judge for yourself…. Doug

The Best Way to Cook Corn on the Cob for a Crowd?

It’s Cooler Corn!
Am I the only person who hasn’t heard of “cooler corn”?

As an obsessive food nerd, you’d expect that I would have at least heard of it, but over the weekend I was blind-sided by the simple genius of this method for cooking loads of corn on the cob perfectly.

I was hipped to it while visiting my family in Maine. Short story: We like corn on the cob. And with eight adults at the table, that means a couple of dozen ears. We would have used the lobster pot to cook them all, but the lobster pot was busy steaming lobster.

Then my sister, a capable Maine cook with years of camping experience, says “let’s do cooler corn!” Before I can ask “what the hell is cooler corn?” a Coleman cooler appears from the garage, is wiped clean, then filled with the shucked ears. Next, two kettles-full of boiling water are poured over the corn and the top closed.

When we sat down to dinner 30 minutes later and opened it, the corn was perfectly cooked. My mind was blown. And I’m told that the corn will remain at the perfect level of doneness for a couple of hours.

Turns out, Cooler Corn is pretty well known among the outdoorsy set, but for those of us who avoid tents as much as possible, it’s perfect for large barbecues and way less of mess than grilling. In fact, I may even buy another cooler just so I’m ready for next summer. Now that I’m in the know.

Thought For The Week: “The charm of fishing is that it is the pursuit of what is elusive but attainable, a perpetual series of occasions for hope.” ~ John Buchan

HUMOUR: “If you’ve got short, stubby fingers and wear reading glasses, any relaxation you would normally derive from fly fishing is completely eliminated when you try to tie on a fly.” ~Jack Ohman, Fear of Fly Fishing, 1988

ASF’s Jonathan Carr was interviewed on the Salmon Summit, and the video can be watched at:
http://asf.ca/news.php?id=775

The financing of AquaBounty has also come under media scrutiny. The UK’s Guardian has one detailed article on the company hoping to produce the GM Salmon
http://asf.ca/news.php?id=781

Environment Canada internal records also say they are uncertain that they can keep GM salmon from harming wild salmon in the long term.
http://asf.ca/news.php?id=776

Dear Friends,
Our 29th Annual New York Dinner will take place on Wednesday, November 9th, 2011 at THE PLAZA.
This year, we will be honoring C. Austin Buck, Atlantic Salmon Federation Director, friend, angler and conservationist. We are anticipating a full house and a fun night which will include the always entertaining auctioneer Rock Fournier.
The Full Auction Catalog is available now with a selection of auction items that is really special including premium adventures in Mongolia and Labrador. Other lots include original art, state-of-art fishing equipment, exclusive trips for non-anglers, and many other unique items. Please take a few moments and review this spectacular catalogue and share it with friends who may not be able to attend.
We do welcome absentee bids; call us at 1-800-565-5666 or contact Kirsten by email: .
Thank you for your support!
The Atlantic Salmon Federation

Next week I’ll also include the salmon/grilse counts for October 31.

Next week: The angler’s clip and paste Christmas shopping list.