Skip to content
Connect with us:
FacebookTwitterInstagram
July 23, 2007/Giv'er Miramichi/Be the first to comment/General Interest 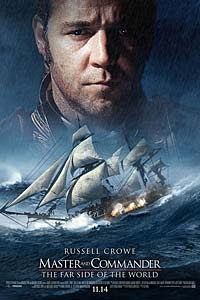 Master and Commander
The Far Side of The World

Witness the battle between Three Tall Ships – The Royalist from California, The Pride of Baltimore II from Baltimore and The Playfair from Toronto
Where: Station Wharf in Chatham
Free Ship Tours 3pm – 8pm.
Live Entertainment on the Wharf 5pm – 8pm
There will also be entertainment each evening featuring pirates in action and cannon fights.