Skip to content
Connect with us:
FacebookTwitterInstagram
December 14, 2007/Giv'er Miramichi/Be the first to comment/General Interest 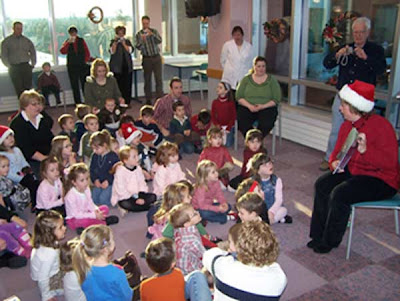 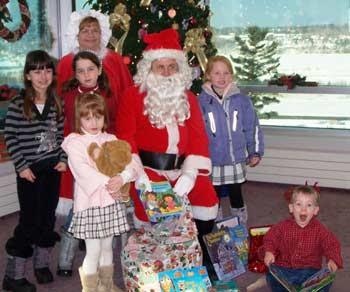 Children and grandchildren of Miramichi Regional Health Authority staff and physicians donated over 70 new books to the Salvation Army’s Toy Drive. The books were collected at the health authority’s Breakfast with Santa event hosted by organization’s human resources team.

“This event not only gives us an opportunity to share the joys of the season with our family but also an opportunity to give back to our local community through the donation of books to the Salvation Army,” says Beverly Bowes, leader of the human resources team. She says the gift of books also promotes the importance of literacy with children.

The Breakfast with Santa event had over 70 children in attendance that enjoyed a pancake and sausage breakfast and a book reading in both official languages from public health nurse Jackie Jay. Santa also dropped in and visited with the children.

Photo 1: Children enjoy the story of the Night Before Christmas in both official languages as read by public health nurse Jackie Jay.

Photo 2: A few of the children, Santa and Mrs. Clause from the MRHA’s Breakfast With Santa proudly display the books that will be donated to the Salvation Army’s Toy Drive.