As we enter the month of August, we can normally anticipate a bit of a slow season, but this summer so far is an exception. Water levels and angling continue to be good in most places for the time of year, which is gravy for the exceptional season we’ve had so far.

With the arrival of August, the stretch of the Northwest Miramichi from the Mouth of Little River down to Wayerton Bridge is now open for the retention of grilse. All other “Hook ‘n Release” regulations remain as they were.

After a day or two of no fish, Cassilis Trapnet had seven salmon and 14 grilse on Tuesday. Millerton had slightly higher numbers.

Honourable Keith Ashfield, the Minister of Fisheries and Oceans for Canada, will be visiting various spots around the province this coming week. 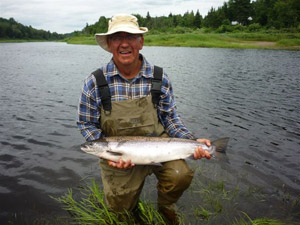 This salmon was hooked by Jean Paul Ouellet at Miramichi & Cains Rivers on July 28, 2011

W. W. Doak and Sons in Doaktown said over all angling was slower than last week. The water was up in the lower part of the river below the Mouth of the Cains which had received 2.5 inches of rain last Wednesday and another 1.5 on Saturday. However, it was beginning to drop some. The catch favoured grilse over salmon, but there were some of both. Water temperature was good, especially for the time of year. One angler in the Blackville area had hooked a salmon and a grilse in a short period on Sunday evening.

Derek Munn of Ledges Inn in Doaktown and Mountain Channel in the Rapids area said they were catching fish each day, but in no great amounts. Mountain Channel was fishing better than the Doaktown area. Catches were mostly grilse with some salmon.

Flies of choice were wets such as Preachers and small Black Bugs Mountain Channel, while the Doaktown area was using more dry flies and Bombers with blue and white.

Herb Barry Sr. of Herb’s Fly Shop on the Station Road in Blackville said angling was good for the high water pools, but not so good behind Doctor’s Island, but over all the catching was on the positive side. One angler limited out on a variation of a Blue Charm on Monday. Herb has seen a couple of “monsters” jump, but was not able to get them to take. He did pick up his first grilse, after hooking six or seven along with some salmon. Generally there were more grilse than salmon. The Cains had also reported very good fishing.

Flies of choice were the variation of as Blue Charm, Preachers, White-tailed Green Machines and Green Rats along with Bombers such as the Killer Whiskers with green and blue butts separately.

Curtis Miramichi River Outfitting in Blackville said there were all kinds of fish around, but they were not taking well. The water was up a little, but the temperature was good. Some were even boat-fishing. Canoeing conditions were also good.

Flies of choice were White-tailed Green Machines, Green Machines with Krystal Flash, Shady Ladies, and Sugarman’s Shrimp, along with some Bombers.

George Routledge of George’s Fly Shop at the Mouth of Renous in Quarryville said angling there was very poor with only a few caught early in the mornings. The Renous River was high. There were lots of fish around and showing, but they didn’t want to take in the Quarryville area. There were few anglers out early this weekend. George felt that they all might have been fished out after the long weekend. Water temperatures were good and there were some fresh fish coming in each day. 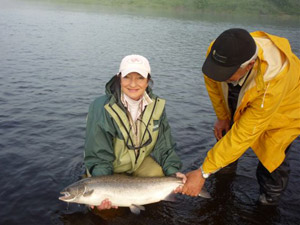 Ginette Carriere landed this beautiful salmon Thursday morning July 28 at the mouth of the Cains with a stone fly. Great fun!

Jim Laws of Miramichi Hunting and Fishing in Newcastle, Miramichi reported average fishing, with the water a tad high on the Northwest. However, there were decent numbers of fish around, but certainly not all fresh fish. Water temperatures were good.

Flies of choice were White-tailed Green Machines, Shady Ladies and more Dry Flies and Bomber as we enter August.

Syd Matchett of Trout Brook Fly Shop on the Northwest Miramichi said the Northwest had lots of water, and was even too high this past Sunday. Hed was out, but only raised two. David Au had fantastic fishing this past week, landing five grilse. Reports from the Crawford and Depot Crown Reserve stretches were also good. Holly Harris released a nice 16-pound plus salmon.

Flies of choice were Black Bugs with white tails, Belly Dancers, White-tailed Green Machines and Yellow Butterflies on nos. 6 & 8 hooks. Now the hook size is 4 to 6.

Debbie Norton of Upper Oxbow Outdoor Adventures on the Little Southwest Miramichi said angling had slowed drastically, but they were still picking up some fish. Seven that her sports had caught all had tags which says that there are few fresh fish coming in, and many are just going in and out with the tide. There was a good mix of salmon and grilse, and water temperatures were good, and the water high for the time of year.

The Moncton Fish & Game Association holds monthly meetings at the rotary lodge on the 1st Monday of the month. For information about the range, membership, etc, please call (506) 381-3165. Their annual fundraising supper is on November 26.

Thought for the Week: “Fishing is a… discipline in the equality of men – for all men are equal before fish.” ~Herbert Hoover 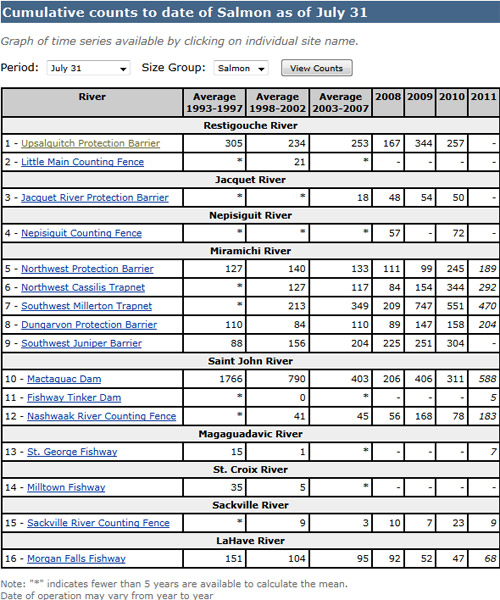 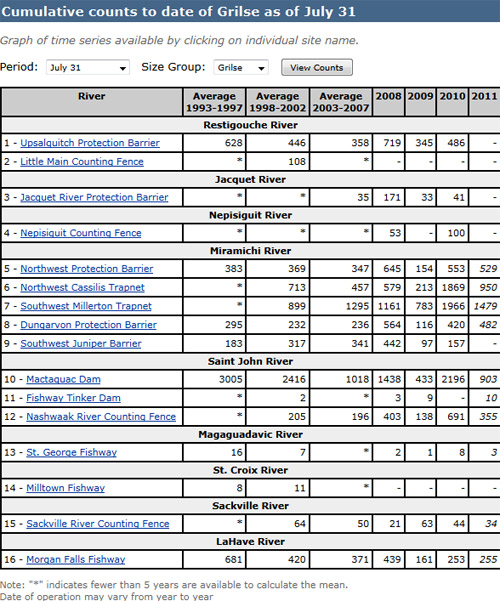 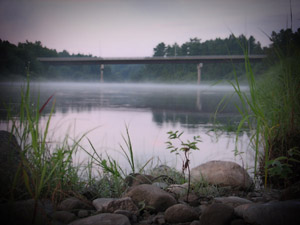