Four Short Plays to Examine Acadian Role in War of 1812

May 22, 2013/Giv'er Miramichi/Be the first to comment/Arts & Entertainment, Community & Fundraising 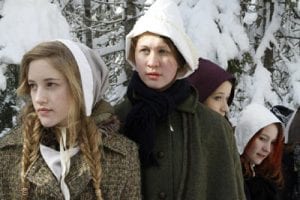 The vignettes to be performed consist of four short plays interspersed with traditional Acadian folksongs and military songs by the Neil Michaud Choir.

As part of the New Brunswick Festival of Tall Ships on the Miramichi, the Friends of Beaubears Island, in conjunction with the Capitol Theatre, will present 70 actors and choristers who will stage a vivid re-enactment detailing the recruitment of the Acadians during the War of 1812. These heart-pounding and heart-rending tales will be performed on Sunday afternoon, June 2nd at Carrefour Beausoleil in Newcastle (1:30 pm), Bicentennial Park in Nelson (2 pm), the Wilson’s Point Historic Site at the Enclosure (3 pm), and at Waterford Green in Historic Downtown Chatham (5 pm).

The vignettes to be performed consist of four short plays interspersed with traditional Acadian folksongs and military songs by the Neil Michaud Choir. This project examines why Acadians would have enlisted in the War of 1812. Were they promised land grants? Was there prestige in their small communities to be wearing a military uniform? How did the Roman Catholic Church value this war? How did wives and daughters feel about their husbands and brothers getting involved in yet another war?

The project was conceived by the staff of the Capitol School of Performing Arts: Lynne Surette, Tim Borlase and Marshall Button. With the generous sponsorship of the Canadian government through its 1812 Commemoration Fund and support by the Friends of Beaubears Island, we hope to shed some light on some of the stories and challenges surrounding the recruitment of the Acadians into the war. The project involves students of all ages at the Capitol School of Performing Arts and the 30 member Neil Michaud Choir, a renowned male chorus directed by Martin Waltz. The result will be a transformation back in time with the tall ships as a backdrop. 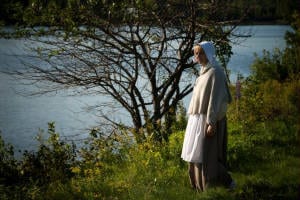 Four short plays interspersed with traditional Acadian folksongs and military songs will be performed during the NB Festival of Tall Ships on the Miramichi.

Heroes, Lies & Shiny Brass Buttons, by Dorrie Brown, and to be performed bilingually, is set in Memramcook, where a farmer’s family deals with the possibility of the father being chosen in a lottery to be sent to war. Love at War, by Daniel Pelletier, and performed bilingually, is the story of a young couple of Acadian and English background faced with a disapproving father, and told by the spirit of an elder. Ma grand foi Djieu … Pe’wouère asteure, by Mélanie Daigle, and performed in French, tells of a mother who lost her own parents during the Acadian Deportation and is now so afraid of losing her only son to the British army that her faith in the Church is lost. Israël Robichaud parle de la guerre, by Normand Robichaud, and performed in French, is a monologue based on the real story of Israël Robichaud from Bouctouche, who died after the long walk to Kingston Ontario with Lieutenant John Le Couteur and the 104th Regiment of Foot.

The bilingual re-enactments are open to the public and free of charge. A final concert by the Neil Michaud Choir as the tall ships sail out to sea, will be performed at 6 PM from the deck of the Rodd Miramichi River Resort. Tickets are $10 and are available at Sobeys, Jean Coutu (Newcastle), Saltwater Sounds, the Beaubears Island Interpretive Centre and the Rodd Miramichi River Resort. The Rodd Miramichi offers a perfect vantage point as the ships set sail and bid farewell to what surely will have been a memorable weekend for one and all.