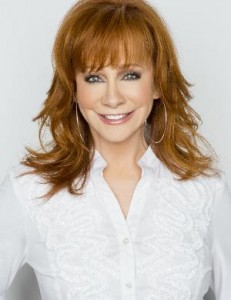 With a career that has produced over 56 million in worldwide album sales; 64 Top 10 hits; the #1 TV sitcom for six consecutive years on two networks; successful Clothing, Footwear and Home Collections; as well as a stint on Broadway that garnered a Drama Critics Award, Reba shows no signs of slowing down. As one the most successful female recording artists in history, she is the recipient of 15 American Music Awards, 13 ACM Awards, nine People’s Choice Awards, seven Country Music Association Awards, two GRAMMYS and is one of only four entertainers in history to be honoured with a National Artistic Achievement Award by US Congress.

All the Women I Am (2010), is Reba’s follow-up to the RIAA GOLD Certified Keep On Loving You, her 2009 inaugural effort on new label The Valory Music Co. The album became her first solo effort ever to debut at #1 on the Billboard Top 200 Albums Chart. In addition, Keep On Loving You, spent two consecutive weeks at #1 on the Billboard Country Albums Chart and garnered the Top 10 hits, “Strange” and “I Keep On Loving You,” as well as the biggest chart hit of her career, the 4-week #1 “Consider Me Gone,” that earned her yet another spot in the record books as one of the only female Country acts to log more than three weeks at #1.

In 2010, Reba continued her string of chart success with the lead single from, All The Women I Am. “Turn On the Radio,” a Top 10 hit and rising, is a lively, modern day kiss-off anthem. The title track, “All the Women I Am,” itself is both an allusion to the reality of Reba’s life – she is, after all, a mother, wife, daughter, sister, entertainment superstar, and businesswoman all rolled into one vivacious woman – as well as an energetic declaration that to love someone is to love all of the characters, traits and behaviours that make them whole. The listener makes his/ her way through the tracks on this album, each song recalling a distinct experience that contributes to making the superstar all of the women that she is. 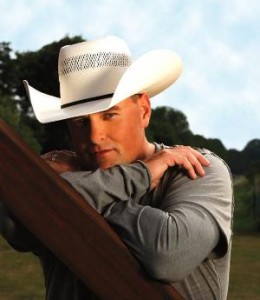 “The opportunity to be in the same room as an icon like Reba is amazing enough … to hear she is graciously offering to share her stage with me is just off the charts!” said Bamford. “I look forward to playing for my Canadian fans on this tour and am very grateful that Reba has blessed me with the opportunity to perform for her loyal following of Canadian fans as well.”

evenko is a Quebec company, which has become the most important independent promoter and producer in Canada. Presenting more than 1,000 musical, family and sporting events annually throughout the province of Quebec, Atlantic Canada and the eastern United States, evenko plays host to the biggest entertainers in the world and invests in the development and promotion of Quebec artists. evenko is also the creator and producer of two major festivals, the Osheaga Music and Arts Festival and Heavy MTL which are held at Parc Jean-Drapeau in Montreal. In January 2013, Pollstar, the industry’s most respected source, ranked evenko 8th worldwide in the Promoter category while the Bell Centre was ranked No.2 arena in North America and the 5th top arena worldwide in the category of top Arena Venues. The evenko trademark is the property of L’Aréna des Canadiens Inc.

Tickets for Reba in Saint John, NB go on sale this Friday, September 13th, 2013 at noon.