The weekend of June 6 and 7 saw the Miecon Ironmen play three games. 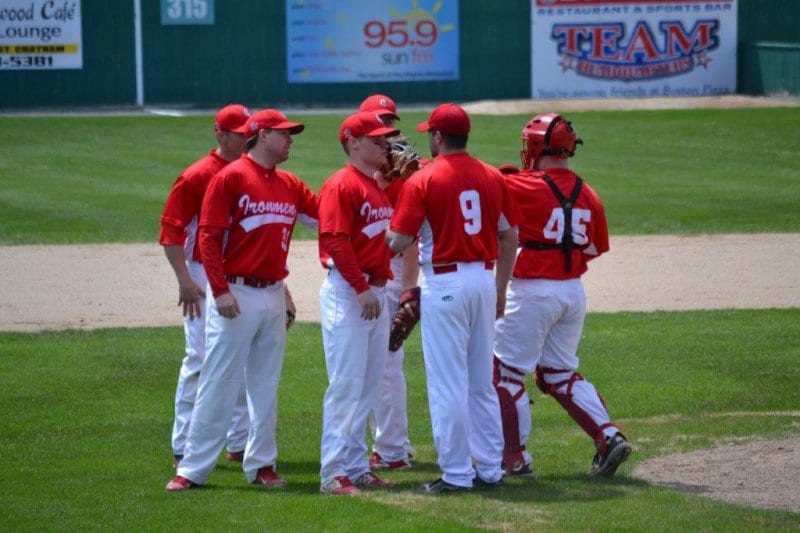 On Saturday they split with Charlottetown, losing game one 8-4. Darren Hardy took the loss in relief of Jamie Walls. Tyler McKay was 3-3  for the Ironmen.

In game two , Robert Gallant had 3 doubles while Kris Keating, Jeff McCarthy and Jimmy Russell had two apiece as the Ironmen won 14-8. Perry Deveaux picked up his first win of the season.

On Sunday the team jumped on the bus  to Moncton where they defeated the Fishercats 5-3. Kevin Bowes tossed a complete game in securing the victory.Tyler Mckay and Kris Keating had two hits for the Ironmen with one hit being a double for Keating.

Keating stole two bases over the weekend moving him to 10th place all time on the Ironmen stolen base list, passing Jody MacDonald.

Next game is at home on Thursday against Fredericton, with Emerson Savage taking the mound.