An Interview with Raymond Fraser 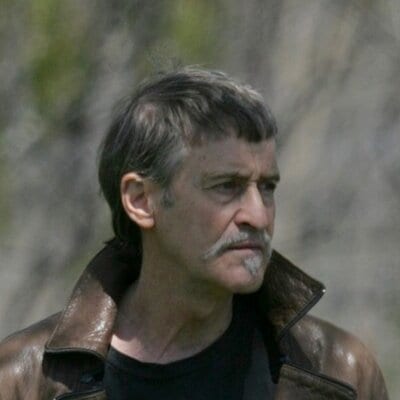 Raymond Fraser of Chatham is a Canadian author of novels, biographies as well as poetry. In 2012, he was made a member of the Order of New Brunswick for his contributions to literature and New Brunswick’s cultural life. He has also received the Lieutenant-Governor’s Award for High Achievement in the Arts for English Language Literary Arts. His most recent novel Seasons of Discontent is reviewed here. Ray presently lives in Fredericton. He recently agreed to take some time out from writing to answer some questions for The Miramichi Reader.

Miramichi Reader: Tell us about some of the books or authors that influenced you to become a writer.

Ray Fraser: That would have to go back pretty far. I guess you’d have to start with the Uncle Remus’s tales of Brer Rabbit and Brer Fox and so on by Joel Chandler Harris, and the various animal stories by Thornton W Burgess; those and other children’s books that were read to me as a wee lad. And Alice In Wonderland and Lassie Come Home. It would be a long list by the time I got to the end of it.

In a book of mine called When The World Was Flat I wrote a piece titled “My Ten Favourite Books” which turned out to be not ten but over a hundred. And that wasn’t mentioning my favourites when I was a young fellow and read the whole Hardy Boys and Nancy Drew series, as well as whatever other boys’ books I could find. There was a small library at the grade school I attended, St Michael’s, and I must have read everything in there that was of interest to a boy. Then there were books my sisters had at home, like Heidi and Black Beauty and Swiss Family Robinson. And some of my father’s, like a story collection by Damon Runyon. And countless comic books (funny-books as we called them). And I listened to stories on the radio (I loved stories whether spoken or written), weekly shows like the Damon Runyon Theatre, Bold Venture, The Shadow, Amos ‘n Andy, The Great Gildersleeve, Our Miss Brooks, The Lone Ranger . . .

In my mid-to-late teenage years I read John Steinbeck and Ernest Hemingway and James Joyce and Sinclair Lewis and Erskine Caldwell and John Dos Passos and James Farrell and Somerset Maugham; everything I could lay my hands on. At that time books weren’t that readily available in Chatham, so a lot of lending among friends went on. The only public library was in the Old Manse in Newcastle and I hitchhiked there quite a lot for a supply. But to answer the question, it wasn’t any particular book or books that inspired me to take up writing. It was an evolving thing, beginning with the first child’s book I had read to me and on from there.

MR: Do you use the Public Library System?

RF: I do, if they have what I’m looking for. I don’t read as much each day as I used to (I spend far more time writing than reading), so if I borrow a thick book I generally have to renew it several times.

RF: I don’t normally re-read books, unless after a great deal of time has passed. The only exceptions were Alice In Wonderland and Huckleberry Finn. There was a time in my teens when I read Huckleberry Finn once a year for three or four years. I tried it again recently, but I’m afraid I wore it out, because it rather let me down this last time, probably because I was too familiar with it. Sometimes just a second reading doesn’t pay off, for example Samuel Butler’s The Way of All Flesh. I listed it in the aforementioned “Favourite Books” essay, but then I picked it up last year and tried it and found it bloody awful. I can’t believe I ever liked it. I think I must have died and been born again and am now a different person from what I was then.

MR: Do you have an eReader? If so, what are your thoughts regarding them?

RF: A year or so ago I bought an e-tablet, if that’s the word for it, mainly if not entirely because I wanted the camera it contained so I could take pictures and copy them to my computer. However, there were some old classic books I wanted to read or re-read but couldn’t find in the normal way, but which were available for free as e-books on the internet, so I grabbed a bunch. I tried reading one in a coffee house but couldn’t see the print for the overhead lights reflecting on the screen, and so decided it wasn’t for me. But then we had a power outage and I discovered there are no reflections from lights when there are no lights on. I started reading (re-reading) Dostoyevsky’s “The Possessed” to help get the time in, and got a good start on it, and next day went to the Fredericton Library (see question 2) for a real copy which I finished after several renewals.

Then one day I ran out of paper books to read, and with nothing to lose tried an e-book over lunch at home. It was daytime, but without overhead or back-lighting and away from all windows the screen worked fine, with no reflections. In fact it was more convenient for reading while eating than a real book, since I didn’t have to clamp the pages back with a clothes pin or similar device every time I turned a page but just gave the screen a swipe with my little finger. But for all that, I’m still loyal to the old-time books, I take a real book out in the evenings to read while having a tea, and I’d never want to see them replaced, not the good ones, above all not the ones I’ve written.

MR: It is well-known that Pierre Berton used a typewriter right up until the end, refusing to switch over to a computer. What about you? Did you find the transition to a PC easy, assuming you use one for writing?

RF: I had no trouble there, a computer keyboard and a typewriter keyboard aren’t much different; you hit the keys of the former less hard than the latter is all. The computer itself took some learning, but I bought a book on the amazing WordPerfect 5.1 (it was in 1991) and soon caught on. As a way of practising I wrote some stories, including a partial first draft of my short novel Repentance Vale.

MR: Are there any up and coming authors that impress you?

RF: None I know of, but that means nothing, since I haven’t been keeping up with them. There are far too many people writing (and publishing books) these days to have the time to check them out. I’m sure in one way it’s no different from any other era, in that very few will have exceptional talent. It would be nice to know some do, but you’d have to sift through tens of thousands to find them. My old friend Henry Miller (well, I talked to him once, in 1969) when I mentioned there were a lot more people writing at that time than in the forties and fifties, replied, “Too many!” I wonder what he’d think today! There might be more people writing in Fredericton now than there were in all of Canada back then. It’s right up there with golf as a thriving recreation.

Right now I’m reading “The Forty-Five” by Alexander Dumas (very good), and Robert Louis Stevenson’s “Travels with a Donkey in the Cévennes” (largely uneventful, but picking up towards the end), authors who are a bit past the up-and-comer stage. Of the unnoticed, I enjoy Robert Markland Smith’s work, but he’s 67 so maybe he doesn’t qualify either.

MR: What’s the worst thing a critic or a reviewer ever said about one of your books?

RF: It goes without saying that no critic worth his salt has ever said anything bad about my books. As for the others, the comments they made stemmed either from malicious envy, petty ambition, or pure stupidity; or a combination of these. It’s not wise to keep that kind of rot fouling up the atmosphere of your mind, so the thing to do – and what I do – is kick it down the stairs and forget about it.

MR: You have done two biographies so far (The Fighting Fisherman: The Life of Yvon Durelle and Todd Matchett: Confessions of a Young Criminal); do you plan to do any others?

RF: No more biographies. I have neither the time nor the inclination. I’m already, in my novels and stories, writing about the people I want to write about, and think them quite as interesting as the famous or infamous of the world. That’s only my impartial opinion, of course, but since it’s impartial it’s entirely reliable.