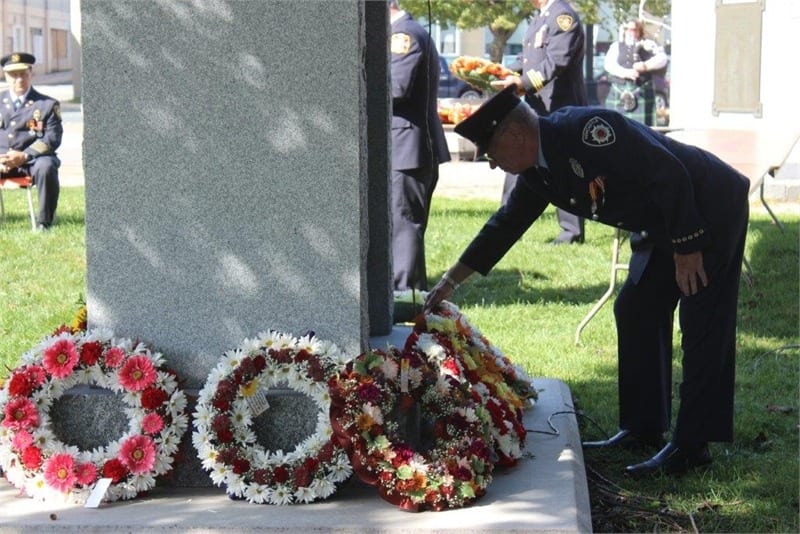 Emcee for the event was Randy MacTavish, Division Chief, who called the wreaths and introduced the events program. Regional Fire Marshall Leon Ross gave the Fireman’s Prayer in English and Ligouri Turbide, Baie-Sainte-Anne Fire Chief, gave the prayer in French. Following the prayers wreaths were laid representing each Fire Station in the area followed by wreaths placed in memory of firemen Byron Goodin, Willard J. Delano and Charles Delano, who were killed in the line of duty.

Click to enlarge any of the images below. To view more pictures from the ceremony, visit the Mighty Miramichi Photo Gallery.