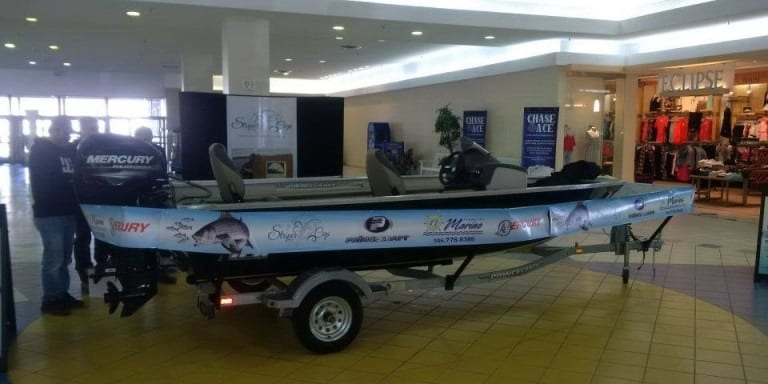 “Miramichi Marine is pleased to be the Diamond Sponsor of the 2016 Miramichi Striper Cup. We are proud to offer the Grand Prize of 2016 Princecraft Resorter DLX SC powered by 40 HP Mercury outboard. Best of luck to the participants and good fishing!” said Paul Murdock, owner of Miramichi Marine.

“Without support from these great sponsors and multiple levels of government, this fantastic fishery would still be the best kept secret in Atlantic Canada. Remember, catching is way more fun than fishing … put them back for the kids,” Jeff Wilson, co-promoter of the Miramichi Striper Cup, said.

The Miramichi Striper Cup 2016 Grand Prize, valued at $20,000, is on display at Northumberland Square in Douglastown. For more information or to register online visit www.miramichistripercup.ca.