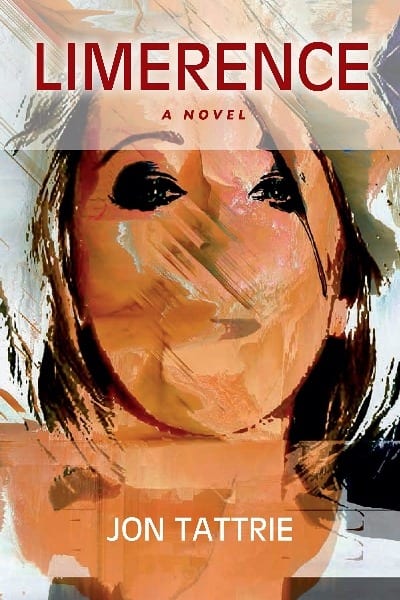 Jon Tattrie has written a very clever book in Limerence (2015 Pottersfield Press). What do I mean by “clever”? It is a clever idea, cleverly conceived and written. It concerns the life of Manitoba resident Sam Stiller who loses his wife and son in a car accident and sets out to reinvent himself on the east coast of Canada as Cain Cohen.

Cain Cohen denies he was ever Sam Stiller, but there are some telling clues: the love of Leonard Cohen’s music (which is referenced liberally throughout the book and hence his new last name), and the biblical reference to Cain, who became an outcast after murdering his brother Abel.

Cain is also ensnared by limerence, which is the state of mind associated with the intense emotions of new love. We also learn that a human can only feign perfection in a new relationship for three months before their ‘real’ selves begin to emerge. So limerence eventually fades, and the only way to get it back is to get a new romantic interest. This is what Cain does, repeatedly. However, he meets someone whom he actually does love and who is different from any of his previous affairs. They have “dates”, converse on deep subjects and don’t even kiss until the third date. Then they marry, settle down in Halifax and have a child. All seems well until Cain’s past (or is it Sam’s past?) catches up to him. This is where Cain, living in relative anonymity on the east coast is cast into the legal spotlight as his new identity is challenged in the courts. Still, he firmly maintains he is not Sam Stiller.

Without having to give any spoiler alerts, the cleverly conceived part of this novel is the way the story is told, or rather the way the Sam/Cain mystery is revealed. Every so often, another voice interjects into the narrative and we gradually come to recognize that it is the voice of the author whose book we are holding. As he explains to his wife: “I interject myself into the novel from time to time to add a layer of tension and suspense.” Which it does!

Eventually, he brings us up to speed on Sam/Cain’s life so that he is writing at about the same rate we are reading, suffering along with him as he vacillates back and forth with possible endings, blank pages, dealing with his present family life, and finding a quiet place to write. The author himself is struggling with feelings of limerence watching as Cain Cohen freely lives his life going from woman to woman with very little to tie him down, even in his fifties. He says of Cain:

“Maybe a little bit of him [the author] was jealous of Cain’s unattached, free-form lifestyle. But maybe that little bit was outweighed by the big bit that wanted to be free to love one woman long and deep.”

This is the struggle many men face, and likely women too if the truth be told. I would say this is primarily a good read for men, but women would enjoy it too, perhaps coming to a better understanding of the struggles within the men/man they love.

So what does it mean to be a man? Get a copy of Limerence and start discovering.

Jon Tattrie is an award-winning author and journalist. His previous books include Daytrips from Halifax, Cornwallis, The Violent Birth of Halifax, The Hermit of Africville and Black Snow.Tattrie lives in Bedford NS with his wife Giselle and son Xavier.