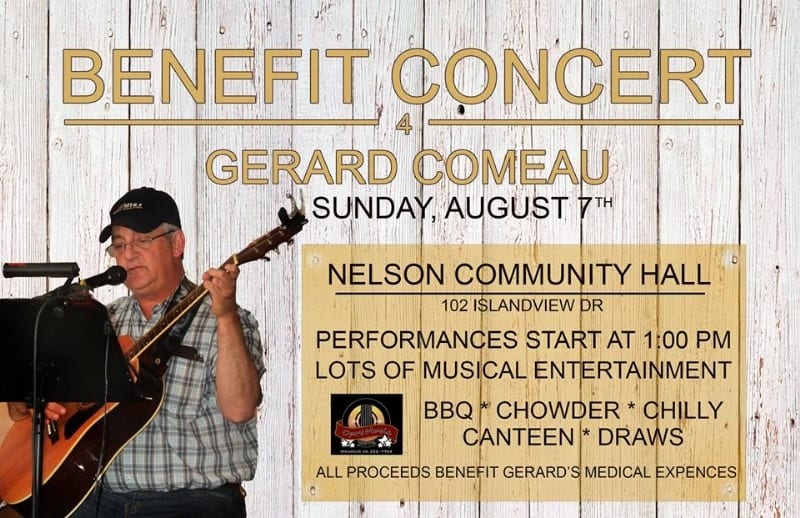 A Benefit Concert for Gerard Comeau will be held on Sunday August 7th, 2016 in the Nelson Community Hall at 102 Islandview Drive, Miramichi. Performances will start at 1 pm and there will be plenty of musical entertainment. There will also be a BBQ, Chowder, Chili, and canteen available as well as various draws. All proceeds will go toward Gerard’s medical expenses.

Gerard is one of a kind, a wonderful man with a voice like no other. He loves music and entertaining. You may have heard him play at many events around the province.

Gerard has been diagnosed with Multiple Sclerosis. MS is a disease of the central nervous system (your brain and spinal cord).

Gerard has been travelling a lot for medical treatment so we wanted to host a Benefit Concert to help cover some of his expenses.

This is a family friendly event. There will be lots of food, great music, and draws.