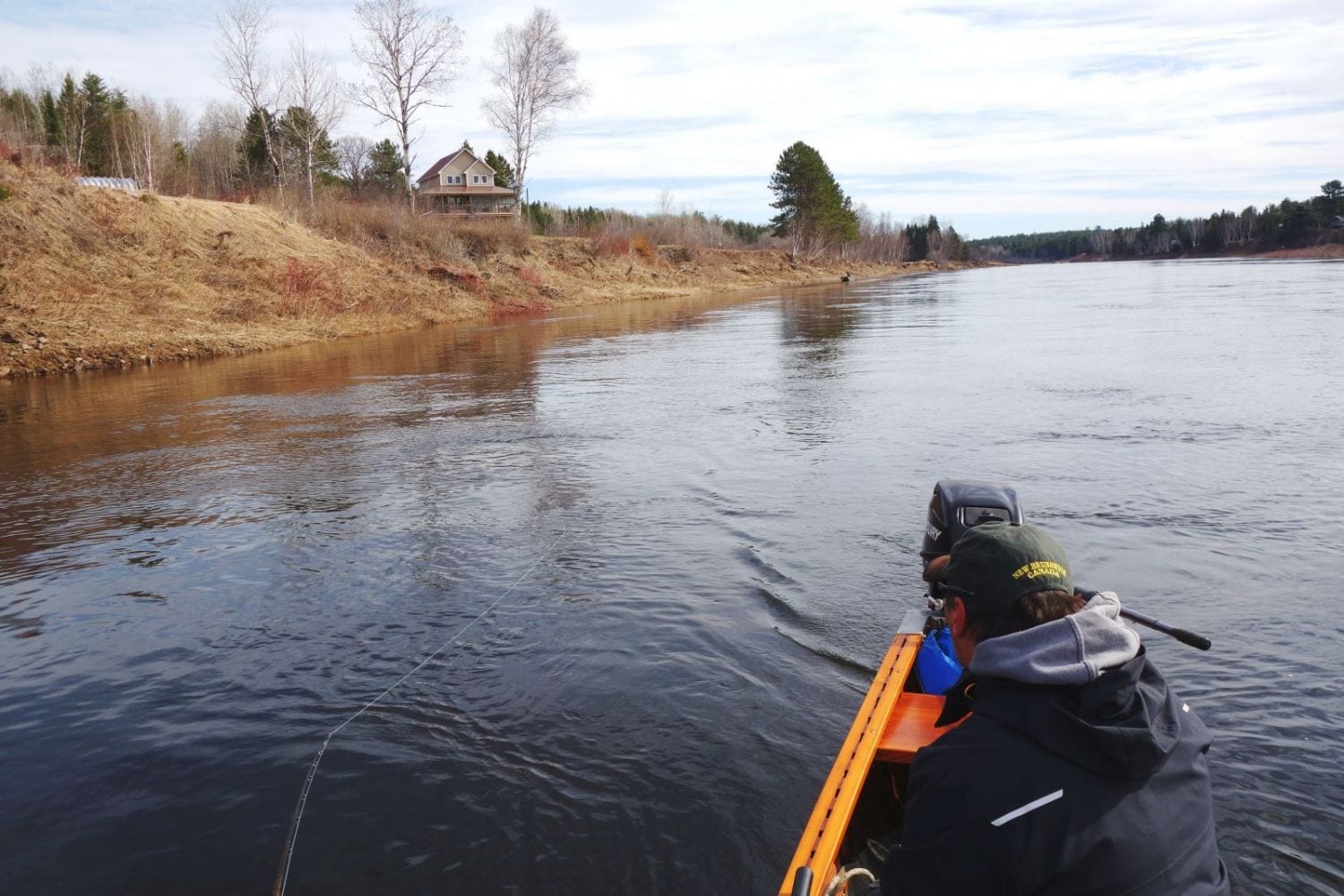 Jason Curtis watches for a pull on the line near Washburn Island. 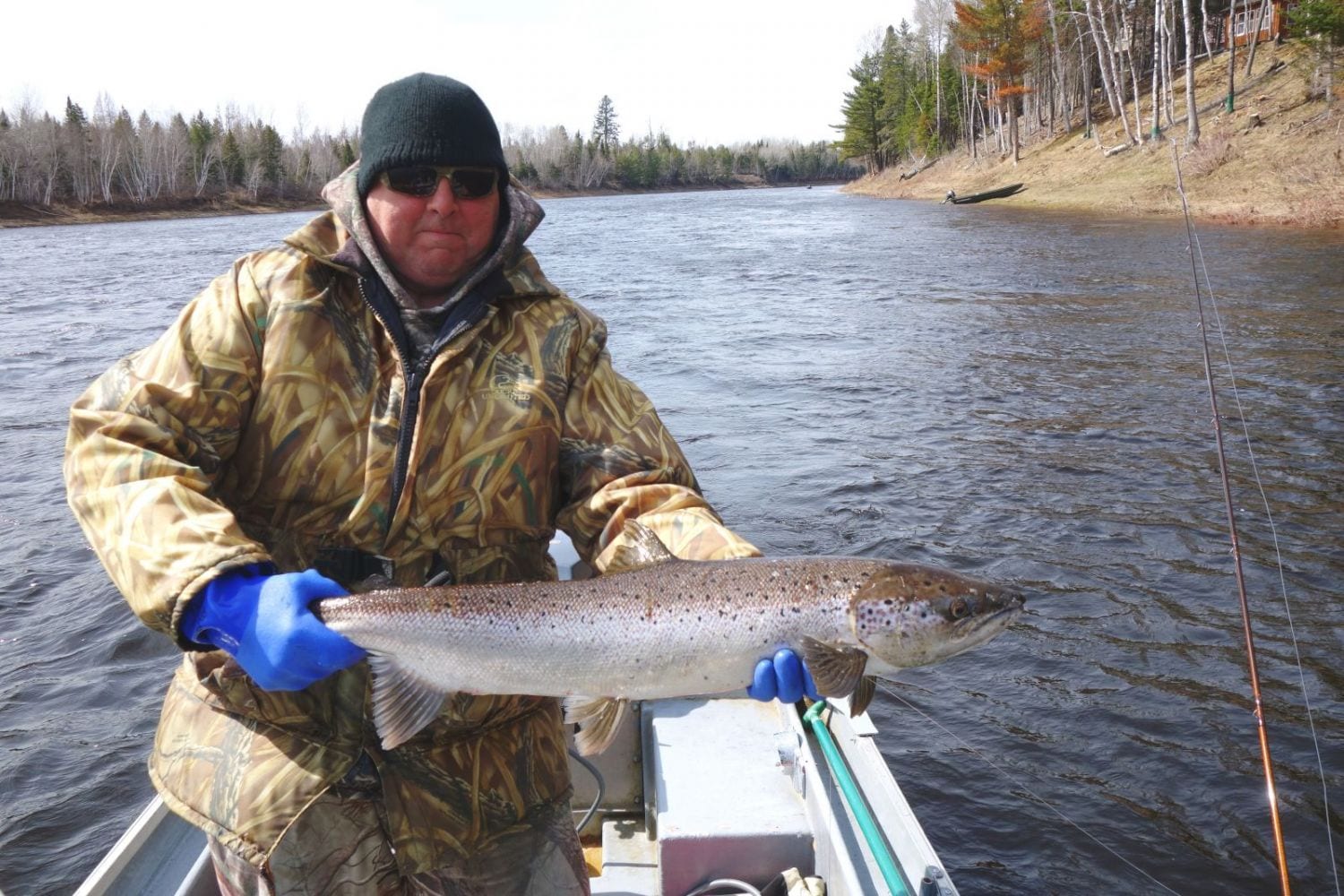 Eddie Colford with a good one just upriver from Doctor’s Island.

An old fishing friend, Jim Lukens, and I went spring fishing on the Miramichi for three days this last week. After a rough start with very high, ice-filled water that made the river essentially unfishable for the first week or so of the season, spring fishing has been fairly good.   In fact on the way home we stopped at WW Doaks where Jerry told us that one party that has been coming for many years said that this year was among the best catches that they have had…

Our own experiences weren’t nearly as good as that, but they weren’t bad either.   It did seem this year that those who were willing to troll did much better than the boats that were anchored and casting.  We witnessed that first hand.  Maybe it has always been the case, but it has seemed to me that in other years we caught fish on a par with folks who were trolling near us.  In any case I was very glad to see that the fish were there to be caught. 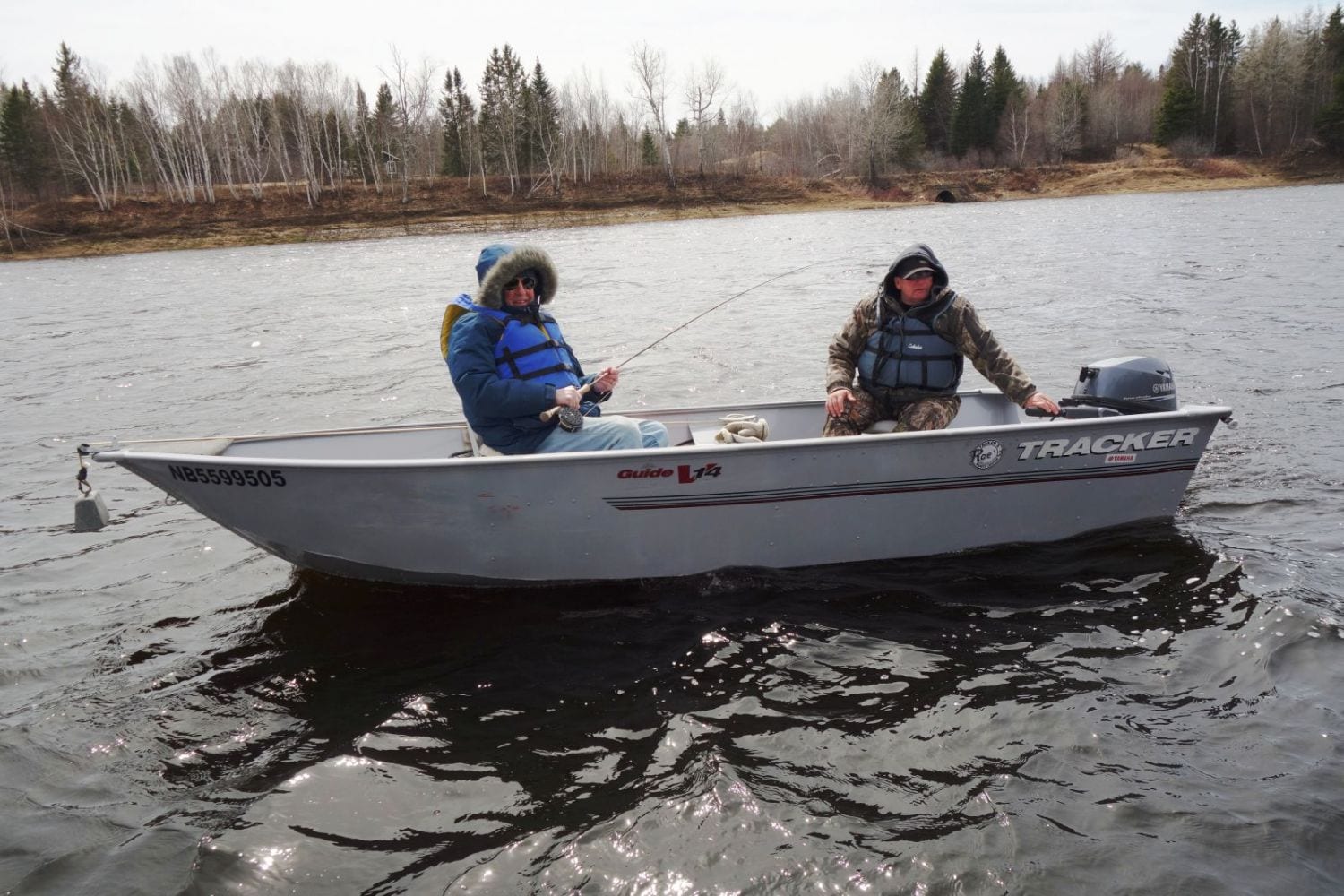 Smiling Country Haven angler and guide. They released three while we watched them. 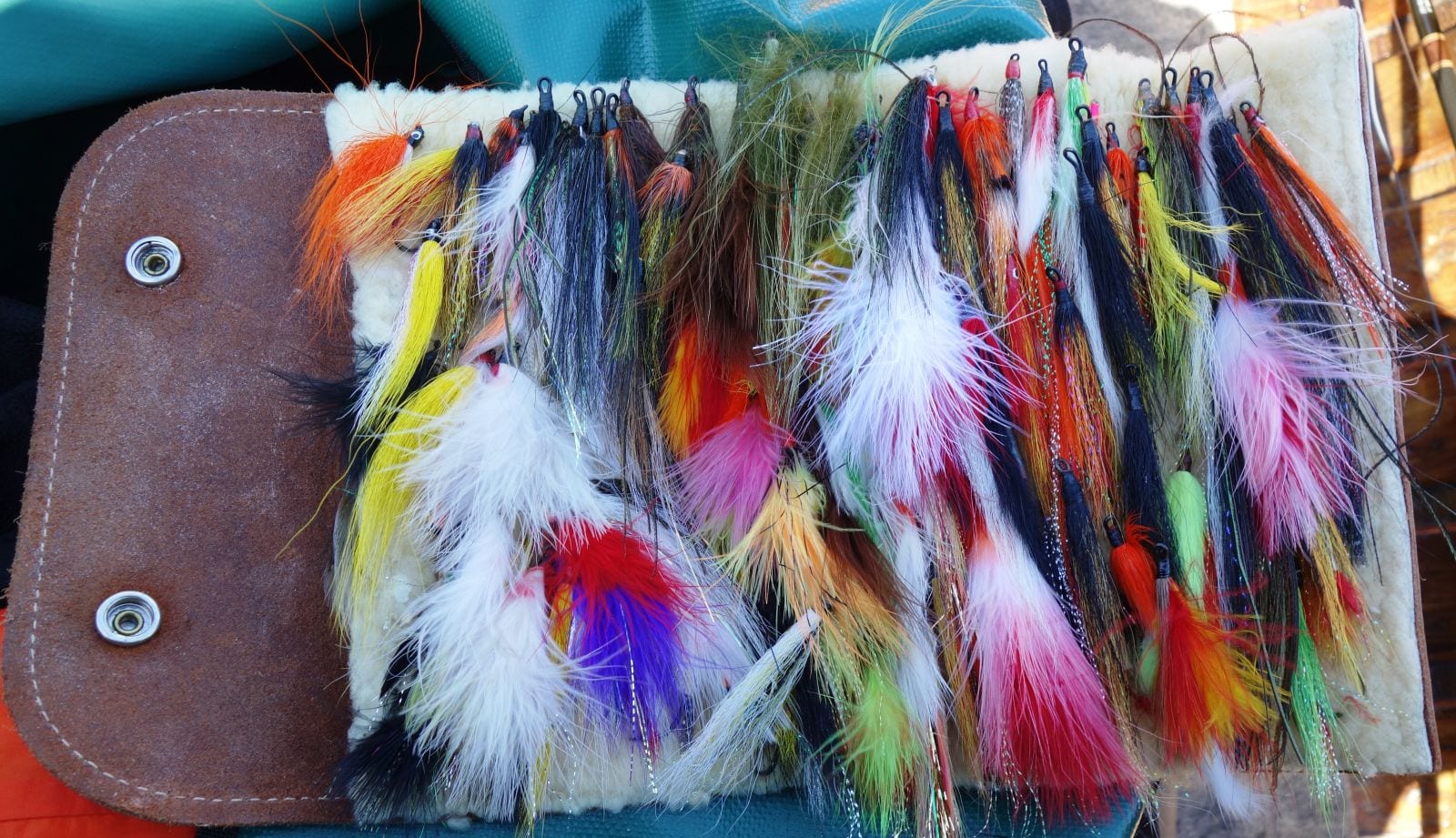 The catches came from up and down the river. I stopped by Keith Wilson’s in Mcnamee on the way home Friday, and found that he was very happy with the fishing.  Keith was busily taking reservations on the phone while he had a fishing couple sitting in his office who were checking in for the weekend.  Byron Coughlin of Country Haven was busy too, and we saw his guides out all over the river in the vicinity of Blackville.  One CH guide that Jason Curtis knew told us early on Thursday afternoon they had already hooked 14 salmon, though quite a few of them had gotten off.  Another said that they had landed 7 on Wednesday morning alone.  It was good to see a lot of happy people. Now if we could just have an uptick in the salmon returns this year I think there would be a lot more smiling faces.  There is some good reason to hope for it as we hear that the capelin population is on a bit of an uptick, and the improved catches – even though outside of their agreement to limit catches – of the Greenland fishery may herald better returns for 2019 than we have been recently experiencing. 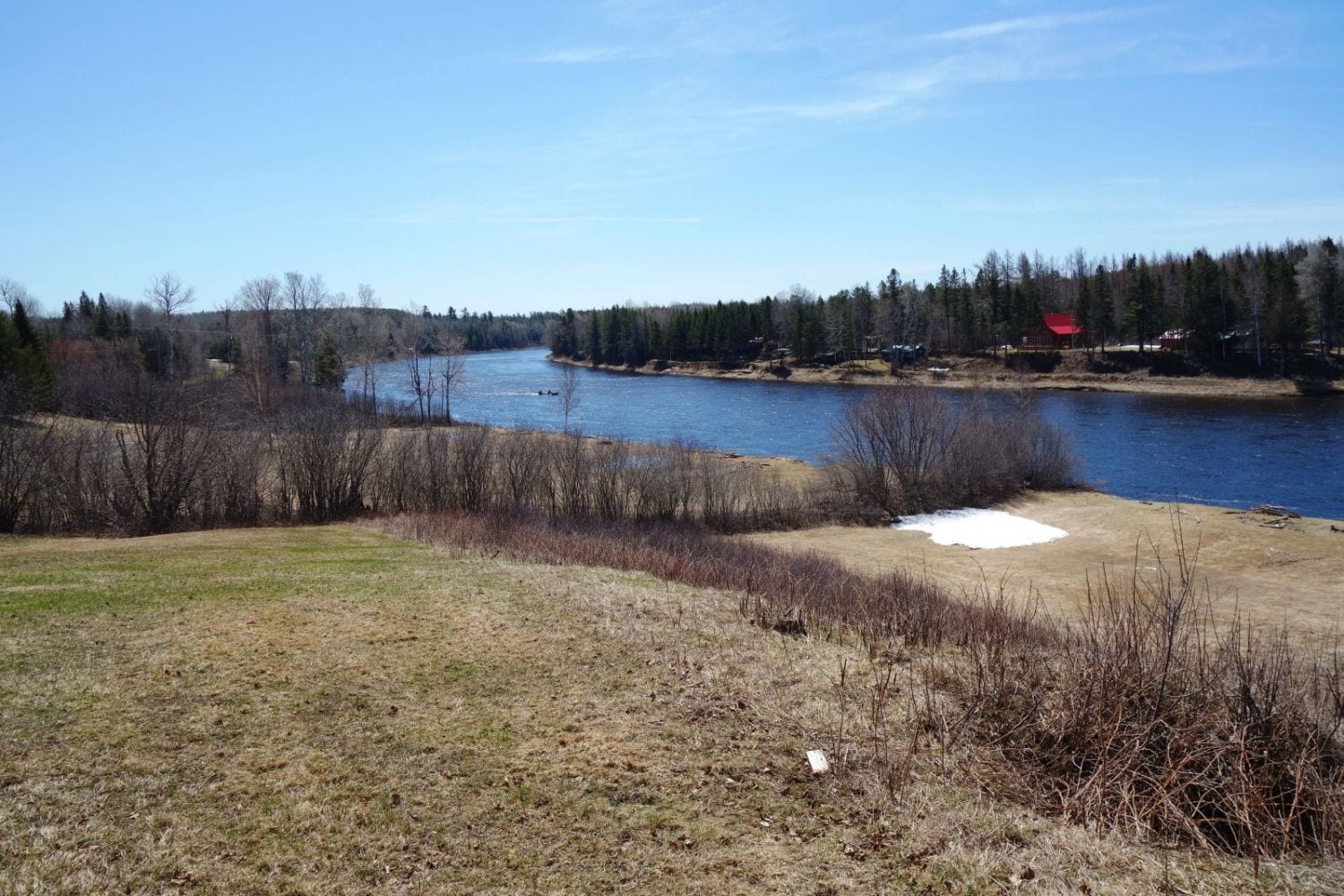 A really bluebird first day of May 2019.

The progress of spring this year on the Miramichi seems a bit confusing. This is the first time I have been there in May when there were no swallows flying around the field at Campbell’s, and when there were no peepers in our pond.  The peepers, though, started after the warm afternoon on Wednesday, and this morning as we got ready to leave there were freshly arrived tree swallows checking out the nesting boxes.

Usually, too, we see lots of deer day and night in the fields between our camp and Anderson’s. This year, though, I saw only one deer crossing the driveway.  Jason Curtis said the local deer had a reasonable winter, and that the fields contained many of them up until a couple of days before we arrived.  As they eventually do every year, when the time is right, they just melt back into the woods.

As I walked out the door to leave camp this morning I noted that the daffodils in our little garden were only about an inch out of the ground. I’m sure that will change quickly now, and when I get back up in about 2 ½ weeks I expect that the foliage will be starting to open up and spring will be very evident. 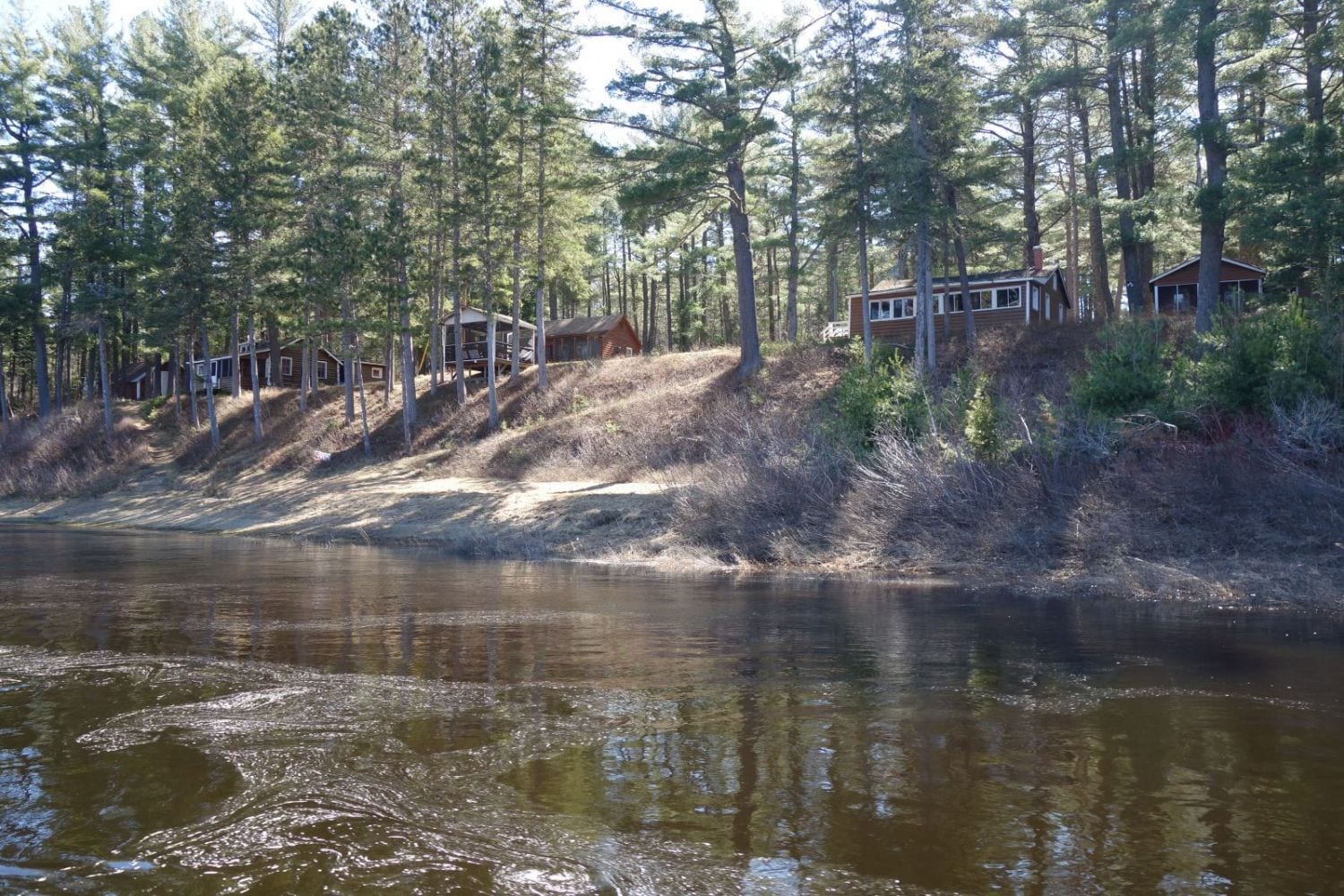 For those of you who knew Wade’s Fishing Lodge and stayed there, I sadly report that the dining room caved in this year from ice and snow.  The cabins and dining area really haven’t been used for some years now, and if they aren’t past the point of no return they are beginning to look it.

Here is a little collection of photos I took on the trip.  If you click on a photo it will enlarge and the focus will be much better. 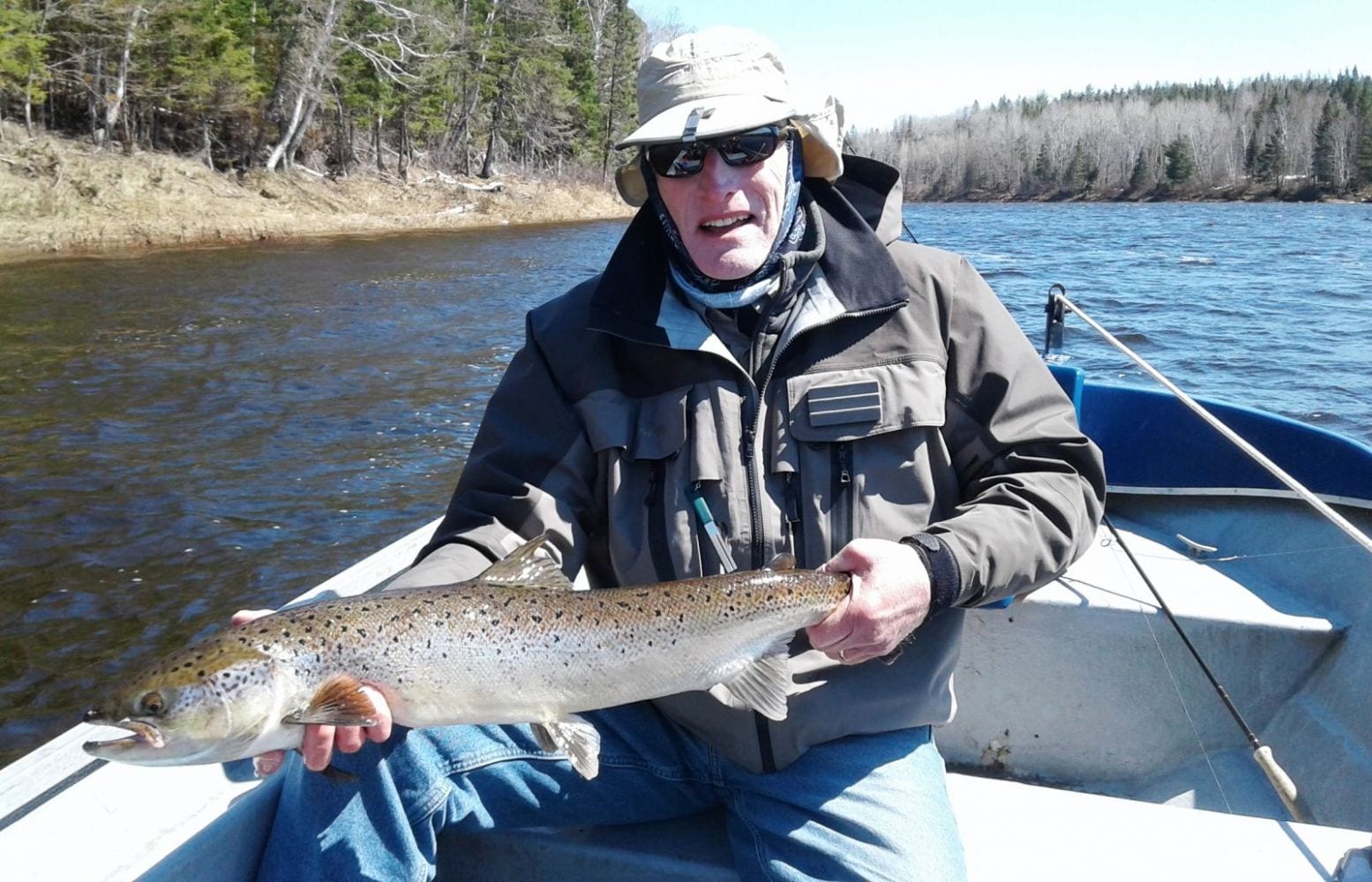 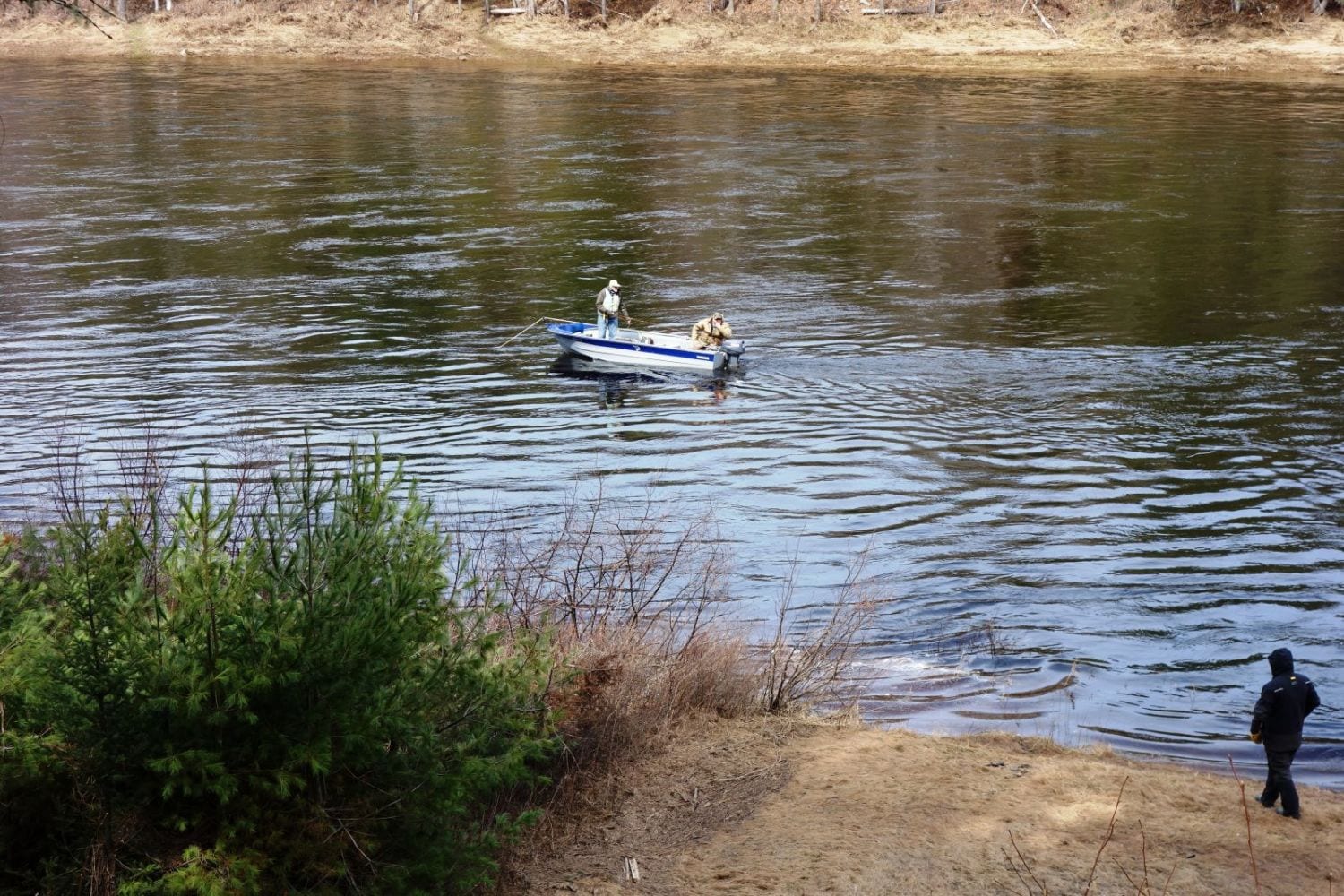 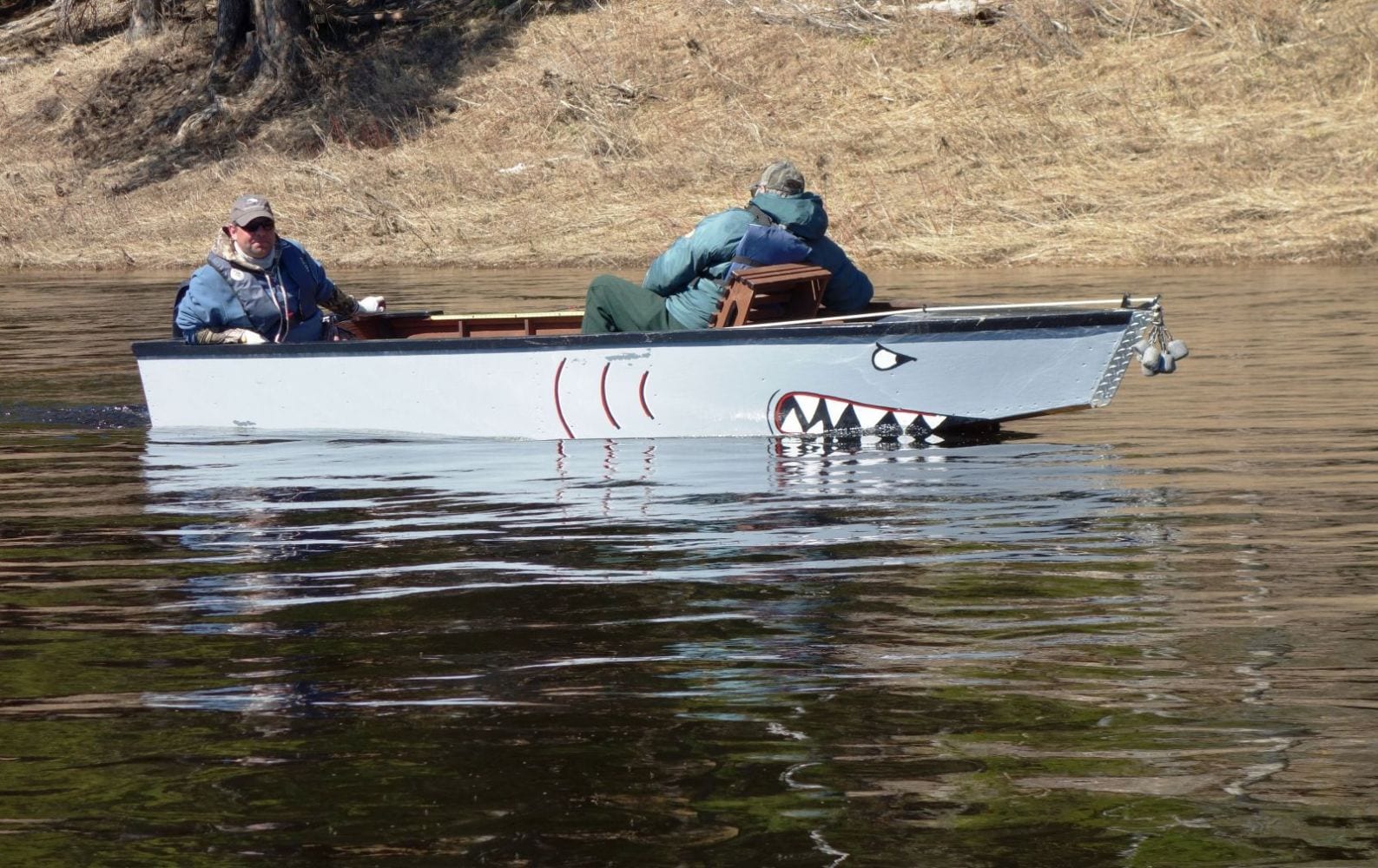 Revenge of the fish… 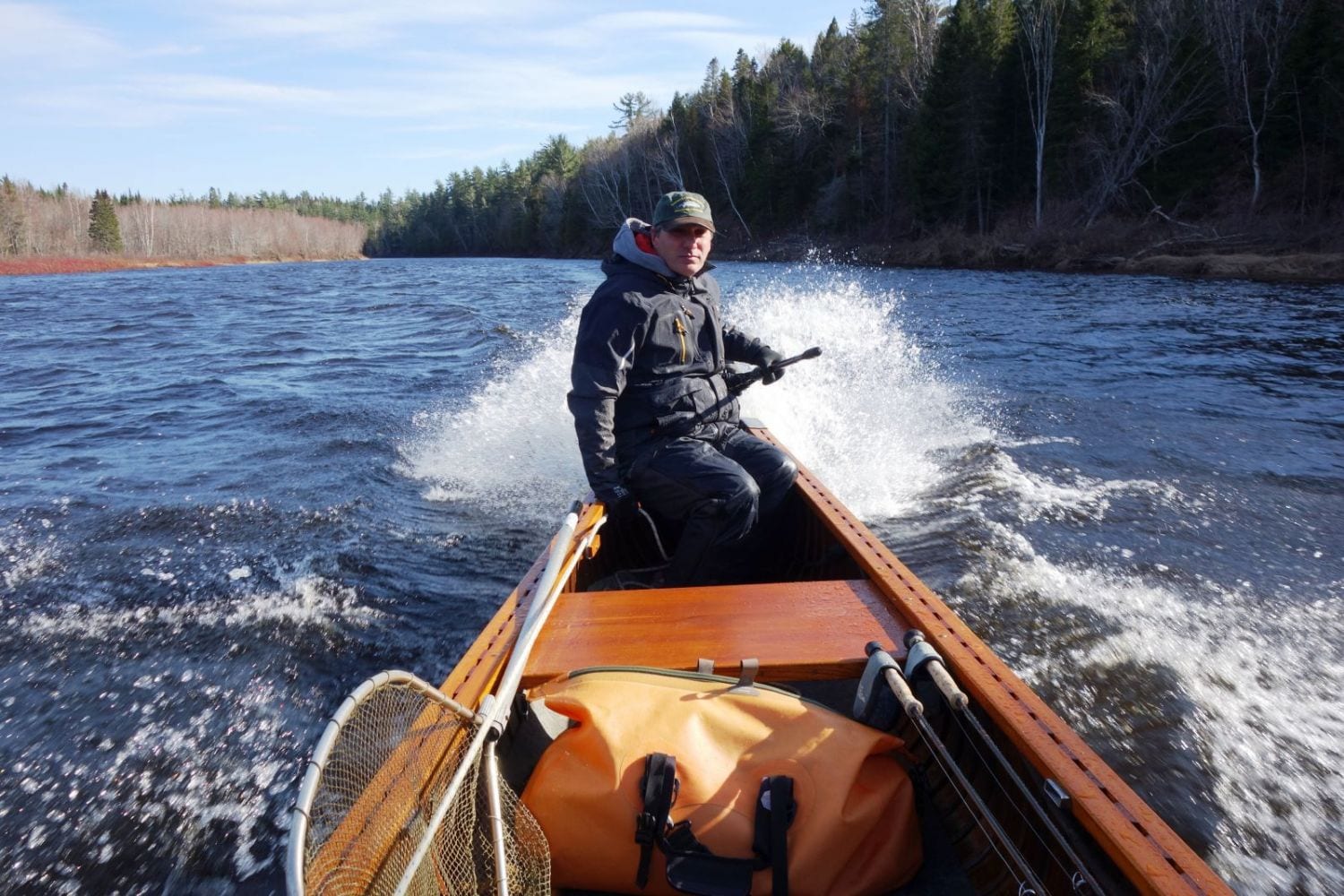 Running up the Cains. 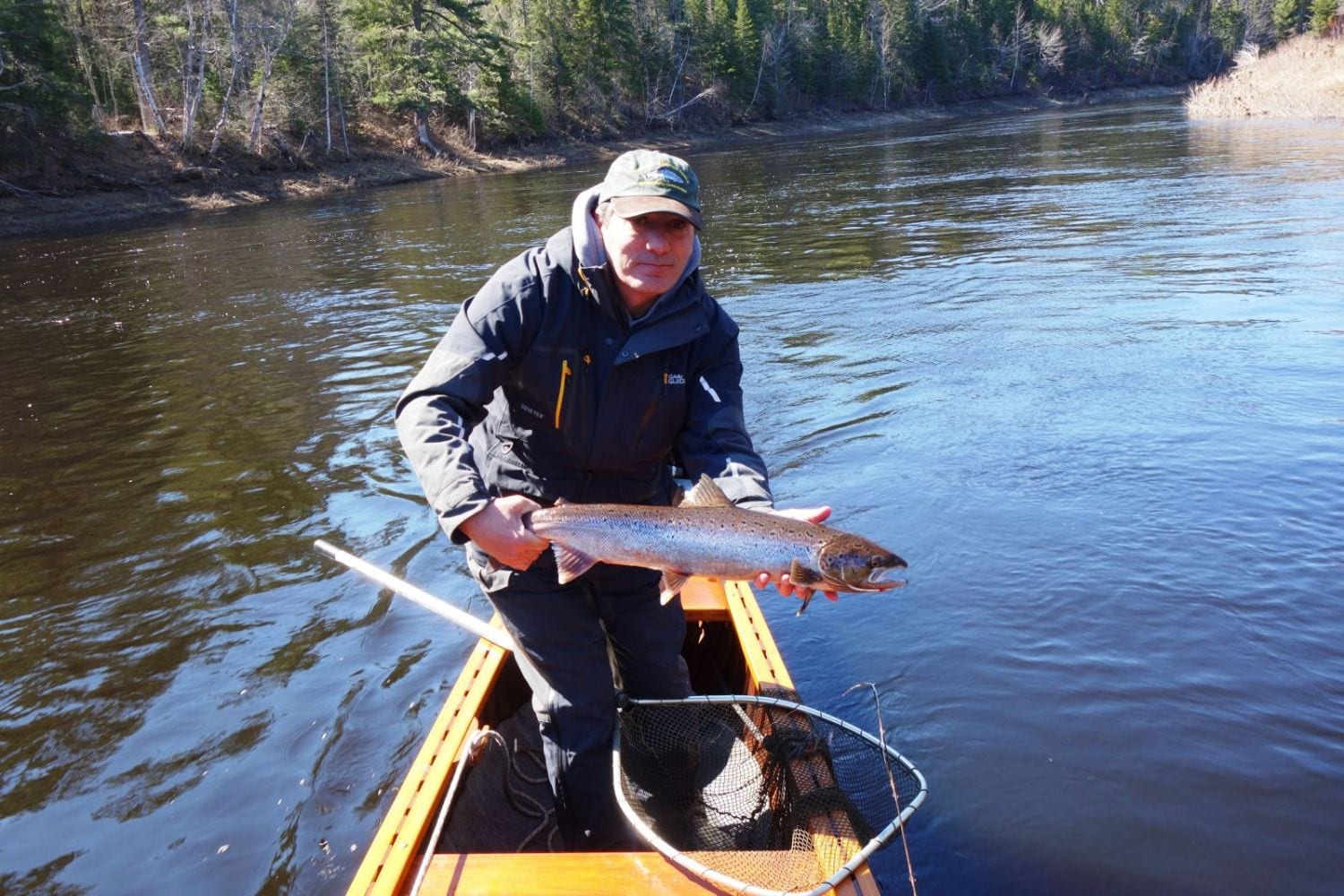 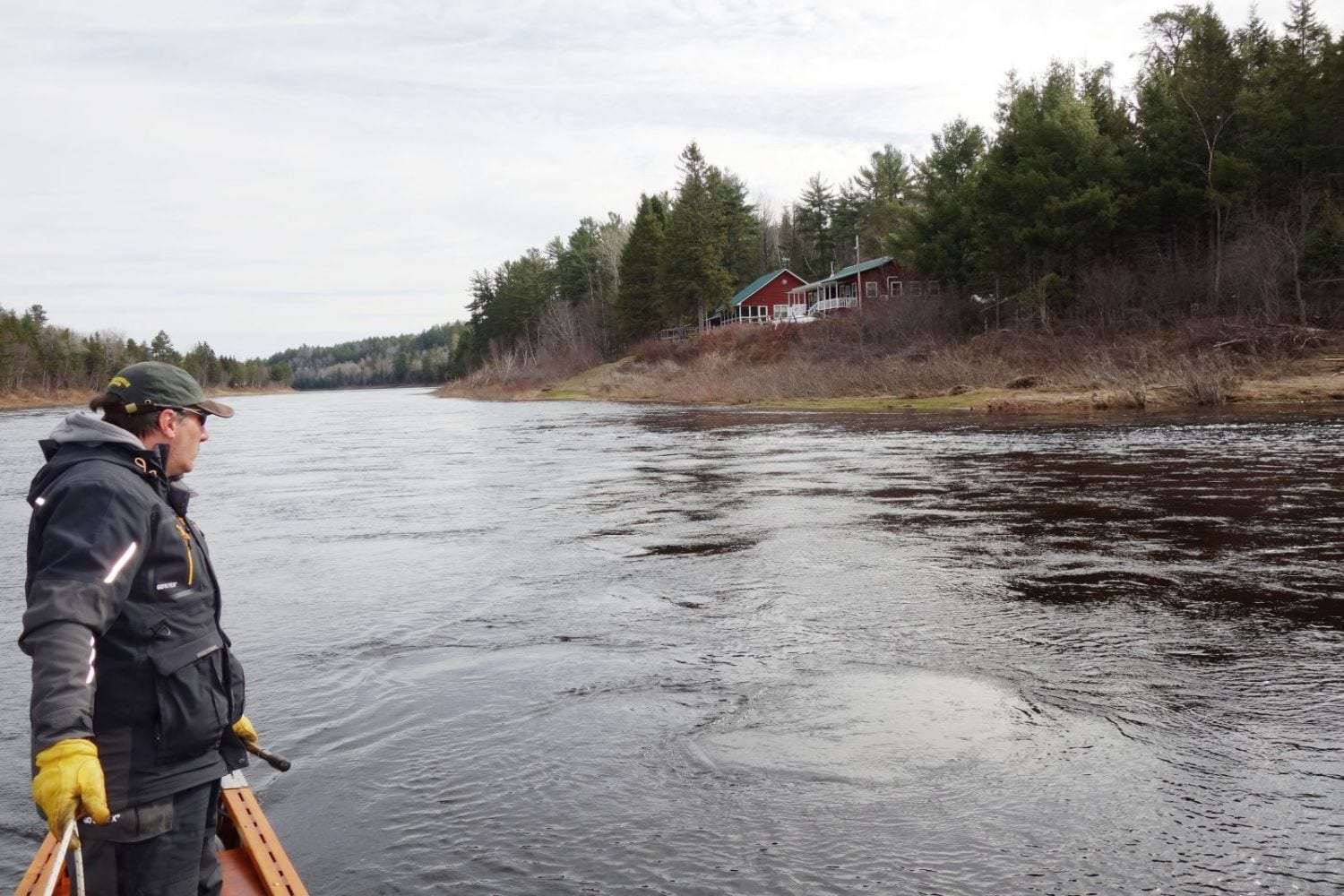