Skip to content
Connect with us:
FacebookTwitterInstagram
May 2, 2007/Giv'er Miramichi/Be the first to comment/General Interest 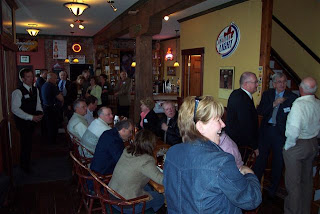 Miramichiers from upriver down to the Bay
Showed up in large numbers to show the Foreign Press
A Down Home Good Time
Last week some of our Mighty Crew went to a special event at O’Donaghue’s Pub in Chatham. A group of international journalists on a fishing trip had been invited to enjoy an evening of Miramichi hospitality and have an audience with the Premier. A lovely lunch of beef stew, seafood chowder, homemade rolls, ginger bread, carrot cake, and cheese cake was served. 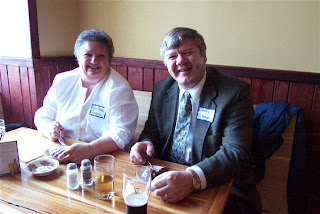 Darlene Jardine and Dewey Gillespie enjoy dessert
Connie & Paul, Owen Murdoch and the legendary Matilda Murdoch were on hand for an old fashioned Miramichi Kitchen Party that had Premier Graham rolling up his sleeves and playing the spoons right along with them. 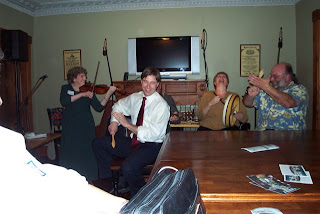 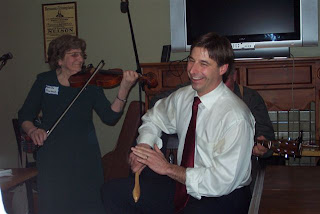 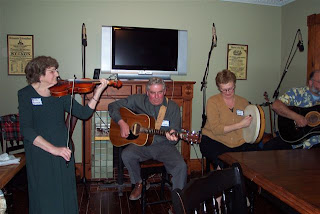 Several mementos of the Miramichi were presented to local dignitaries and the international journalists. 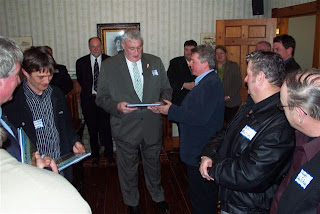 Gifts were Presented to Delegates 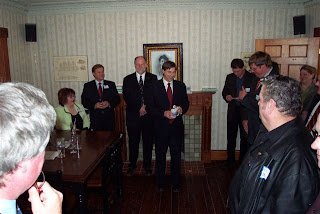 The Premiere Receives Miramichi Gifts
Raw footage from a documentary film being made for a German audience was shown. Some following a truck driver in Blackville, but more from down the Bay with generations of fishermen ice fishing smelts. Afterward the eldest man from the film stood and spoke about their way of life and how it has changed since he first started and also about the Escuminac Disaster. The foreign press asked questions and then Connie & Paul sang the saddest song about the women who must wait for their men at sea. 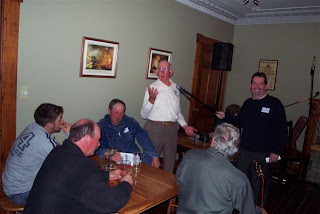 Remembering the Escuminac Disaster
All in all, the evening was a great success and very well attended. 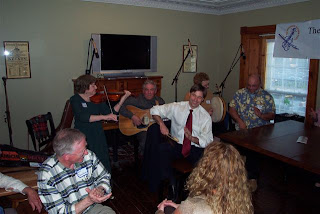 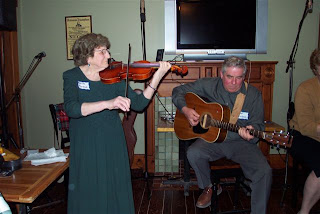