Skip to content
Connect with us:
FacebookTwitterInstagram
April 10, 2008/Giv'er Miramichi/Be the first to comment/Arts & Entertainment 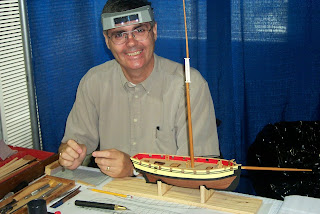 Bob Squarebriggs working on the Seaflower

Full and half-models of famed frigates, barques, clippers, cutters, brigs and warships that rode the rough seas throughout the 18th century are on display.

$5 admission supports education programs at the Eco-Centre.
For more details call 773-9524.
Robert Squarebriggs is featured in “Ships in Scale” and “WoodCarving Illustrated.”