Generally, there are fish through out the system, but not necessarily in great numbers, and only a few fresh ones as there has not been a big fall run as of yet. Getting the fish to take is also another problem, but those who are putting in the time, are having limited success. Water levels are dropping, but generally still on the high side. 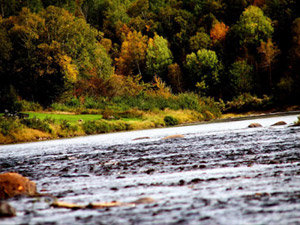 The Cassilis trapnet was averaging only a couple of fish a day while Millerton was also getting a few each day, but no significant numbers. Hatchery manager Mark Hambrook said they had started collecting brood stock on Tuesday with their first stop being the Cains River. He said there were good numbers of fish in the Cains at present. Every year about this time they also begin to take out a number of beaverdams to allow fish to get to more of their spawning grounds. This year, most of the work will focus on the Cains. The MSA is also doing their fall electro-fishing to determine juvenile populations of fry along various parts of the system in general.

W. W. Doak and Sons in Doaktown said angling was improving day by day as the water dropped. Fishing was not the bonanza it had been earlier in the summer, but there were good quantities of fish around, but not a lot of local anglers out, so there were not as many reports of fish being caught. However, there are fish to be had if one puts in the time. Most were dark with a few fresh ones. One angler landed a 41-inch male hook-bill with all of the fall markings on Tuesday.

Derek Munn of Ledges Inn in Doaktown and Mountain Channel in the Rapids area said were still getting some fish, with angling picking up on Monday and Tuesday as the water dropped. It was still a bit high by late Tuesday, but fishable. The fish were there, but they were not taking well. One angler had caught a nice 22 pound female on Tuesday.

Flies of choice were Maribous, Bombers (particularly with brown and orange) and Conrads.

Herb Barry Sr. of Herb’s Fly Shop on the Station Road in Blackville said there were good numbers of fish around, but it was hard to catch them as they were not taking well. There had been four or five caught Tuesday morning, but none during the evening. The water was still a bit high, but dropping. He was told anglers were seeing some big salmon. Over all there was a good mix of salmon and grilse.

Flies of choice were Will Taylor Specials, General Practitioners, Same-Thing-Murrays, White-tailed Green Machines and some Maribous.

Curtis Miramichi River Outfitting in Blackville said anglers were catching a few fish and seeing lots, but they were hard to get to take a fly. The water was still a bit high, but getting down to near normal. The fall colours were starting to show and canoeing conditions were good.

George Routledge of George’s Fly Shop at the Mouth of Renous in Quarryville said there were not a lot of fish around, but there were some and even the odd fresh one, but without sea lice. Anglers were getting a combined total of about four or five a day at Quarryville, with most being grilse. The water was still down a fair bit, but still on the high side.

Flies of choice were Yellow bugs, White-tailed Green Machines and a variety of fall patterns.

Jim Laws of Miramichi Hunting and Fishing in Newcastle, Miramichi reported angling picking up some as the water levels came down to fishable levels. The Northwest was having decent fishing. Most people who were coming into his shop were getting prepared for Moose, bird and deer hunting.

Syd Matchett of Trout Brook Fly Shop on the Northwest Miramichi said angling was still decent with good numbers of salmon and grilse being hooked on the weekend. The water conditions were excellent with the water just a tad darker than normal.

Debbie Norton of Upper Oxbow Outdoor Adventures on the Little Southwest Miramichi said angling was tough with some places producing fish while others were not. Regardless, one had to work hard to get them to take. There were not many fresh fish and most were grilse. The water was still a bit high, but barely fishable.

So with the fall colours beginning to show, good canoeing conditions, and decent numbers of fish around, get out and “on the water”. Maybe the fall runs will start this weekend.

Humour: In the winter time a young man visited a local frozen lake to learn how to ice fish. He stopped by the first ice fisherman and asked what his favorite method was. The fisherman said “I usually use small minnows. Just set up a tip-up and when the fish take the minnow a flag pops up to let you know a fish is on. Not having any luck today though.” The next ice fisherman wasn’t catching anything either. He told the young man “I use small worms or grubs and then I jig with with small shiny spoons.” He then demonstrated his jigging technique. The young man then saw an ice shanty surrounded by dozens of fish on the ice. He banged on the door and asked what the fisherman was doing so successfully. The man inside said “come on in.” There was more fish inside, but the old man fishing there had no ice fishing equipment, just a hole in the ice. The old man looked at the young man and said “promise not to tell anybody my secret?” “Okay,” said the young man. “All you got to do is cut a hole in the ice, then sprinkle some peas in the water.” “Do you mean the kind of peas that humans eat?” asked the young man. “That’s exactly right young man, and when the fish come up to take a pea you kick’em in the ice hole.”

CONDOLENCES:  On behalf of all anglers our thoughts and prayers go out to Stan and Jean Knowles upon the loss of their son Scott who also loved to fish.  The Knowles family members are anglers who love the outdoors and are fine people and friends.  Our thoughts are with you! 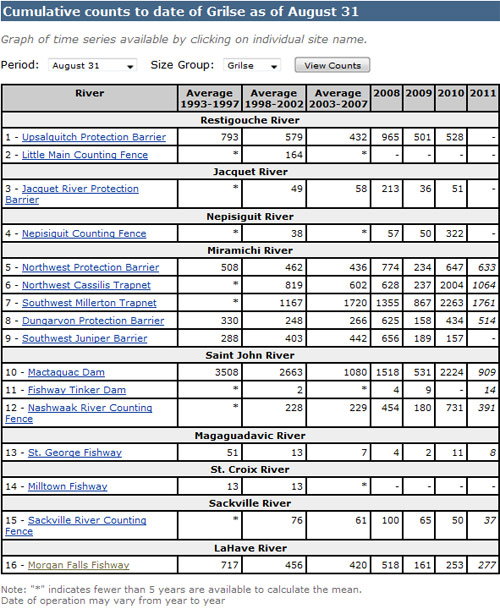 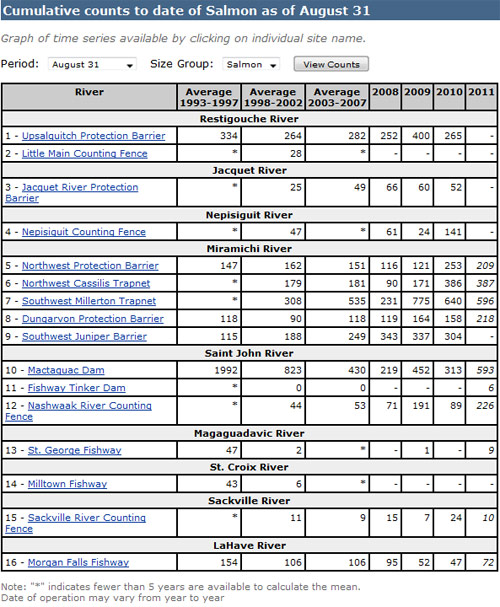