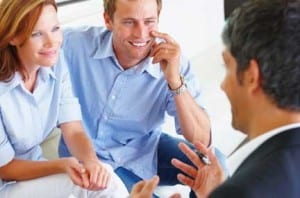 Understand the laws governing income splitting on your taxes by seeking the help of a professional.

Starting in 2007, the federal government now allows spouses to split their pension income for tax purposes. This new income-splitting opportunity has, however, created some confusion about the ability of spouses to split other types of income.

Unfortunately, the sad but true fact is that Canadian tax law prevents most types of income splitting among spouses, with pension income splitting being a rare exception. The federal government has a complex set of rules, known as attribution rules, that prevent tax-advantaged shifting of assets. The rules state that when you transfer or loan property, including money, either directly or indirectly to your spouse, then all income or loss from the property “plus any capital gain or loss on disposition of the property” will be attributed back to you.

For example, if you transfer some shares to your spouse and at a later time he/she sells them, you must report on your tax return any capital gain or loss between your original purchase price and the price your spouse received on the sale.

A recent tax case suggests that the Canada Revenue Agency (CRA) is carefully watching spousal income splitting. The case involved splitting of investment income, which is not permissible under the attribution laws.

On his tax returns for 1997 to 2000, Louis Muio attributed equally to himself and his wife the interest, dividend income and capital gains from investment accounts that were in his name only. In reassessments of his tax returns for 1997 to 1999 and in his 2000 assessment, CRA attributed all of the interest, dividends and capital gains to Mr. Muio alone.

Mr. Muio appealed to the Tax Court of Canada. However, his appeal was dismissed. The Court said that while he chose to keep the investment accounts in his name only (he claimed troubles in the marriage), Mr. Muio wanted his wife to share in the burden of the resultant taxes. Since the spouse’s annual income during the period in question averaged only about $10,000, the Court felt she could not have been contributing capital to the investment accounts. Since Mr. Muio’s employment income ranged from $75,000 to $163,000 per year during the same time, the Court believed he must have funded the investment accounts. Therefore, he alone should pay the taxes on all interest, dividends and capital gains.

The good news in the income-splitting story is, of course, the fact that pensioners might be able to save the family some tax dollars by splitting their eligible pension income between the higher and lower income spouse.

If you are 65 or over, your eligible pension income includes lifetime annuity payments under corporate pension plans (RPPs), Deferred Profit Sharing Plans (DPSPs), RRSPs, and RRIFs.

If you are under 65, eligible pension income includes lifetime payments under an RPP and certain other payments received due to the death of a spouse. Old Age Security and Canada Pension Plan payments are not considered eligible pension amounts.

Splitting pension income between spouses reduces the net income of the pension transferor while it increases the income of the spouse transferee. That is why pension splitting will affect tax credits and benefits calculated using one individual’s net income.

Optimizing your family scenario can be complex, so seek the help of your accountant or tax advisor to find the best split of pension income to produce the least tax payable and maximum tax benefits. 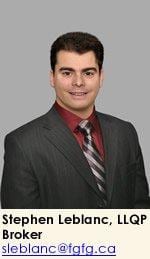 Stephen Leblanc is a Financial Advisor for Miramichi and surrounding areas for Front Gate Financial Group. He finds solutions for his clients’ financial situations. “I have been a financial advisor since 2007 and I am motivated when it comes to helping others. I deal with every different bank and numerous insurance companies that guarantee the best rates and products.” Stephen specializes in Life Insurance, Critical Illness, Disability, RRSPs, Annuities, Pensions, RESPs, Blue Cross, Group Plans and Mortgages. In his spare time Stephen is an active member of the community coaching Miramichi Minor hockey, enjoying all kinds of sports and spending quality time with his family. For more information visit his website at StephenLeblanc.ca.