Festival of Tall Ships to be Largest Ever in Province 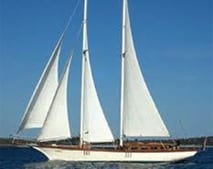 The City of Miramichi officially announced that the New Brunswick Festival of Tall Ships on the Miramichi will take place on the weekend of May 31st to June 2nd, 2013.

Mayor Gerry Cormier was pleased to announce that up to 10 tall ships will be sailing up the Miramichi River and docking at one of three wharves located in the city.

“We are very excited with the number of tall ships that will be participating in the festival, making it the largest ever gathering of tall ships in New Brunswick,” Mayor Cormier said. “Miramichi will be the only port of call on the east coast this summer for these vessels. Our city looks forward to welcoming the thousands of people expected to attend this three day event.”

Derek Burchill, Chair of the committee organizing the Tall Ship Festival, provided an overview of the activities that will be taking place, in addition to tours of the ships. 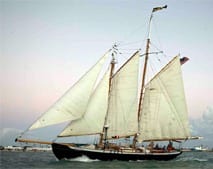 “We just received confirmation last week that the HMCS Summerside of the Royal Canadian Navy will be visiting Miramichi during the festival. This is a maritime coastal defence vessel based out of CFB Halifax. It will lead the flotilla of tall ships up the river on Friday, May 31st. Ron Casey, Tall Ship Coordinator, has been working with the tall ships’ representatives over the past few months to secure appearance contracts. This process is going very well.”

Attracting sponsorship and partners is ongoing. The major sponsor is 99.3 The River and Maritime Broadcasting System. The local radio station, along with other stations in the Maritimes will be providing updates and advertising for the festival. Their significant contribution will certainly help with getting the word out about the tall ships visit.

Partners include the Government of Canada, New Brunswick Tourism, Heritage & Culture, Downtowns Miramichi, Miramichi Chamber of Commerce, NBCC Miramichi Campus and Friends of Beaubears Island. These partnerships will assist with marketing, providing activities for visitors, volunteers and other financial and in-kind services.

Other activities planned as part of the weekend are puppet shows aboard the tall ship Sorca, local entertainment on board all the ships, public sailings on the Liana Ransom, helicopter rides, Miramichi Art Core’s paint out, local boat tours and special events on Beaubears Island.

“We encourage everyone to check out the web page www.miramichi.org/en/visting/tallships.asp, like us on Facebook at nbtallships and follow us on Twitter @NBTallShips to keep up to date on all the events that will be taking place during the New Brunswick Festival of Tall Ships on the Miramichi,” added Burchill. “Anyone who would like to get involved with the festival please contact us.” 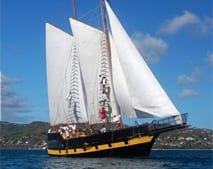 Friday May 31, 2013
4pm Grand Parade of Sail up the Miramichi River

6pm Ships dock at the three wharfs in Miramichi

7:30 – 10pm Sponsor/ships crew and invited guests to the Gala reception.

Saturday June 1, 2013
10am – 5pm Ships open dockside tours $10 pass or $35/ family allows participants on board all ships and listen to some great local entertainment (more details to follow). 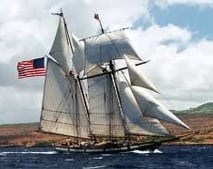 Entertainment on the Waterfront all day

Puppet Shows of the 1812 War by the Da PoPo Theatre group, four shows on each day

Beaubears Island Shipbuilding National Historical Site of Canada will be open from 10am to 5pm both days. They will have the boat in the water to take visitors to the site. 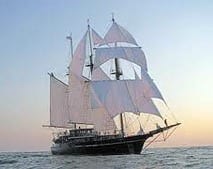 The Miramichi Art Core classes of about 30 artists are going to come and set up on the wharfs and be painting the ships each day.

Entertainment on the Waterfront all day

1pm Re-enactment of the 1812 was with the Longboats from Shelburne, NS

6pm Ships will depart for the Great Lakes