The Phantoms Movie gets Emmy Nod 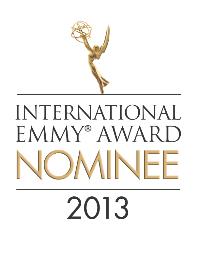 A television movie inspired by the real-life story of triumph in a small New Brunswick town has earned an International Emmy nomination for producers, Rick LeGuerrier and Timothy M. Hogan of Halifax-based, Dream Street Pictures.

Their two-hour dramatic film, The Phantoms, premiered last fall on CBC Television. Inspired by the events surrounding the 2009 New Brunswick provincial championship season of the Bathurst High School varsity basketball team, The Phantoms recounts the team’s difficult road to success after a devastating road accident took the lives of seven players, and the coach’s wife.

In the following year, as tragedy hung over the community, the BHS Phantoms returned to the court to honour the members they had lost. Against the odds, the ragtag group of players gelled as a team, and lifted not only their school ranking, but the spirit of their community. Filmed entirely on location in Bathurst, The Phantoms is an inspiring Canadian story about determination, courage and the power of community.

The Phantoms snagged a nomination for Best TV Movie or Mini-Series in the International Emmy® Kids Awards announced by the International Academy of Television Arts & Sciences. The Canadian movie is up against projects from Germany, China and the Netherlands. Winners will receive their awards at a gala on February 10, 2014 in New York City.

“We’re so very proud of this movie,” says LeGuerrier, “and delighted that this international recognition will help us bring this heartwarming story to a global audience.” 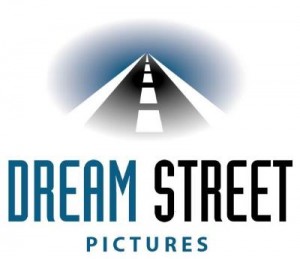 The Phantoms is produced by Dream Street Pictures, in association with CBC, and with the participation of the Canada Media Fund, the Shaw Rocket Fund, the COGECO Program Development Fund, and, the New Brunswick Film Tax Credit.

About Dream Street Pictures
Dream Street Pictures is an award-winning full service independent film and television Production Company specializing in drama, documentary and arts programming. Based in Halifax, Dream Street’s other dramas include the Gemini Award-winning mini-series, Canada Russia ’72, the Gemini-nominated, Open Heart, and Sticks & Stones, which captured the prestigious Shaw Rocket Prize and was named Best Picture by the International Family Film Festival in Hollywood.