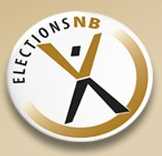 Elections New Brunswick’s 49 returning officers released the final results on Friday from the Sept. 22 general election and issued declarations regarding candidates having received the greatest number of votes to be elected. The final results confirm the candidates named as the winners on election night.

“The declarations released today uphold and validate the outcome of the unofficial results that were reported on election night,” said chief electoral officer Michael Quinn. “We remain confident that despite the troubles that occurred with uploading results to the website and media on election night, which caused a delay in reporting the final results, the counting of all votes cast was done accurately and did not change the outcome of the election.”

During the process of confirming the final results, five ballots were discovered that had not been processed through the tabulation machines by poll workers on election night and had been returned to local returning offices. Three of the ballots contained legitimate votes for one candidate in each of the electoral districts of 10- Miramichi (Bill Fraser), 11-Southwest Miramichi-Bay du Vin (Jake Stewart) and 42-Fredericton-York (Kirk MacDonald). These ballots were added to the results without affecting the outcome in those ridings. In 10-Miramichi and 41-Fredericton North, two other ballots could not be counted because the voters marked the ballots for more than one candidate and had no impact on the final vote count.

Should any candidate desire a recount, they have until Sept. 30 to file a request with a judge of The Court of Queen’s Bench, in accordance with section 94 of the Elections Act:

There is no legal authority to perform any other recounts, open ballot boxes or inspect other election documents, except under a judge’s order as detailed in subsection 98(1) of the Elections Act:

98(1) The Chief Electoral Officer shall retain in his possession the election documents transmitted to him by any returning officer with the return to the writ for at least one year, if the election is not contested during that time, and, if the election is contested, then for one year after the termination of the contest and thereafter the documents shall be deposited with the provincial archivist or such other person as the Lieutenant-Governor in Council may direct.

Pursuant to section 98 of the Elections Act, no ballots can be inspected or reviewed except on an order of a judge of The Court of Queen’s Bench. The chief electoral officer has announced his intention to confer with an advisory committee on the electoral process to discuss obtaining an order permitting access to the ballots within the year, in order to perform additional verifications of the results.