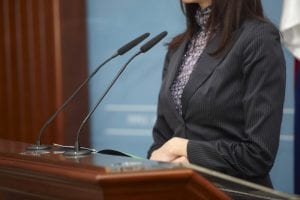 The Women of Miramichi Entrepreneurial Network has announced the finalists for their 2014 “Women of Influence Night” on November 29th. Being held at the Rodd Miramichi River Hotel, the annual Awards Ceremony features several categories which celebrate local women for success in both their careers and personal lives.

The categories for this year are “Female Entrepreneur of the Year,” “Female Professional Excellence of the Year,” and “Women of Influence.”

The award for Female Entrepreneur of the Year “recognizes and celebrates entrepreneurial spirit and success,” according to the Women of Miramichi website. This years finalists are Ellen Karasek, owner of Karasek Dance Studios, Angela Thomas, owner of Breatheasy Services, and Lisa Williams, owner of Unicare Inc.

Female Professional Excellence of the Year “recognizes an outstanding woman who is acknowledged in her field for her professional leadership.” The 2014 nominees are Lorri McEachern of the Miramichi Police Force, Paula Septon, of Bell Aliant, and Karen White-O’Connell of NBCC.

Finally, the Women of Influence award “recognizes an outstanding woman over the age of 29 who is respected and admired for her leadership, achievements, and contributions to her workplace, community, and is a positive influence. The nominees are Susan Butler, for her dedication to the Miramichi Folksong Festival, Connie Doucet, for her work with Hospice Miramichi, and Nancy Lordon for her passion for Miramichi.

Tickets to the award gala are $50 and will be available until November 24 at Town Hill Jewelry, Genesis Salon and Spa, and Season’s View Café.