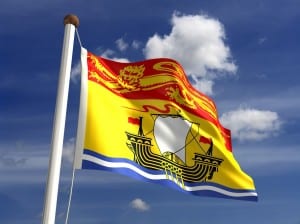 Two men from the Miramichi area received the Order of New Brunswick in Fredericton on November 5. Roger Augustine, the Assembly of First Nations Chief for New Brunswick and Prince Edward Island, and Wayne Curtis, an author originally from the Blackville area, were honoured for their great contributions to the province.

“The Order of New Brunswick was established in 2000 to recognize individuals who have demonstrated a high level of excellence and achievement in their particular field. Since 2002 more than 120 accomplished individuals have been inducted for their dedication and service to the province, its people and communities.”

Roger Augustine, AFN Regional Chief for New Brunswick and Prince Edward Island, is receiving the Order of New Brunswick for his efforts in improving the well-being of First Nations communities as well as strengthening the relationships between aboriginal and non-aboriginal communities.

Wayne Curtis is an author who is widely known for his literary works celebrating the Miramichi and New Brunswick. He is receiving the Order of New Brunswick for his numerous literary contributions and his commitment and dedication to Atlantic salmon conservation.