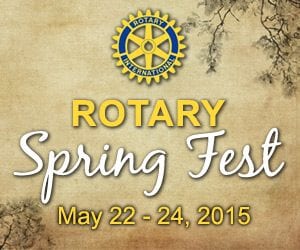 The Rotary Club of Newcastle have announced they will host a new Spring Festival the weekend of May 22-24, 2015. The weekend will involve a number of activities with lots of food, and will take place in the Newcastle downtown parking area in front of the library off Ledden Street.

Some familiar names and faces will be in charge of managing this event. Rotarians Geri Mahoney and Patricia (Pat) Perry have stepped up as Co-Chairs, and the same group of dedicated volunteers from the club make up the rest of the committee, with a few special guests along for their expertise.

Rotarian Gary Foley, known for his long hours of ice preparation at pond hockey, was a bit worried there may not be role for him. “In the early going I thought they might put me to work mowing the grass in the area, but Geri and Pat easily came up with a list of other things to do in preparing the site.” 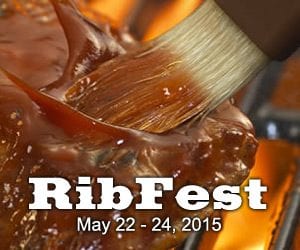 Perry explains, “the impetus for this project came from professional ribbers contacting our club to act as partners in a Ribfest. There will be at least four professional ribbers coming from the Toronto area, along with some additional food suppliers. These are the same people who are involved in Ribfests in other New Brunswick cities and southern Ontario. Rotary Clubs are frequently their partners.”

For her part, Mahoney is content with the change of pace. “We all enjoyed pond hockey and miss it, but it will be nice to enjoy some ribs rather than risk cracking our own in a fall on the ice. The temperature change for the activity will also be a bonus.”

Activities for the weekend are still being formulated, but washer toss and human foosball tournaments are definite. Texas hold’em poker will be located at a nearby facility. Children’s activities and the possibility of an open air church service Sunday morning are also being explored. Musical entertainment will be plentiful. Hopefully there will be something for everybody. 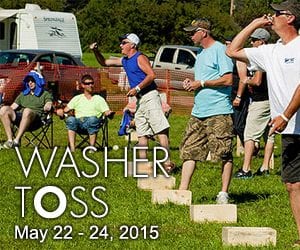 Washer toss is a familiar backyard activity in the Maritimes when family and friends get together. Malcolm Vautour, a two-time veteran of the World Washer Toss Championship in Nashwaak Bridge sees the potential in these events much like how pond hockey started off. “The World event is a lot of fun, and people come from all over the region to take part. It is a natural progression for more events to follow, and I am happy to see Miramichi getting in early. I expect the competition will be good as tossers from all over the Maritimes are interested in this event as news of it is starting to get out.”

Mahoney expressed her gratitude in having Vautour on board to organize and manage the event. Washer toss entries will be teams of two at a cost of $80, and guaranteed a minimum six games under a triple elimination format. The winning team will walk away with a cash prize of $1000 and a paid entry into the World event in August. Second and third place will also receive cash prizes. There will be a limit of 100 entries, and participants are encouraged to come up with creative names for their team. The “Rotary Atlantic Washer Toss Championship” has been sanctioned by the World Washer Toss Championship. 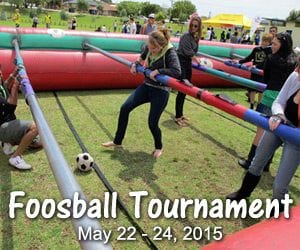 Human Foosball is the result of taking the popular foosball table game to the next level. Pat Perry thinks this event will be the fun one to watch all weekend. “Teams of six compete in a small enclosure to put a soft soccer ball through the goals. The only drawback is you have to keep holding onto the poles that come across the enclosure, which limits your movement. A quick search of YouTube will quickly bring up videos of participants having a lot of fun.”

Billed as the “Rotary Atlantic Human Foosball Championship”, entries will cost $300 for a team of six players, and teams can be comprised of any combination of friends, family, or co-workers. Due to the expected popularity of the event, the committee plans to build two enclosures for simultaneous games.

For more information on the Rotary Spring Festival, check out www.RotarySpringFest.com, or Like their Facebook Page. Registration for events will be rolled out in the near future, so please check often to avoid missing out. Depending on the weather that weekend, you may even get to wear your favourite hockey jersey again – see you Downtown!