May 16, 2015/Giv'er Miramichi/Be the first to comment/Arts & Entertainment, Community & Fundraising 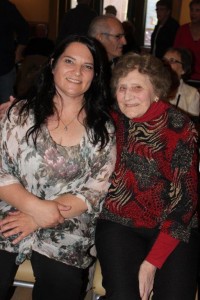 The Manitoba Fiddle Association Hall of Fame Member was accompanied by Jeremy Rusu, who was a sensation on every instrument he played.

The kitchen party atmosphere had Patti playing many of the songs she wrote throughout her career as well requests from the audience. 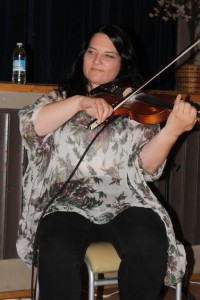 Patti at the Kin Centre

Patti’s list of accomplishments is a long one. She was the Canadian Junior Champion in 1985; three time Champion at the famous Pembroke, ON competition; six time Manitoba Champion; three time Grand North American Champion; and in 1994, 1995 and again in 1996, Patti won the prestigious Canadian Grand Masters Fiddling Championship in Ottawa, making her the first woman in the history of Canada to ever win and the very first person from Western Canada to attain the crown.

The event was sponsored by the Miramichi Folksong Festival and also featured a performance by Ian Craig, who opened the show for Patti and Jeremy.