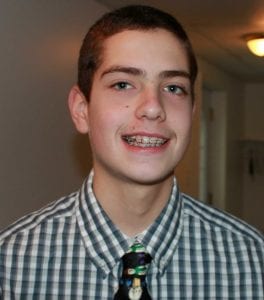 There will be a variety show fundraiser on Saturday, May 16, 2015 at the CWL Hall in White Rapids starting at 7 pm. All proceeds will go toward the Juvenile Diabetes Research Foundation’s (JDRF) Walk for a Cure. Local entertainment includes singers, dancers and actors. Fudge, sugar cones, chips, pop and water will be sold as well as 50/50 tickets. The event is being organized by Team Keenan of Barnettville and The Dalton Gang of Doyles Brook. These two local teams are heading to the JDRF Walk for a Cure in Moncton on June 14th.

Hollie Sturgeon, captain of The Dalton Gang, has been working very hard the past few weeks helping to organize this event. Her son, Dalton, was diagnosed with Type 1 Diabetes in November 2014.

“I was always a supporter of JDRF and the Walk for a Cure but now more than ever I realize how important their research is. We will be walking for a cure on June 14th in Moncton and every donation helps fund research for advancements in treatments of Diabetes. I know in my heart that someday they will find a cure for Diabetes. Until then we will take each day as it comes and with the support of family and friends we will live with Diabetes and enjoy every moment,” says Sturgeon.

Team Keenan is well known in the community as a champion of this cause. Jennifer Keenan, captain of Team Keenan, has attended the Walk for a Cure in Moncton for many years. Keenan’s two daughters, Jules and Abby, were diagnosed with Type 1 Diabetes just three weeks apart back in the summer of 2006. Team Keenan has hosted many local fundraisers throughout the years and even organized a Walk for a Cure in Miramichi on Middle Island in 2009. 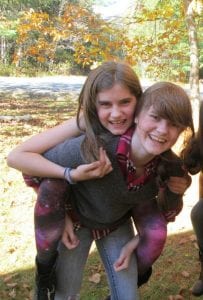 “Our family has faced many challenges since 2006. To be honest some days are much more difficult than others but we have such a wonderful support group of close family and friends as well as contacts within the JDRF community that have always been there for us and supported us. The work JDRF does is so important for families like ours,” Keenan says.

Team Keenan has joined forces with The Dalton Gang this year and the two teams will walk side by side in Moncton in June.

“The first walk you attend is a very emotional and empowering experience. To see so many families walking for a cure together and so many large businesses donating time and money and just to be a part of something so big is a very powerful moment. Team Keenan is honoured to share this experience with The Dalton Gang,” Keenan says.

Both Sturgeon and Keenan are hoping for a large turn-out on Saturday night. They have recruited some very talented local performers to entertain for the evening. Some of the performers set to take the stage are: Craig and Lori Ann Curtis, Christina Donovan, Greg Donovan, Sarah McNeil Innes, Michelle Jardine, Abby and Jules Keenan, Jessica Munn, The Nelson Doyle Dancers, Susanne Saulnier, Anna and Paulina Sturgeon, Amelia Underhill, Amber Walls and Zack’s Band.

If you’re unable to attend the event but you would like to make a donation visit www.jdrf.ca and search for The Dalton Gang or Team Keenan.