With the first ever Rotary Spring Fest set to begin this Friday and continuing through Sunday, the clock is ticking for the downtown Newcastle waterfront on Ledden Street to be a beehive of activity. 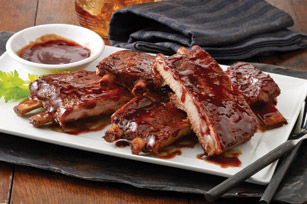 Final registrations are being accepted for washer toss, the foosball game schedule is being set, children are anticipating a weekend of fun, entertainers are practicing for their appearance, and the Point Church is finalizing plans for the outdoor church service.

Behind all this, the stage is being set for the first ever appearance of professional ribbers in Miramichi. Those same people who have fed the masses in other areas are now in our city, and bringing lots of food with them. With the spotlight now on them, the Rotary Club of Newcastle is pleased to reveal the following ribbers will be present.

Hailing from London, Ontario, Crabby’s B.B.Q. Shack has over 20 years in business and a long-standing track record of award winning barbeque. Crabby’s has proven to be one of the best on the grill, from the East coast to the West. Crabby’s uses a “low and slow” technique, baking their ribs at a low temperature for a long time which allows the flavours to stay in the meat. They have won the People’s Choice best ribs award in Toronto for 12 straight years, as well as over 400 other awards all over Ontario. Last year’s event in Fredericton was their first time outside of Ontario, where they snagged the People’s Choice award. Miramichi will be their first stop for 2015 in a seven city east coast tour. For more information, please visit www.CrabbysBBQShack.com.

Originally from Motley, Texas, now out of Zorra Township in Ontario, Texas Rangers began touring the Canadian circuit six years ago, winning several awards every year. The company has grown and become a large contender amongst the best in the North American Ribfest Circuit. Their sauce has a nice flavour with slight heat and ribs are finished on an open flame. Everything is Bigger in Texas!

Billy Bones BBQ and crew from Ontario have travelled the entire United States, Canada, and even Ireland winning state and national barbeque competitions. Their BBQ sauces have won over 250 awards with over fifty first place finishes. They offer BBQ sauces, BBQ rubs, hot sauces, competition dry rubs for ribs and pork, chicken and more. Billy’s BBQ products are original and tangy, with a hot smokey bite. For those less daring, they have a mild which is the same without the bite. Their secret formula dry rubs and famous sauces are responsible for some of the biggest awards and wins, including “Greatest Ribs in America” at the National Rib Cook-Off, “Best in the West” at the Nugget Rib Cook-Off, Best Ribs at the World Invitational, and Mid-West, Mid-Ohio and Iowa State Championships. For more information, please visit www.BillyBonesBBQ.com.

Chop Shop BBQ is a North Carolina BBQ team who bring a southern barbeque smoke taste, with a sauce that’s “sweeter than your mama’s lovin”. This husband and wife team cook their foods low and slow, using Red Oak and Alderwood. They promise food that is simple, but fantastic.