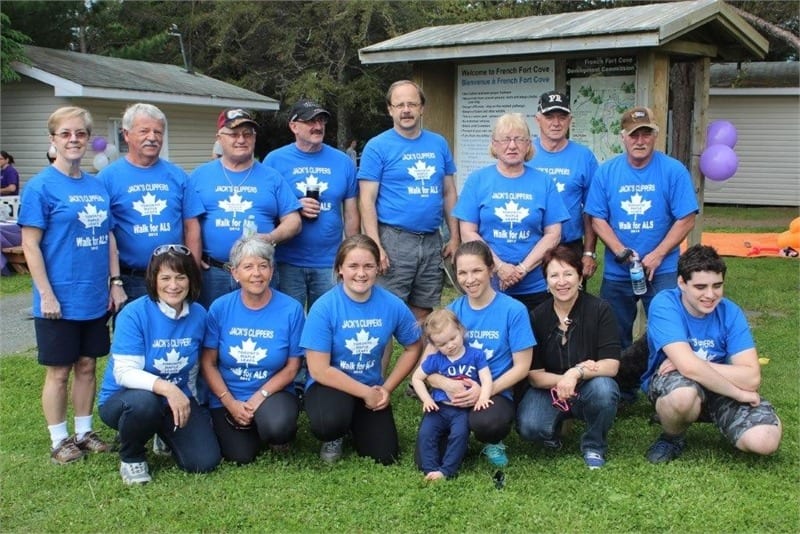 The ALS Walk was held on Saturday June 13th at French Fort Cove. Wendy Cook, Coordinator for the event since 2009, passed over the reins this year to Maggie Hawkes- Stothart. Maggie knows the importance of finding a cure. Her dad, John Hawkes recently passed way from ALS.

The event provided a full afternoon with entertainment by Adam Jardine, balloons and jumping castle by Ian Donovan, and a silent auction.

Also taking in the ALS Walk were Dianne and Mark Boutilier, who are crossing Canada in their 1953 GMC pick-up to raise money for the ALS Society. Amyotrophic lateral sclerosis, sometimes better known as Lou Gehrigʼs disease, is a devastating, fatal, neurological illness. June is National ALS Awareness Month in Canada, so on June 1 the Abbotsford couple set off in their spiffy vintage automobile with their sights set on Atlantic Canada. They plan to be back in Abbotsford on July 4th. Miramichi was the biggest stop over in New Brunswick for the Cruisin’ Canada for ALS team before continuing on to Nova Scotia.

Click to enlarge any of the photos below. To view even more photos from the event, visit the Mighty Miramichi Photo Gallery.