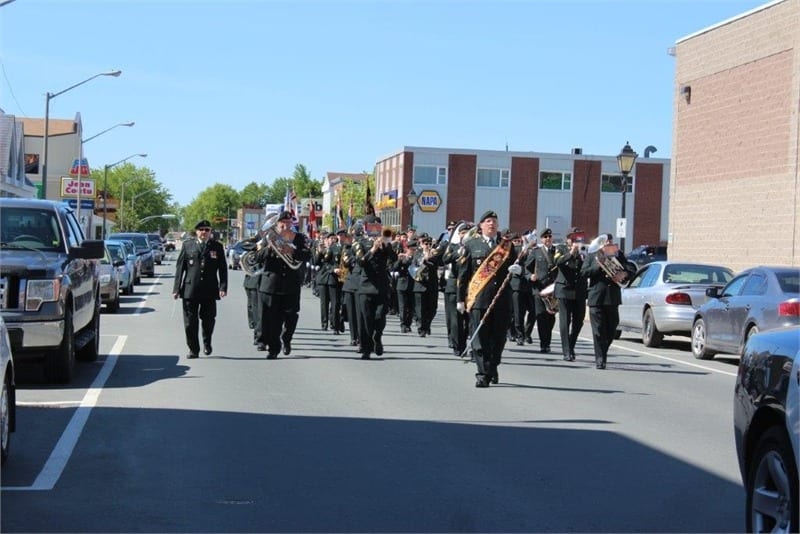 In honour of D-Day and for those who served, were wounded or gave there lives, a parade was held on Sunday June 7th in the Queen Elizabeth Park in Newcastle.

The event was hosted by the North Shore Veterans Association and the Royal Canadian Legion Branch #17. A large parade made its way to the park where Reviewing Officer for the event, Mayor Gerry Cormier reviewed the parade and gave remarks. Various organizations participated in the parade including The North Shore (New Brunswick) Regiment; 3037 Newcastle Army Cadets; Branches 3, 10 and 17 Royal Canadian Legions; the 315 Newcastle Air Cadets; Miramichi City Police; Canadian Peacekeepers Veterans Association Miramichi; and the Military Band from Gagetown.

Wreaths were also laid to honour those who served their country.

D-Day marked its 70th anniversary on June 6th, when the North Shore Regiment’s orders were to capture beach position and head inland to St. Aubin.

Click to enlarge any of the images below. To view many more photos from this event, visit the Mighty Miramichi Photo Gallery.