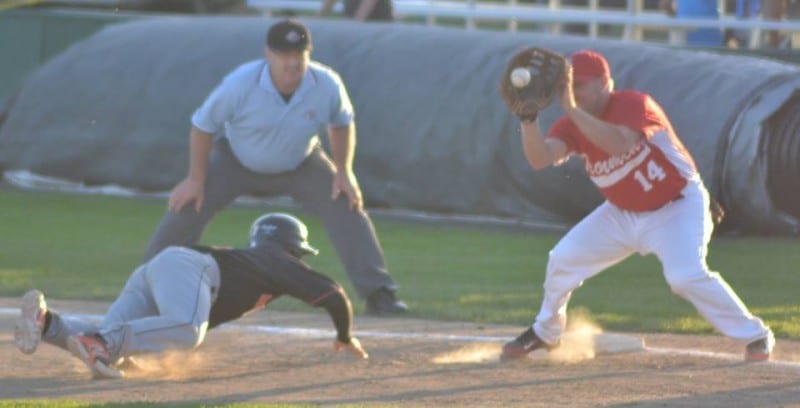 The Chatham Miecon Ironmen took over sole possession of second place with a 4-3 win over Moncton in a well played game at Ironmen Field. JF Neveu won his 6th game of the year tossing 6 innings. Ryan Lukach finished the game by striking out 3 in the bottom of the 7th to get the save.

Jeff McCarthy had two hits, including a 2 run homer and ended with 3 RBI. Jimmy Russell also had a home run for the Ironmen.

Next games on the Island on Saturday for a doubleheader.