TNB on Tour in Miramichi this Friday 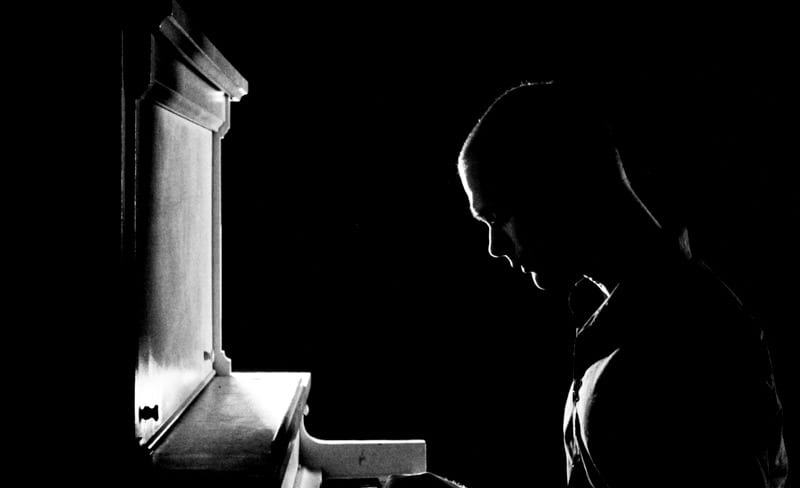 Theatre New Brunswick (TNB) launched its new season last week with a world premiere production at the company’s brand new studio theatre in Fredericton and this Friday night they are bringing that production to Miramichi’s Vogue Theatre in Chatham. In Thomas Morgan Jones’, powerful and moving one-person play, You Play Beautifully, a world famous pianist shares with the audience the story of his life, his passion for music, his tumultuous relationship with his mother, and his one great love affair, all told through elegant design, an original score, and the power of the spoken word.

The production introduces Toronto-based actor Byron Abalos to the TNB stage. Abalos, an accomplished actor, playwright and director, was named one of Toronto’s Top Ten Theatre Artists by NOW Magazine in 2010 and recently received a 2015 Dora Award for Outstanding Performance as part of Soulpepper’s 12 Angry Men ensemble.

You Play Beautifully features an original score by Fredericton composer and long-time theatre collaborator Michael Doherty. Doherty is serving as TNB’s 2015-2016 artist in residence, working on a number of collaborations with artistic director Thomas Morgan Jones.

See TNB’s You Play Beautifully this Friday night, September 18th at the Vogue Theatre, 50 Cunard Street in Chatham. The curtain rises at 7:30 pm. Tickets are $20 per person or $15 for students and are available at Brookdale Flower shop in Newcastle and Scott’s Pharmasave in Chatham.