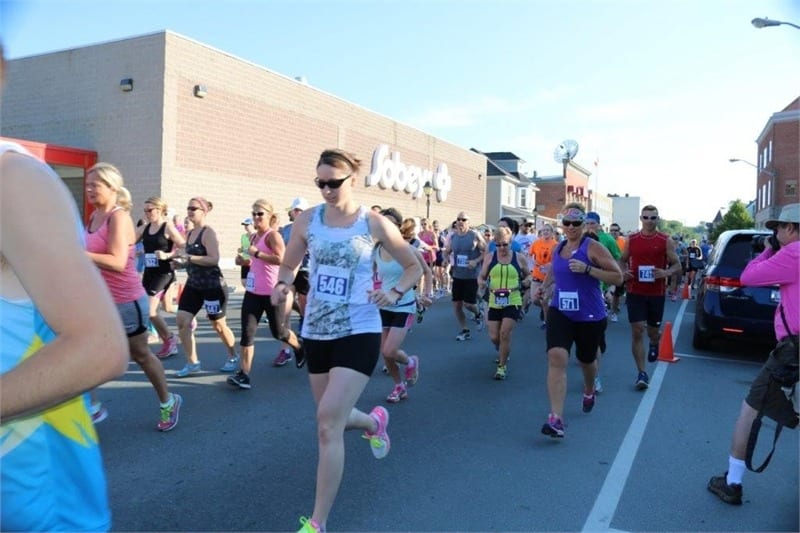 The 2016 Rock n Run took place yesterday Sunday June 26th in the Newcastle downtown. People of all ages took part in the race which was divided into 5K, 10K and half marathon categories.

In the 10K Jean-Marc Doiron of Moncton finished first at 33:59 while Kevin Duffy of Bible Hill came in at 38:09 and Brad McLellan from Bathurst followed at 39:28. The Half Marathon saw Jeremie Pellerin of Cocagne finish at the top with a time of 1:14:06. Greg Sawyer from Edmundston came second at 1:15:10 while third was Rémi Poitras of Saint-Basile with a time of 1:15:48.

For more information about the 2016 Rock n Run or other races scheduled for the Miramichi visit runmiramichi.ca

Click to enlarge any of the photos below. To view even more images, visit the Mighty Miramichi Photo Gallery.